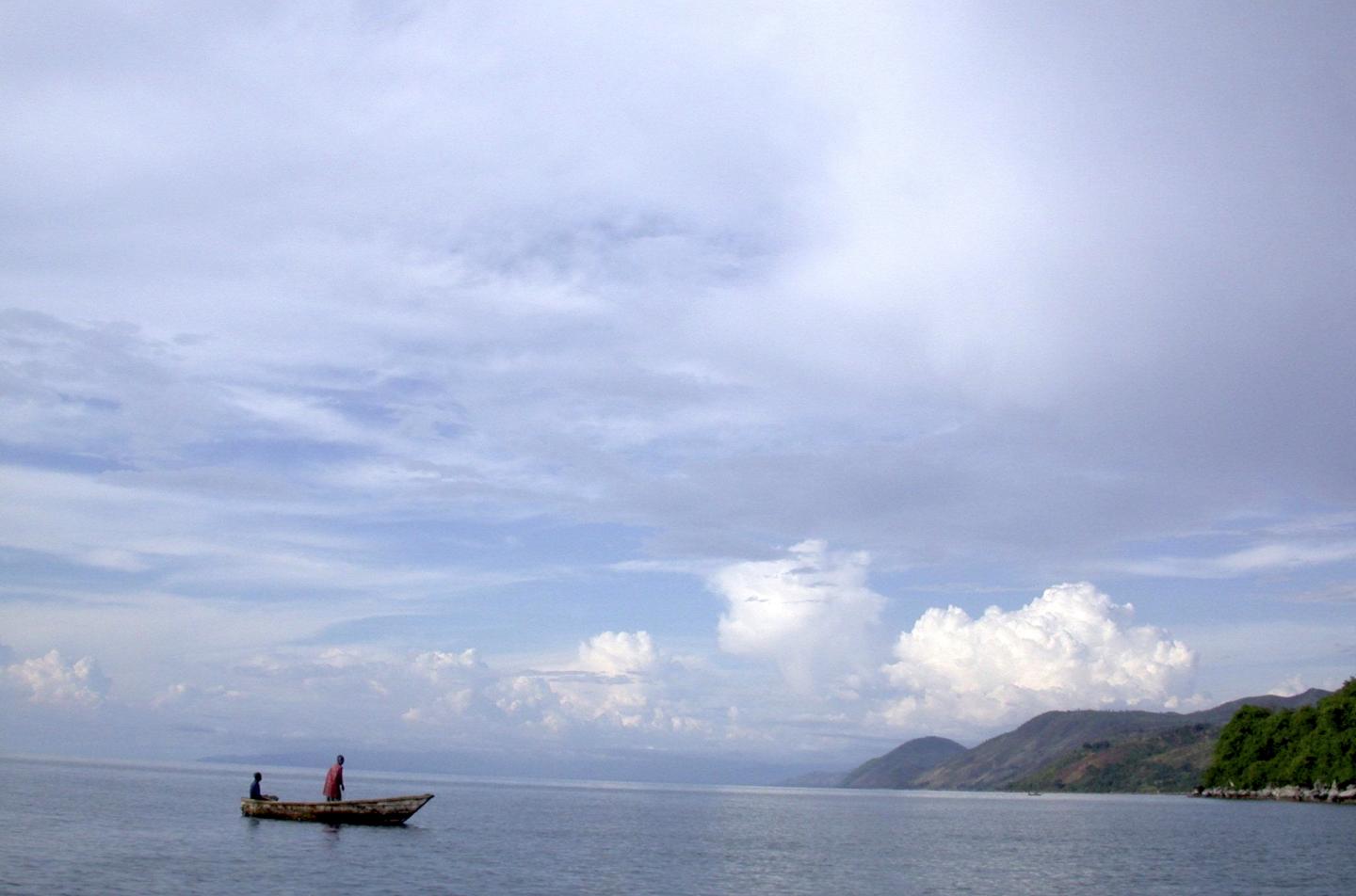 Sediments under Lake Tanganyika in Africa store chemicals that give paleoclimatologists information about atmospheric conditions in ancient times. A Rice University professor has created a computational model that helps translate what they find.

How cold did Earth get during the last ice age? The truth may lie deep beneath lakes and could help predict how the planet will warm again. Sediments in lake beds hold chemical records of ages past, among them the concurrent state of the atmosphere above. Scientists led by a Rice University professor and her colleagues have devised a new computational model to interpret what they reveal.

Sylvia Dee, an assistant professor of Earth, environmental and planetary sciences, and her colleagues have created a computational Lake Proxy System Model to translate data from deep beneath lake surface waters in a way that relates more directly to measurable climate model variables.

Their work is part of a public software platform created by Dee called PRYSM, and is described in the American Geophysical Union journal Paleoceanography and Paleoclimatology. Scientists who study past climate analyze geochemical signals from archives like corals and ice cores, or encoded in the rings of old trees, but not everyone interprets the data in the same way. Dee’s quest has been to design simple models that help interpret observations of past climate more uniformly with climate models, and in the process make these invaluable archives more relevant to studies of future climate change.

“We have climate model simulations going back thousands of years,” said Dee, who joined Rice this year. “They help us understand the drivers of past temperature and precipitation changes, but we have to use climate data from the past to ground truth the models.

“For example, if a climate model shows strong agreement with the temperature reconstructions we have from lakes, we might conclude this model’s physics are robust and that it can do a better job simulating what will happen under future anthropogenic warming.”

Lake beds store evidence of climate history in layered sediment that can be analyzed and dated by extracting cores. Dee’s study used climate model data to explore and understand the lake archives scientists use to reconstruct atmospheric conditions for a given time.

“Some of the richest temperature and precipitation histories that we have on Earth come from lakes,” Dee said. “People have been measuring indicators in sediments for years, but it isn’t straightforward to compare that data to climate models.

“That’s where I come in,” she said. “I’m part of a group of scientists focused on translating between what climate models tell us about past changes in the climate system and what the data are telling us.”

Dee and her team simulated lake temperatures and climate archives in two lakes in Africa, Malawi and Tanganyika, stretching back to the last glacial maximum about 21,000 years ago, when global temperatures were estimated to be between 3 to 5 degrees Celsius colder than today.

“That’s a clear target for climatologists,” she said. “We have clues from the past that tell us how cold the African continent was. It’s the last time in Earth’s climate history that there was a dramatic shift in mean climate due to carbon dioxide forcing, and we use it as a test bed for climate model performance.”

“For example, if modeled air temperatures show a 4 degree Celsius warming since the last glacial maximum in Africa and the lake damps that signal to 3 degrees, we might wrongly conclude that air temperatures were a full degree warmer than they really were. We’re essentially able to quantify how much error one might expect in our interpretation of past temperature change.

Those errors are incurred by the lake alone,” she said.

“That’s important to know,” Dee said. “These lake reconstructions are some of the only data available to help us understand how temperatures will evolve on the African continent in a warming world. Our hope is that PRYSM helps pin down these climate changes with higher confidence.”

She and her colleagues plan to add more known paleoclimate proxies over time. Because PRYSM is open source, anyone can access the code (through GitHub) and enhance it.

“I’m trying to get everyone in the modeling and paleoclimate communities to talk to each other,” Dee said. “PRYSM is an effort to get both communities to understand we cannot compare apples to oranges. We need to compare paleoclimate data and model simulations in a more formal way, and in doing so, we hope to dramatically improve our interpretations of past climate changes.

“The great thing about being able to get snapshots of temperatures in the past is that we can hopefully build a broader understanding of how the planet is going to react to continued anthropogenic climate change,” she said. “We have direct measurements of what’s happened in the last 150 years. But if we look further back in time, we have bigger changes in carbon dioxide, bigger changes in volcanism and larger ice sheets on Earth. Those are heavy hammers. They help us understand how the climate reacts to stronger forcing.”