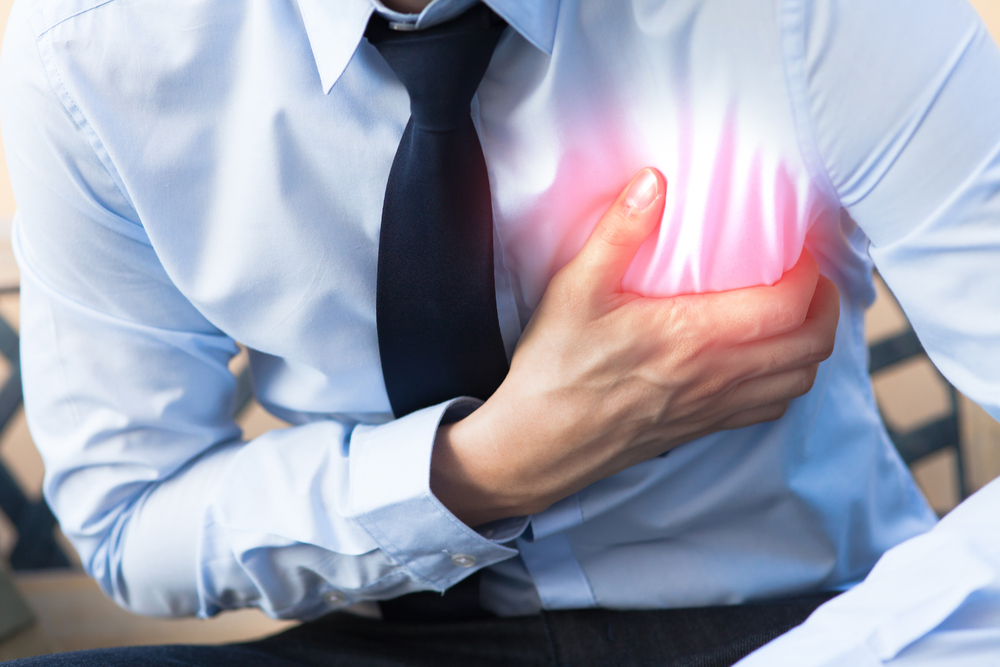 “Atrial fibrillation is thought to be responsible for 20 to 30 percent of all strokes in the United States,” said Northwestern University’s Michael Markl, the Lester B. and Frances T. Knight Professor of Cardiac Imaging. “While atrial fibrillation is easy to detect and diagnose, it’s not easy to predict who will suffer a stroke because of it.”

Markl, who is a professor of biomedical engineering in Northwestern’s McCormick School of Engineering and of radiology in the Feinberg School of Medicine, has developed a new imaging technique that can help predict who is most at risk for stroke. This breakthrough could lead to better treatment and outcomes for patients with atrial fibrillation.

Supported by the American Heart Association and the National Institutes of Health, the research was described online this month in the journal Circulation: Cardiovascular Imaging.

Atrial fibrillation is linked to stroke because it slows the patient’s blood flow. The slow, sluggish blood flow can lead to blood clots, which can then travel to the brain and initiate stroke. Markl’s cardiac magnetic resonance (CMR) imaging test can detect the blood’s velocity through the heart and body. Called “atrial 4D flow CMR,” the technique is non-invasive and does not require contrast agents. The imaging program, which images blood flow dynamically and in the three spatial dimensions, comes in the form of software that can also be integrated into current MRI equipment without the need of special hardware and scanners or equipment upgrades.

“We simply programmed the scanner to generate information differently — in a way that wasn’t previously available,” Markl said. “It allows you to measure flow, diffusion of molecules, and tissue elasticity. You can interrogate the human body in a very detailed manner.”

Historically, physicians have attempted to assess stroke risk in atrial fibrillation patients by using a risk scoring system, which takes risk factors, such as age, general health, and gender, into account. Higher risk patients are then given medicine to prevent blood clots that lead to stroke.

“It’s very well accepted that these therapies significantly reduce the risk of stroke,” Markl said. “But they also increase risk of bleeding complications. It’s a dilemma that physicians face. They want to reduce one risk without introducing another risk. It’s particularly difficult for younger patients who might be on these medications for a long period of time. Maybe the risk of bleeding is initially small. But after taking medication for 20 or 30 years, it’s more and more likely that they’ll experience complications.”

Markl’s 4D flow imaging technique can give a more precise assessment of who needs the medication, preventing physicians from over treating their patients. In a pilot study with 60 patients and a control group, Markl found that atrial fibrillation patients who would have been considered high risk for stroke by the traditional scoring system in fact had normal blood flow, while patients who were considered lower risk sometimes had the slow blood flow indicative of potential clotting.

“About 50 or 60 percent of patients who you would consider high risk actually had normal flows,” Markl said. “You could then hypothesize that those 50 percent don’t really need the treatment.”

Markl plans to continue following atrial fibrillation patients as a part of a long-term study to better understand the predictive power and diagnostic value of his new imaging technique. His team is also developing algorithms and tools to make it easier to analyze the data.

“The challenge lies in the complexity of the technology,” Markl said. “We want to integrate tools that help deliver test results within a matter of minutes.”