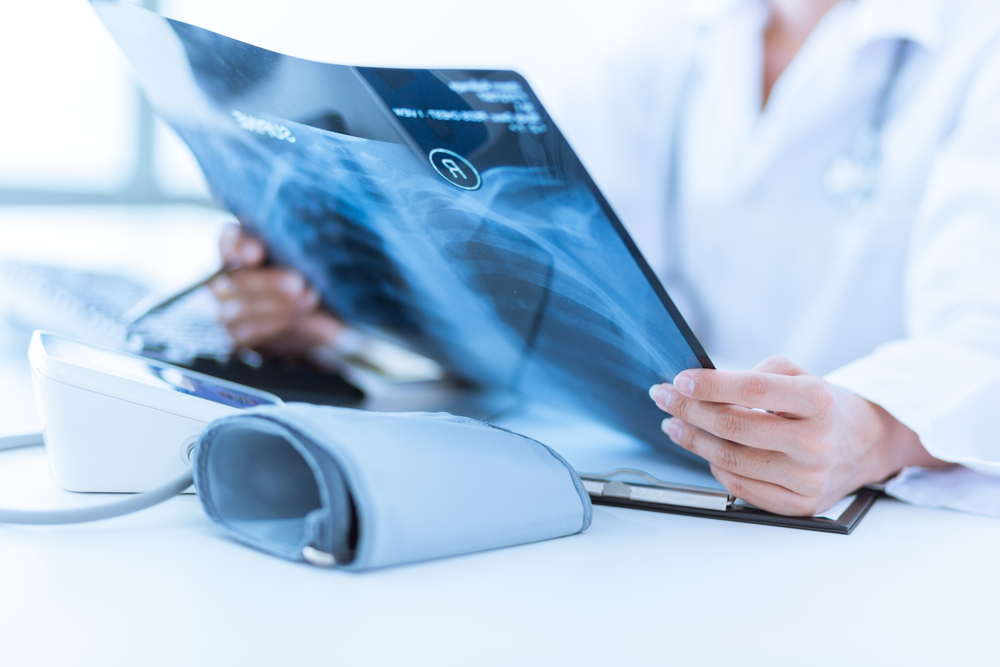 It’s hard to get an X-ray image of low-density material like tissue between bones because X-rays just pass right through like sunlight through a window. But what if you need to see the area that isn’t bone?

Sandia National Laboratories studies myriads of low-density materials, from laminate layers in airplane wings to foams and epoxies that cushion parts. So Sandia borrowed and refined a technique being studied by the medical field, X-ray phase contrast imaging, to look inside the softer side of things without taking them apart.

Sandia has to be able to spot defects before they might cause a high-consequence failure, because materials don’t perform well with voids or cracks or if they’re separating from adjacent surfaces. For example, conventional X-rays can’t see a defect called a grafoil in the laminate layers of an airplane wing without removing the protective copper mesh that diffuses energy if lightning hits the plane. And they can’t see the critically important foams and other materials that guard against shock, high voltage breakdown and thermal stresses in nuclear weapon components.

X-ray phase contrast imaging measures not just the number of X-ray photons that get through the sample, as in conventional X-ray imaging, but also the phase of the X-rays after they pass through, offering a complete look at interfaces inside a structure.

For low-density materials like plastics, polymers, foams and other encapsulants, this phase signal can be a thousand times bigger than the absorption signal (of conventional X-ray),” said principal investigator Amber Dagel, who studies physics-based microsystems.

X-ray phase contrast imaging could be used to inspect microfabrication packaging, integrated circuits or micro-electro-mechanical components and could be used to study ceramics, polymers, chemicals or explosives.

Sandia’s technique achieved X-ray phase contrast imaging in a lab without a synchrotron, an expensive piece of equipment the size of a football field.

Take an orange. Dagel had one in her office and, recognizing it’s really just low-density materials, she and her colleagues imaged it to demonstrate their system.

A conventional X-ray picture of an orange is fuzzy, without detail. X-ray phase contrast imaging clearly shows the differences between the thin layers of zest and pith and how those layers look compared to the thick pulp.

Sandia Labs’ research began with a Laboratory Directed Research and Development project from 2014-2016 that demonstrated X-ray phase contrast imaging could show details where one material meets another. A new LDRD takes the next step, learning to make gratings that operate at higher X-ray energies.

Gratings, optical components which look like bunches of upright parallel bars, create interference in the X-ray beam, like an interferometer, merging sources of light to create an interference pattern that can be measured.

Gratings are critical to the technique, and using them at higher energies “will let us look at more samples, samples that are denser or samples that are bigger,” Dagel said. They’re difficult to make, but Dagel said Sandia’s metal micromachining team led by Christian Arrington makes highly uniform ones up to 4 inches square. That’s considered large scale, and Sandia is able to make gratings as one large piece with good uniformity, she said. Grating size determines how much of a sample can be seen at once.

Most other groups studying phase contrast X-ray imaging are looking into the technique for medical imaging, while Sandia is studying it for materials science applications.

“By sampling the bright and dark pattern we’re able to reconstruct on the detector what this pattern must have looked like,” Dagel said. “That’s if the light just goes through with no sample there. What if now I put something, like an orange, in front of it?” The light wave is delayed even more going through the orange, “so now you took that waviness and you gave it even more shape. We’re measuring how this wave front, this phase, changes as it passes through the sample.”

She believes the technique eventually will have an enormous impact, both for research and quality control on the factory floor.

“I think it can be useful in the research phase, when you’re trying to understand the distribution of microbeads within an epoxy or how the foam is mating with the canister it’s filling up, is there a gap there? Or what defects can I see in my airplane wing laminate?” she said. “I also think it can be used in quality assurance: I know what my part should look like, but I need to make sure there aren’t cracks, there aren’t voids.”

Dagel and colleagues have presented their research at several conferences, including the International Workshop on X-ray and Neutron Phase Imaging with Gratings in 2015 and the SPIE Defense + Commercial Sensing conference last year.