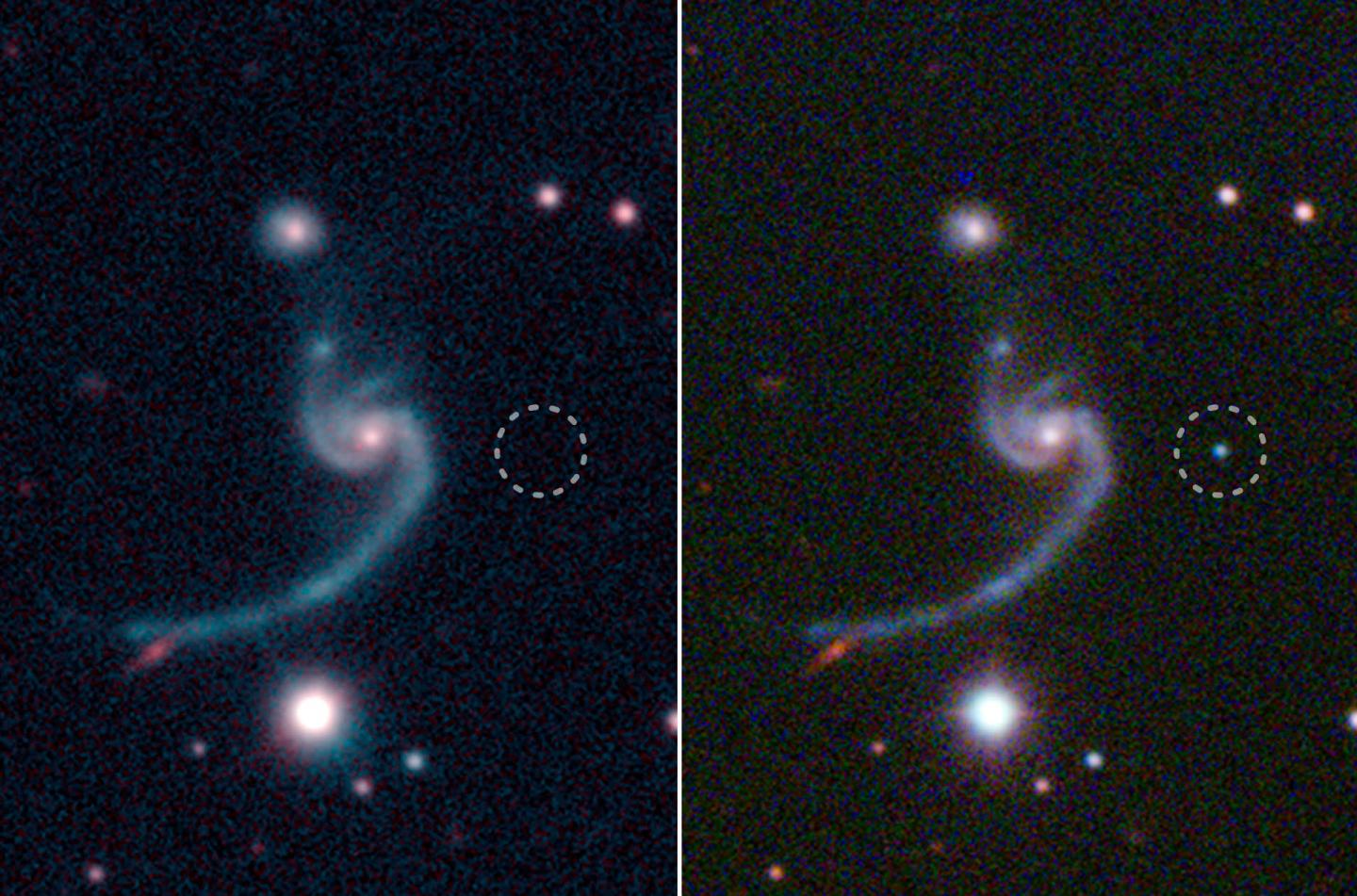 An international research team discovered the first recorded “ultra-stripped supernova,” a rare, faint type of supernova that is believed to play a role in the formation of binary neutron star systems. These findings will advance our understanding of a wide variety of topics ranging from gravitational waves to the origin of precious metals like gold and platinum.

A collision between two neutron stars produces a variety of heavy elements, including precious metals. Such a collision also produces electromagnetic waves and gravitational waves like those observed in August 2017. Although these collisions have been observed, it was unknown how two neutron stars could form close enough together to eventually spiral down into each other and collide.

A research team including Takashi Moriya at the National Astronomical Observatory of Japan (NAOJ) proposed a new formation hypothesis where the gravitational force of the neutron star formed during the first supernova strips most of the outer layer of the remaining star. When this “ultra-stripped” star then explodes, the supernova has much less ejecta and the system can remain stable. The team named this second type of supernova “ultra-stripped supernovae.”

Given these predictions, a team led by Kishalay De, a PhD student at California Institute of Technology, searched the data archive of the intermediate Palomar Transient Factory (iPTF) and found “iPTF14gqr,” a peculiar supernova for which the brightness evolution and spectroscopic features closely matched Moriya’s simulations, including hints of a diffuse helium envelope.

Moriya explains, “This is the first clear detection of a supernova which can result in the formation of a binary neutron star system. In addition to the observations of binary neutron stars by gravitational and electromagnetic waves, the detections of ultra-stripped supernovae will play an important role in understanding the birthplace of elements.”