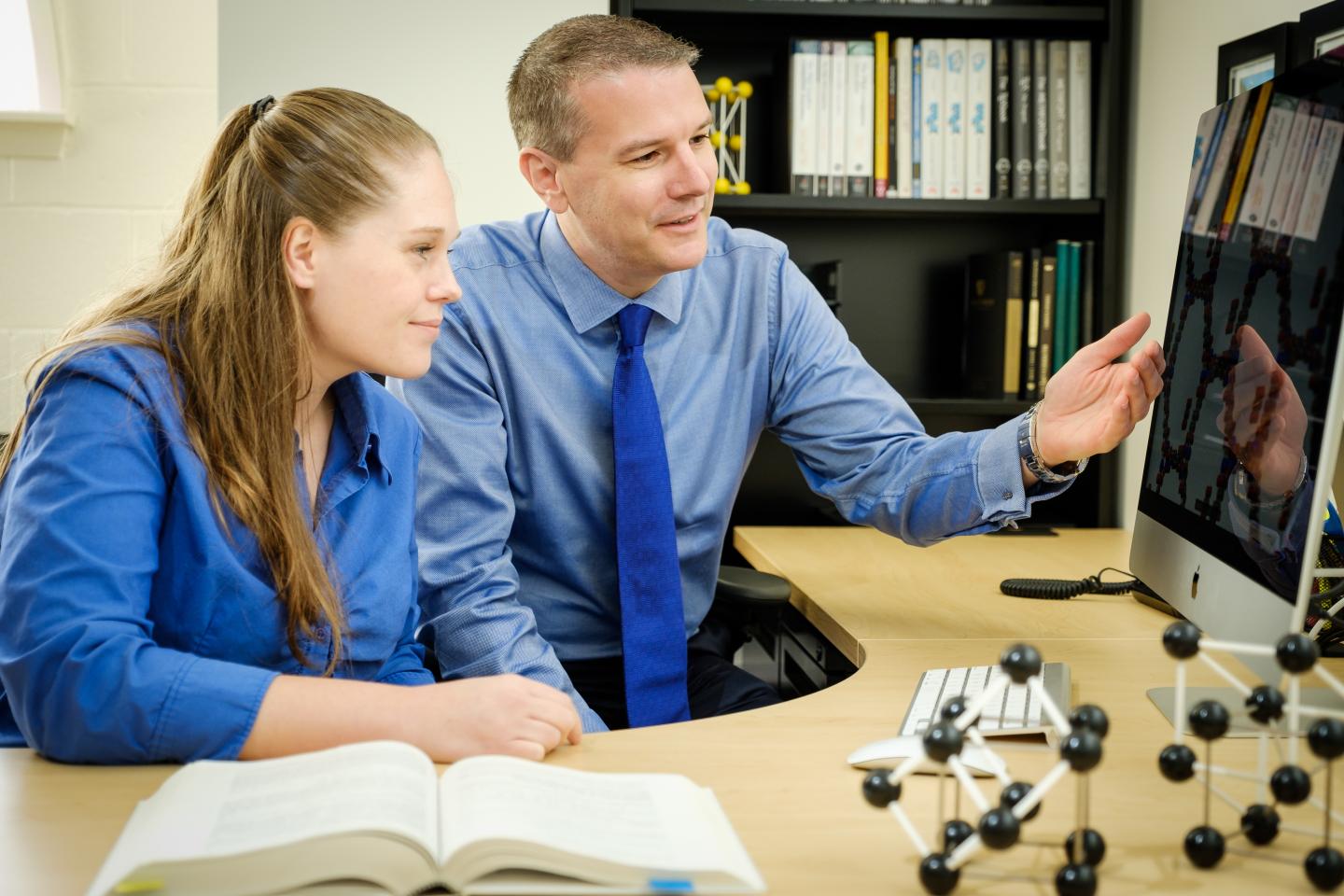 A new method for capturing radioactive waste from nuclear power plants is cheaper and more effective than current methods, a potential boon for the energy industry, according to new research published in the journal Nature Communications.

“Our capture method by far outperforms all current technologies and may change the landscape of energy production worldwide,” said Timo Thonhauser, the Wake Forest University computational physicist on the research team.

The new molecular trap, a metal-organic framework (MOF) called MIL-101-Cr, was developed by scientists led by Jing Li at Rutgers University, analyzed by Thonhauser’s lab at Wake Forest and measured by scientists in Yves Chabal’s lab at the University of Texas-Dallas.

MOFs are a relatively new class of materials in which metal corners are connected by an organic linker.

“That becomes an entire framework with empty space in the middle,” Thonhauser explained. “It looks kind of like a sponge.”

The breakthrough came when the researchers at Rutgers attached “grabbers” to the metal corners of their MOF, creating MIL-101-Cr, an industrial adsorbent that is very good at capturing one particular byproduct of nuclear energy production – radioactive iodide. This substance has been linked to cancer in humans.

As the research team’s computational physicist, Thonhauser, with post-doctoral assistant Stephanie Jensen, ran theoretical tests of the MOF using a supercomputer. Their aim was to determine why and how the trap works so it can be improved in further testing.

In fact, this MOF is three to four times better than the current industrial adsorbent used by nuclear power plants. It’s also cheaper, because it doesn’t rely on a precious metal such as silver to form its corners.

That fact alone could save on fuel costs around the globe. A 2015 report by the World Nuclear Association ranked the cost of nuclear power in the U.S. lower than coal but higher than natural gas.