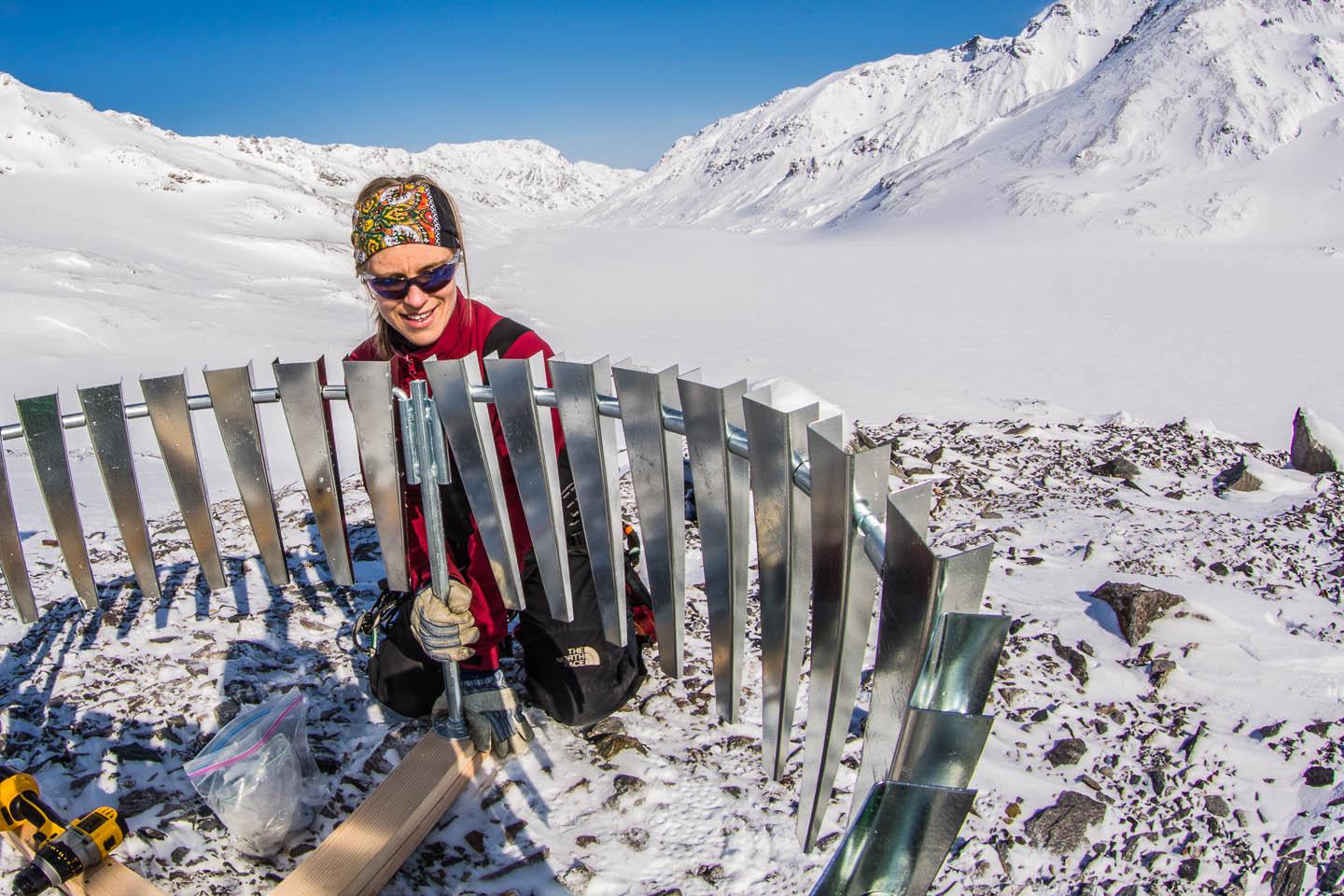 Small mountain glaciers play a big role in recharging vital aquifers and in keeping rivers flowing during the winter, according to a new study published in Geophysical Research Letters, a journal of the American Geophysical Union.

The study also suggests that the accelerated melting of mountain glaciers in recent decades may explain a phenomenon that has long puzzled scientists — why Arctic and sub-Arctic rivers have increased their water flow during the winter even without a correlative increase in rain or snowfall.

“I think that mountain glaciers in the Arctic and sub-Arctic have really been underappreciated as a source of water to the landscape,” said Anna Liljedahl, the lead author and an associate professor at the University of Alaska Fairbanks’ Water and Environmental Research Center.

Liljedahl and her co-authors at the U.S. Geological Survey and U.S. Army Corps of Engineers’ Cold Regions Research and Engineering Laboratory studied a watershed in a semidry climate in the eastern Alaska Range. The team looked at how meltwater from two small mountain glaciers flowed through the system and influenced the mountain streams, rivers and groundwater all year long.

Through extensive field measurements, the team found that Jarvis and Gulkana glaciers contributed 15 percent to 66 percent of the annual flow in mountain streams that drain the glaciers’ meltwater into the Delta River. Yet when the team compared the volume of water at an upper site and another site about 35 miles downstream on one of the major mountain streams, they found that the stream lost half its water to an aquifer storing groundwater.

“These headwater streams, coming off the mountains and into the lowland, are like the water line to your house peppered with holes, half of the water disappearing into the ground and recharging your neighbor’s house well instead of it all reaching your kitchen faucet,” said Liljedahl.

Liljedahl said the recharge of the aquifers is important because they don’t freeze during the winter and are the only source of water to the rivers during this time. In the town of Delta Junction, which sits adjacent to the Delta River far downstream from the Jarvis and Gulkana glaciers, the water table drops more than 33 feet each winter as the aquifers drain. The water leaks into the Tanana River, which the Delta River also feeds.

Liljedahl said this process has probably continued for thousands of years. Yet recent temperature gains in climate may be accelerating the glaciers’ melting and introducing more meltwater into aquifers and then the rivers.

“The winter discharge of the Tanana River has increased since the record keeping began in the ’70s, but there are no increasing trends in precipitation,” she said. “Glacier coverage has, on the other hand, decreased by 12 percent, and that is more than plenty of additional water to explain the increase in river base flow. In fact, about five times more.”

But it may not be long before this process ends all together, she said. The glaciers are disappearing or shrinking to very high elevations where colder temperatures slow melting. As glacier melt decreases, so may the stream flow if there is not enough water to both feed both the aquifer and the stream.

Co-author Shad O’Neel, a researcher with the U.S. Geological Survey’s Alaska Science Center, said this study shows another way that glaciers are connected to the ecosystem and to humans in the Arctic.

“Although the traditional focus of glaciology has been on sea level rise, we are rapidly discovering that the small mountain glaciers may have large impacts on human populations,” he said. “Across the globe, the mountain glaciers influence ecosystem processes like stream flow, nutrient delivery and primary production in the ocean. Human implications range from drinking and agricultural water supplies to recreation and tourism. “

Michel Baraer, professor at École de Technologie Supérieure in Quebec, Canada, said the study only marks the beginning of research on links between glaciers and groundwater.

“No doubt that it will be the precursor of new research in that field,” he said.

Liljedahl said she is currently researching the role of mountain glacier melt in the water cycle in other semiarid landscapes, such as those in the Russian and Canadian Arctic. If the process holds true in these places, she said, then tiny mountain glaciers may be helping power watersheds throughout large portions of the Arctic.

“I think people have assumed that these tiny glaciers are not important because they’re tiny, but we’re in a climate where we have very little precipitation,” she said. “Any additional water can make a big splash.”