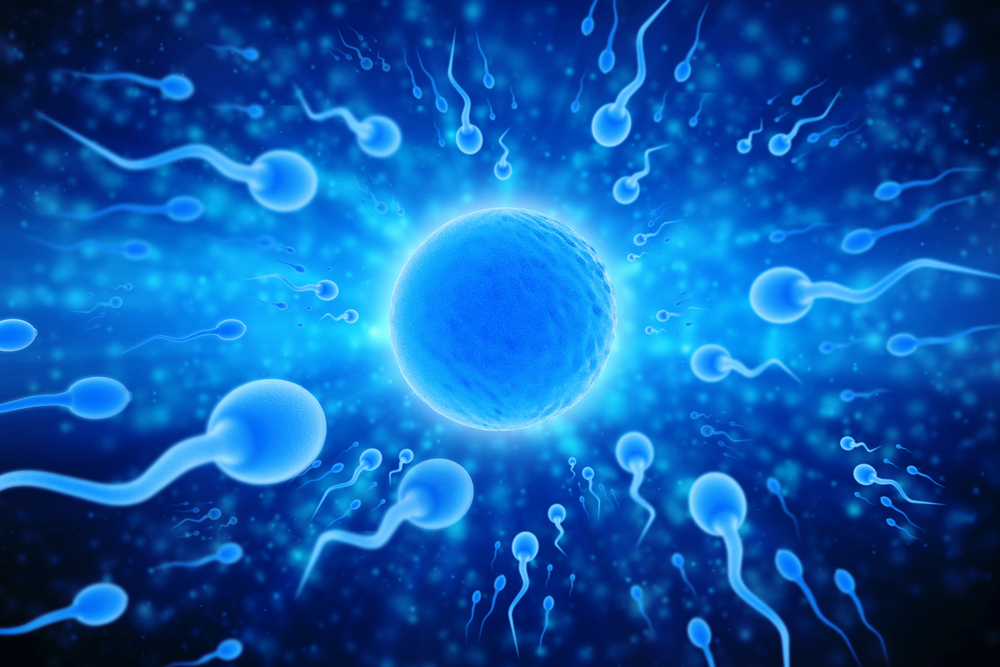 Researchers have developed a mathematical formula based on the rhythmic movement of a sperm's head and tail, which significantly reduces the complexities of understanding and predicting how sperm make the difficult journey towards fertilising an egg.

Researchers at the Universities of York, Birmingham, Oxford and Kyoto University, Japan, found that the sperm's tail creates a characteristic rhythm that pushes the sperm forward, but also pulls the head backwards and sideways in a coordinated fashion.

Successful fertility relies on how a sperm moves through fluid, but capturing details of this movement is a complicated issue.

The team aim to use these new findings to understand how larger groups of sperm behave and interact, a task that would be impossible using modern observational techniques. The work could provide new insights into treating male infertility.

Dr Hermes Gadêlha, from the University of York's Department of Mathematics, said: "In order to observe, at the microscale, how a sperm achieves forward propulsion through fluid, sophisticated microscopic high precision techniques are currently employed.

"Measurements of the beat of the sperm's tail are fed into a computer model, which then helps to understand the fluid flow patterns that result from this movement.

"Numerical simulations are used to identify the flow around the sperm, but as the structures of the fluid are so complex, the data is particularly challenging to understand and use. Around 55 million spermatozoa are found in a given sample, so it is understandably very difficult to model how they move simultaneously.

"We wanted to create a mathematical formula that would simplify how we address this problem and make it easier to predict how large numbers of sperm swim. This would help us understand why some sperm succeed and others fail."

By analysing the head and tail movements of the sperm, researchers have now shown that the sperm moves the fluid in a coordinated rhythmic way, which can be captured to form a relatively simple mathematical formula. This means complex and expensive computer simulations are no longer needed to understand how the fluid moves as the sperm swim.

The research demonstrated that the sperm has to make multiple contradictory movements, such as moving backwards, in order to propel it forward towards the egg.

The whip-like tail of the sperm has a particular rhythm that pulls the head backwards and sideways to create a jerky fluid flow, countering some of the intense friction that is created due to their diminutive sizes.

Dr Gadêlha said: "It is true when scientists say how miraculous it is that a sperm ever reaches an egg, but the human body has a very sophisticated system of making sure the right cells come together.

"You would assume that the jerky movements of the sperm would have a very random impact on the fluid flow around it, making it even more difficult for competing sperm cells to navigate through it, but in fact you see well defined patterns forming in the fluid around the sperm.

"This suggests that sperm stirs the fluid around in a very coordinated way to achieve locomotion, not too dissimilar to the way in which magnetic fields are formed around magnets. So although the fluid drag makes it very difficult for the sperm to make forward motion, it does coordinate with its rhythmic movements to ensure that only a few selected ones achieve forward propulsion."

Now that the team has a mathematical formula that can predict the fluid movement of one sperm, the next step is to use the model for predictions on larger numbers of cells. They also believe that it will have implications for new innovations in infertility treatment.

The research is published in the journal Physical Review Letters.