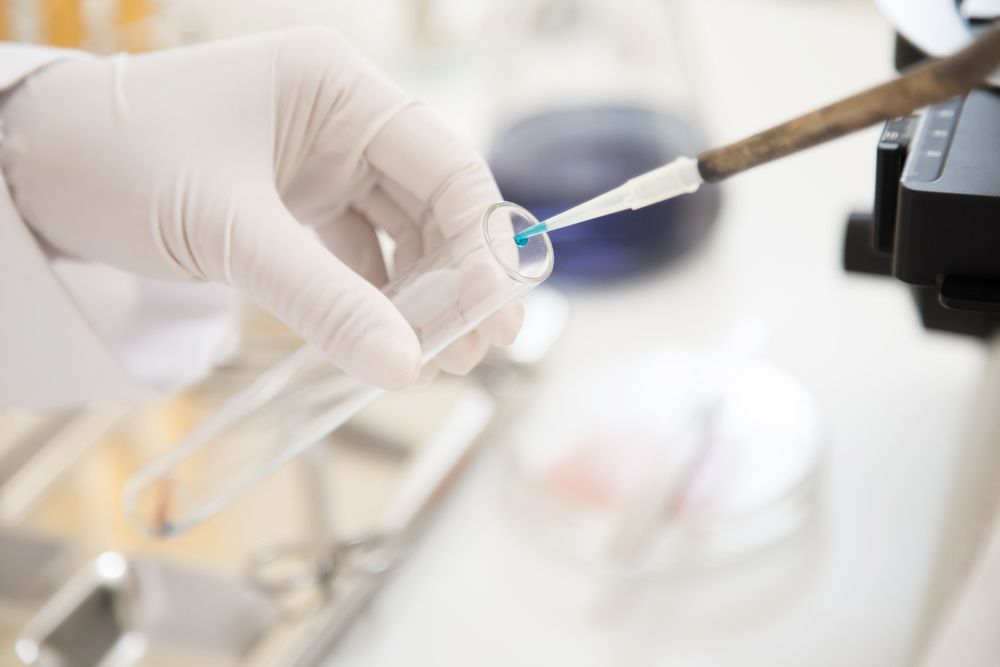 Researchers at the Hebrew University of Jerusalem have created a nanophotonic chip system using lasers and bacteria to observe fluorescence emitted from a single bacterial cell. To fix the bacteria in place and to route light toward individual bacterial cells, they used V-groove-shaped plasmonic waveguides, tiny aluminum-coated rods only tens of nanometers in diameter. The novel system, described in the journal Nano Letters, paves the way for an efficient and portable on-chip system for diverse cell-based sensing applications, such as detecting chemicals in real-time.

The field of on-chip photonic devices for biological and chemical sensing applications presents many powerful alternatives to conventional analytical techniques for applications ranging from “lab on a chip” to environmental monitoring. However, these sensing schemes rely mainly on off-chip detection and require a cumbersome apparatus, even when measuring only single cells.

The Hebrew University team looked for ways to integrate all system components, including light sources and detectors, on-chip at the nanoscale. This would result in a lab-on-chip system that is small, portable and can perform sensing in real-time.

To achieve this, they molecularly engineered live bacteria that emit a fluorescent signal in the presence of target compounds. They paired these on-chip with a nanoscale waveguide, which not only served the purpose of guiding light, but also allowed mechanical trapping of individual bacteria within the V-groove.

In three different illumination conditions, they experimentally demonstrated the interrogation of an individual Escherichia coli bacterial cell using a nanoscale plasmonic V-groove waveguide. First, they measured the light emitted from a bacterium flowing on top of the nanocoupler in a liquid environment by allowing the fluorescence from the bacterium to be coupled directly into the waveguide through the nanocoupler. Next, a bacterium was mechanically trapped within the V groove waveguide and was excited by laser directly either from the top or through the nanocoupler. In all cases, significant fluorescence was collected from the output nano coupler into the detector.

Unlike the more traditional plasmonic waveguides consisting of either silver or gold, the choice of aluminum was instrumental for being able to guide the fluorescent light emitted from the bacteria all the way to the output nanocoupler. Furthermore, the waveguide dimensions allow for efficient mechanical trapping of the bacteria and the multimode characteristics may become instrumental in gathering more information, e.g., on the specific position and orientation of the bacteria.

The results provide a clear indication of the feasibility of constructing a hybrid bioplasmonic system using live cells. Future work will include the construction of waveguide network, diversifying the system to incorporate different types of bacterial sensors for the detection of various biological or chemical analytes.