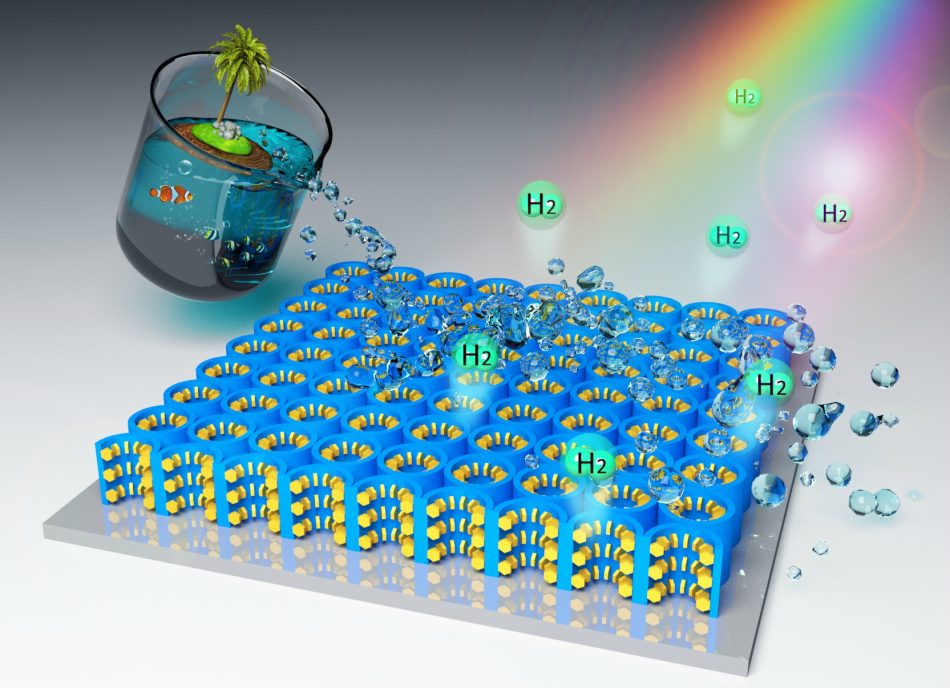 Researchers have developed an inexpensive method to extract hydrogen from seawater, which could result in a more efficient way to power fuel cells.

A team from the University of Central Florida (UCF) has developed a new hybrid nanomaterial that harnesses solar energy to generate hydrogen from seawater that could be used for a new source of clean-burning fuel, while easing the demand for fossil fuels.

The researchers used a photocatalyst—a material that spurs a chemical reaction using energy from light—durable enough to handle the biomass and corrosive salt of seawater.

To achieve this, they used a catalyst that was able to not only harvest a much broader spectrum of light than other materials but also stand up to the harsh conditions of seawater.

Yang fabricated a photocatalyst composed of a hybrid material where tiny nanocavities were chemically etched onto the surface of an ultrathin film of titanium dioxide—the most common photocatalyst.

The nanocavity indentations were coated with nanoflakes of molybdenum disulfide—a 2D material with the thickness of a single atom.

The new catalyst is able to significantly boost the bandwidth of light that can be harvested. By controlling the density of sulfur vacancy within the nanoflakes, it can produce energy from ultraviolet-visible to near-infrared light wavelengths, making it at least twice as efficient as current photocatalysts used.

“We can absorb much more solar energy from the light than the conventional material,” Yang said.

According to Yang, producing a chemical fuel from solar energy is a better solution than producing electricity from solar panels because electricity must be used or stored in batteries that degrade, while hydrogen gas is easily stored and transported.

The researchers will now focus on scaling up the fabrication and improving its performance so it is possible to split hydrogen from wastewater.

The study was published in Energy & Environmental Science