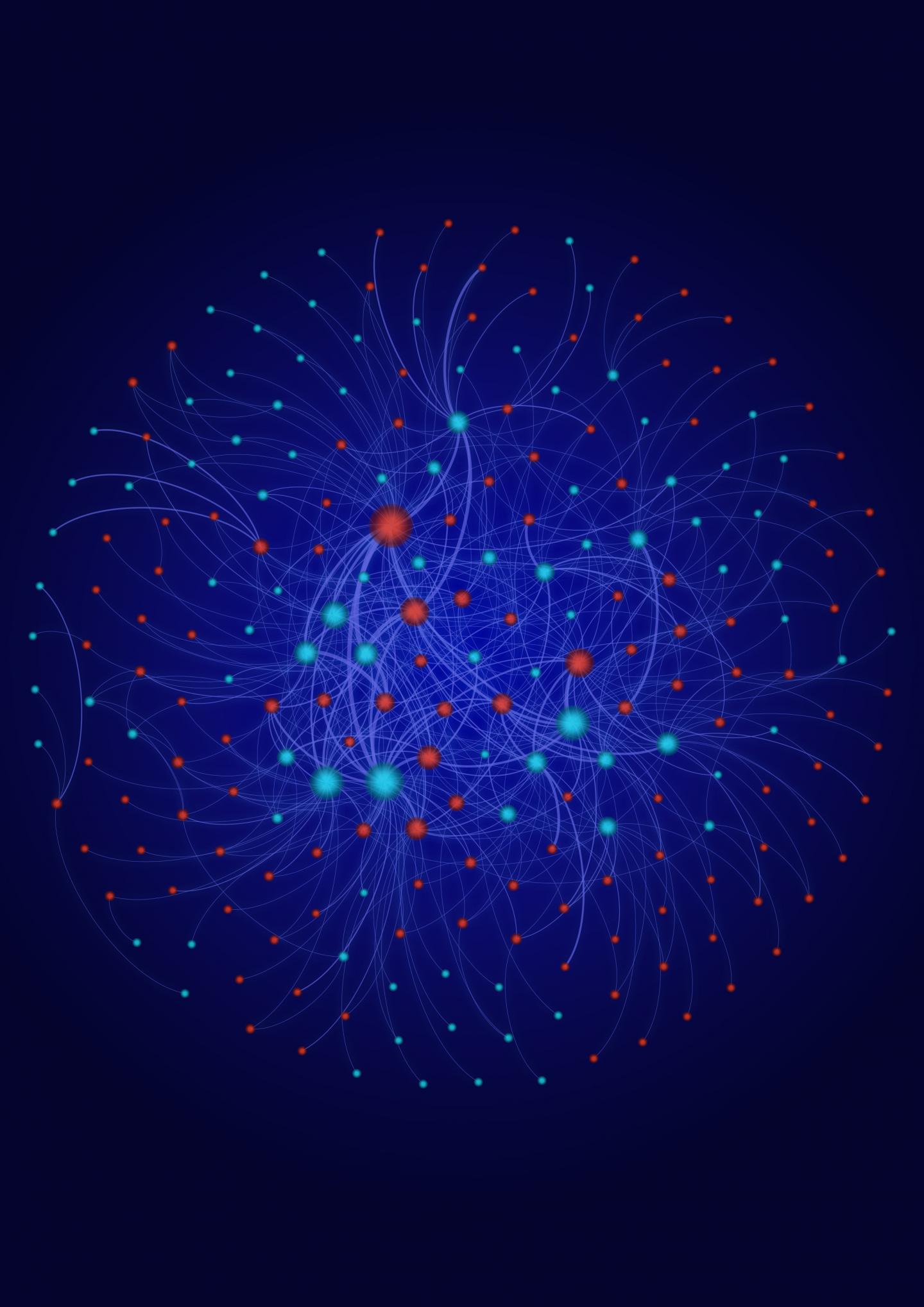 The researchers evaluated the experimental data published in the scientific literature using a network analysis. This analysis reveals which types of nanoparticles (blue) have been studied under which environmental conditions (red). Source: Thomas Kast

The nanotech industry is booming. Every year, several thousands of tonnes of man-made nanoparticles are produced worldwide; sooner or later, a certain part of them will end up in bodies of water or soil. But even experts find it difficult to say exactly what happens to them there. It is a complex question, not only because there are many different types of man-made (engineered) nanoparticles, but also because the particles behave differently in the environment depending on the prevailing conditions.

Researchers led by Martin Scheringer, Senior Scientist at the Department of Chemistry and Applied Biosciences, wanted to bring some clarity to this issue. They reviewed 270 scientific studies, and the nearly 1,000 laboratory experiments described in them, looking for patterns in the behaviour of engineered nanoparticles. The goal was to make universal predictions about the behaviour of the particles.

Particles attach themselves to everything

However, the researchers found a very mixed picture when they looked at the data. "The situation is more complex than many scientists would previously have predicted," says Scheringer. "We need to recognise that we can't draw a uniform picture with the data available to us today."

Nicole Sani-Kast, a doctoral student in Scheringer's group and first author of the analysis published in the journal PNAS, adds: "Engineered nanoparticles behave very dynamically and are highly reactive. They attach themselves to everything they find: to other nanoparticles in order to form agglomerates, or to other molecules present in the environment."

To what exactly the particles react, and how quickly, depends on various factors such as the acidity of the water or soil, the concentration of the existing minerals and salts, and above all, the composition of the organic substances dissolved in the water or present in the soil. The fact that the engineered nanoparticles often have a surface coating makes things even more complicated. Depending on the environmental conditions, the particles retain or lose their coating, which in turn influences their reaction behaviour.

To evaluate the results available in the literature, Sani-Kast used a network analysis for the first time in this research field. It is a technique familiar in social research for measuring networks of social relations, and allowed her to show that the data available on engineered nanoparticles is inconsistent, insufficiently diverse and poorly structured.

"If more structured, consistent and sufficiently diverse data were available, it may be possible to discover universal patterns using machine learning methods," says Scheringer, "but we're not there yet." Enough structured experimental data must first be available.

"In order for the scientific community to carry out such experiments in a systematic and standardised manner, some kind of coordination is necessary," adds Sani-Kast, but she is aware that such work is difficult to coordinate. Scientists are generally well known for preferring to explore new methods and conditions rather than routinely performing standardized experiments.

In addition to the lack of systematic research, there is also a second tangible problem in researching the behaviour of engineered nanoparticles: many engineered nanoparticles consist of chemical compounds that occur naturally in the soil. So far it has been difficult to measure the engineered particles in the environment since it is hard to distinguish them from naturally occurring particles with the same chemical composition.

However, researchers at ETH Zurich's Department of Chemistry and Applied Biosciences, under the direction of ETH Professor Detlef Günther, have recently established an effective method that makes such a distinction possible in routine investigations. They used a state-of-the-art and highly sensitive mass spectrometry technique (called spICP-TOF mass spectrometry) to determine which chemical elements make up individual nanoparticles in a sample.

In collaboration with scientists from the University of Vienna, the ETH researchers applied the method to soil samples with natural cerium-containing particles, into which they mixed engineered cerium dioxide nanoparticles. Using machine learning methods, which were ideally suited to this particular issue, the researchers were able to identify differences in the chemical fingerprints of the two particle classes. "While artificially produced nanoparticles often consist of a single compound, natural nanoparticles usually still contain a number of additional chemical elements," explains Alexander Gundlach-Graham, a postdoc in Günther's group.

The new measuring method is very sensitive: the scientists were able to measure engineered particles in samples with up to one hundred times more natural particles.