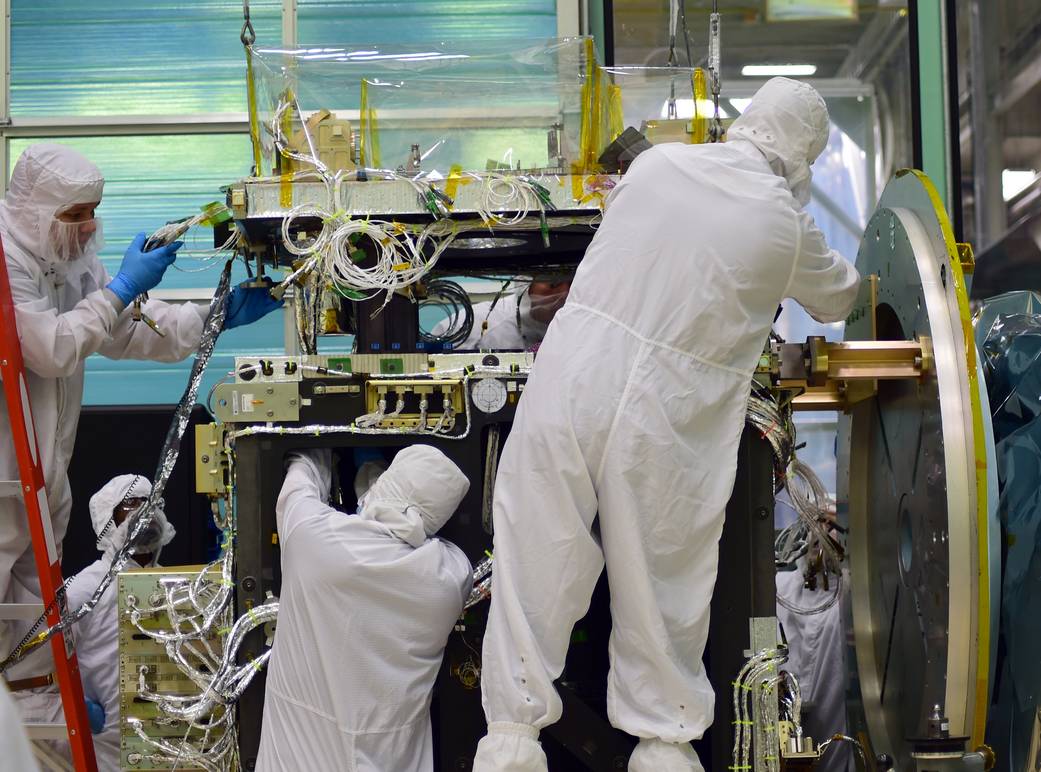 NASA recently released a video of an in-depth look into a cleanroom at NASA’s Goddard Space Flight Center, where the ICESat-2 satellite is currently being monitored.

Here, engineers and technicians take special precautions to make sure the instrument’s lasers, mirrors, and other components stay perfectly clean. ICESat-2’s sole instrument called the Advanced Topographic Laser Altimeter System, or ATLAS, is being put to the test in a cleanroom and in a nearby thermal vacuum chamber before engineers attach it to the rest of the spacecraft.

ICESat-2 launches in 2018 to monitor Earth’s ice sheets, glaciers, sea ice, and other frozen regions. The satellite will use six laser beams to take detailed measurements that will help scientists study change in these remote locations.