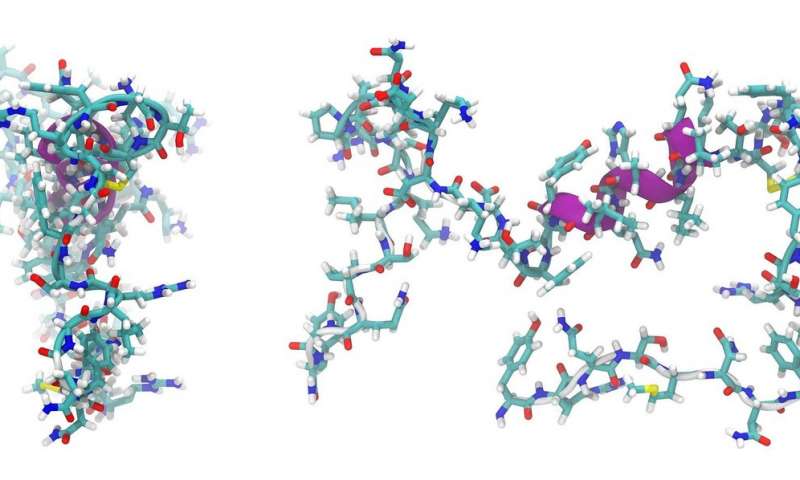 Antimicrobial peptides and antibiofilm peptide (ABP) are new antibiotic molecules derived from microorganisms for the treatment of infections. The authors have discussed significance, limitations and trials of these antimicrobial peptides from bacteria, fungi, protozoa and yeast.

The APD3 database showed 333 bacteriocin and peptide antibiotics from bacteria, 4 fromarchaea, 8 from protists, 13 from fungi are reported. Bacterial AMP are characterized according to their amino acid numbers and are so small in size with 1-5 kDa mass as compared to Class II AMPs are longer with amino acid number is about 25-50.

Class II bacteriocins are composed of homogeneous amino acids and classified into different groups based on their secondary structure. Class II Lactococcin produced by Lactococcus lactis is Lactococcin B. This AMP is involved in changes of membrane potential.

The reported fungal AMP compounds are more than bacterial AMP and found to be a good source of antimicrobial compounds discovery against infections due to similarity in features and responses to infections.

The in silico cDNA scanning method is widely used for determining the sequencing of Defensin like peptides and more than 100 AMP's are revealed with the help of genome screening approaches.