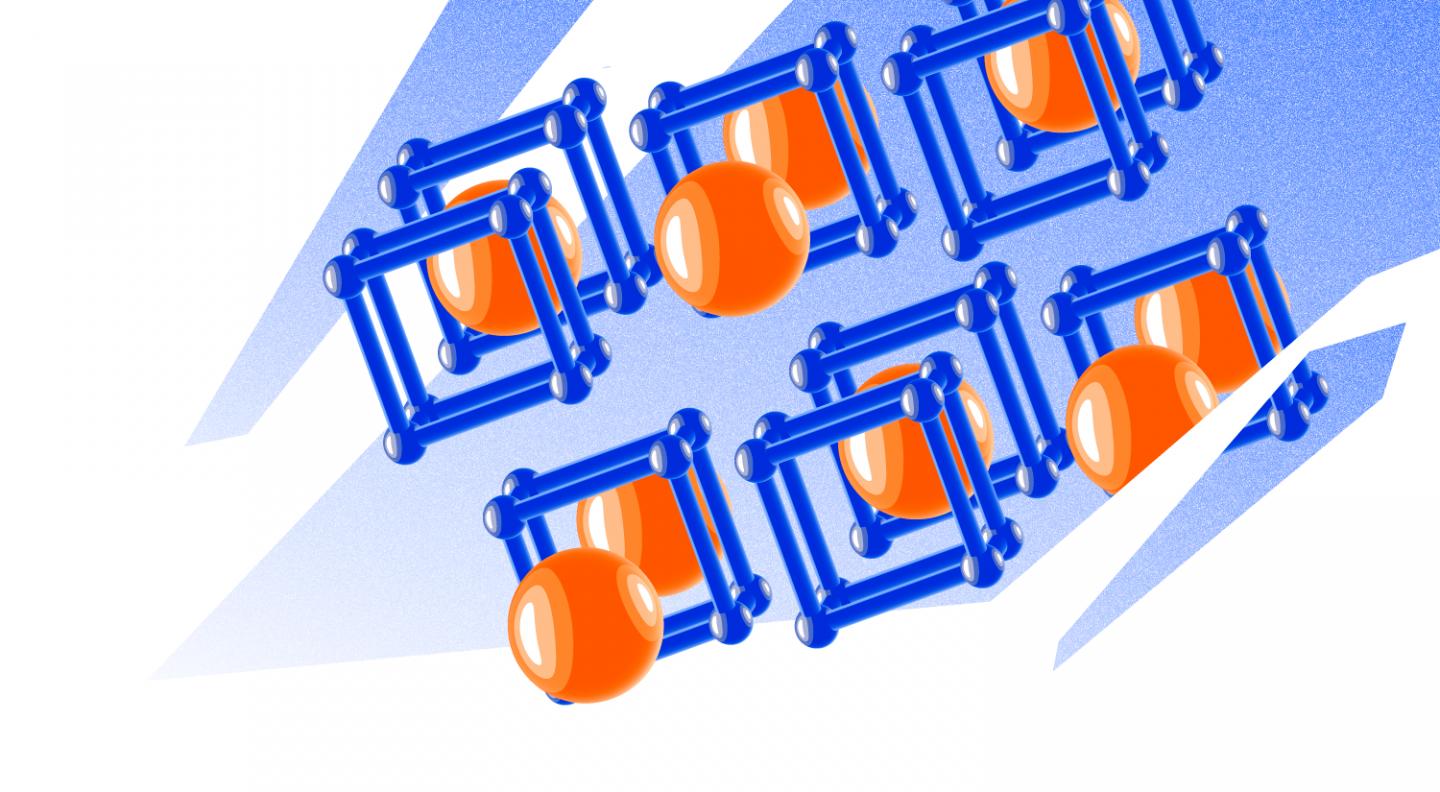 Scientists from Russia found a way of improving the crystal structure prediction algorithms, making the discovery of new compounds multiple times faster. The results of the study were published in Computer Physics Communications.

Given the ever increasing need for new technologies, chemists should constantly discover new higher-performance materials with better strength, weight, stability and other properties. The innovations in materials science that the modern world is craving for are virtually countless. The search for new materials is a challenging task, and if performed experimentally, takes a lot of time and money, for it often requires trying a huge number of compounds at different conditions. Computers can come to rescue, but they require clever algorithms: otherwise, sorting through possible options can go on for thousands of years until a good compound is found.

USPEX only needs to know which atoms the crystal is made of. Then, it generates a small number of random structures whose stability is assessed based on the energy of interaction between the atoms. Next, an evolutionary mechanism starts, where chemists built in natural selection, crossover and mutations of the structures and their “descendants” until they find particularly stable compounds.

In their recent study, scientists from Skoltech, MIPT and Samara State Technical University, led by Artem R. Oganov, improved USPEX’s first step that generates initial structures. Showing that purely random generation is not very effective, chemists again turned to nature for inspiration and developed a random structure generator based on the database of the topological types of crystal structures, amalgamating evolutionary approaches developed by Oganov and topological approaches developed by Professor Vladislav Blatov from Samara. Knowing that nearly all of the 200,000 inorganic crystal structures known to date belong to 3,000 topological types, one can very quickly generate an array of structures similar to the sought-for structure. The tests showed that thanks to the new generator, the evolutionary search copes with the prediction tasks 3 times faster compared to its previous version.

“The 3,000 topological types are the result of abstraction applied to real structures. Going the other way round, you can generate nearly all the known structures and an infinite number of unknown but reasonable structures from these 3,000 types. This is an excellent starting point for an evolutionary mechanism. Right from the start you most likely sample an area close to the optimal solution. You either get the optimal solution right in the beginning, or get somewhere near it and then get it by evolutionary improvement,” explains Pavel Bushlanov, the first author of the study and a researcher at Oganov’s laboratory at Skoltech.