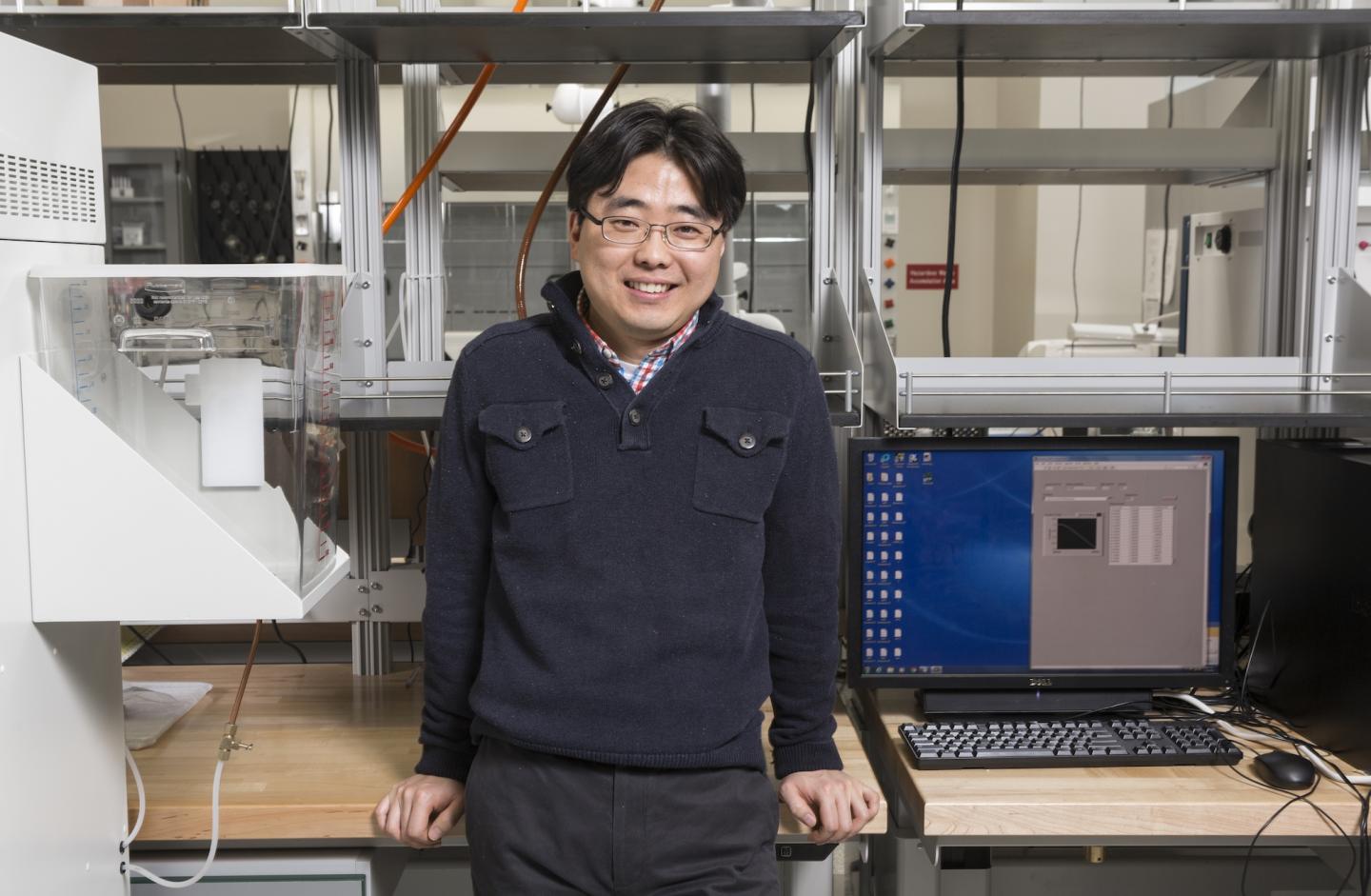 Researchers at Binghamton University, State University of New York have developed the next step in microbial fuel cells (MFCs): a battery activated by spit that can be used in extreme conditions where normal batteries don’t function.

For the last five years, Binghamton University Electrical and Computer Science Assistant Professor Seokheun Choi has focused on developing micro-power sources for the use in resource-limited regions to power point-of-care (POC) diagnostic biosensors; he has created several paper-based bacteria-powered batteries.

Choi, along with research assistant Maedeh Mohammadifar, created a high-performance, paper-based, bacteria-powered battery by building microbial fuel cells with inactive, freeze-dried exoelectrogenic cells which generates power within minutes of adding saliva. The proposed battery generated reliable power from with one drop of saliva, supplying on-board power that could be used by the next generation of disposable, paper-based POC diagnostic platforms.

“The proposed battery has competitive advantages over other conventional power solutions because the biological fluid for on-demand battery activation is readily available even in the most resource-constrained settings, and the freeze-drying technology enables long-term storage of cells without degradation or denaturation,” wrote the researchers.

Choi is focused on improving the batter’s power density so that more applications can be powered.

“Now, our power density is about a few microwatts per centimeter square. Although 16 microbial fuel cells connected in a series on a single sheet of paper generated desired values of electrical current and voltage to power a light-emitting diode (LED), further power improvement is required for other electronic applications demanding hundreds of milliwatts of energy,” said Choi.

The paper, “A Papertronic, On-Demand and Disposable Biobattery: Saliva-Activated Electricity Generation from Lyophilized Exoelectrogens Preinoculated on Paper,” was published in Advanced Materials Technologies.