A new to gene editing tool will help researchers find therapies for cancer and other diseases.

Some of the features of the innovation—which won a 2018 R&D 100 Award—include advanced guide RNA designs for maximum knockout efficiency without sacrificing specificity, up to four high-quality gRNAs per gene target, high-titer, ready-to use lentivirus or glycerol stock delivery options, a set of controls and lentiviruses against single gene targets to support prescreen assay development, and rapid post-screen hit validation and 19 predefined libraries with custom options available.

David Piper, the director of R&D for cell biology and synthetic biology at Thermo Fisher Scientific, explained in an exclusive interview with R&D Magazine how the new approach differs from some of the CRISPR approaches of the past.

“Several years ago people had begun showing that by using CRISPR/Cas9 technology in pools of lentivirus one could knock out many genes in the human genome all at once in a pooled approach and screen for knock outs that might enrich or deplete cells in the transduced population,” Piper said. “So that was a very effective technique to look for genes that might be regulating cancer cells for instance or combination therapies that one might look for in cancer to help identify targets and validate targets in those models. So we thought there would be an opportunity to look at other functional end points that could be associated with other therapeutic diseased areas and that approach might require that you array the particulars instead of using them as a pool.”

The new CRISPR libraries expand the application of past CRISPR/Cas9 technologies into high-throughput applications for functional genomics screening, enabling scientists to determine specific genes that are key members of specific biological pathways and whether they are involved in disease development or progression. 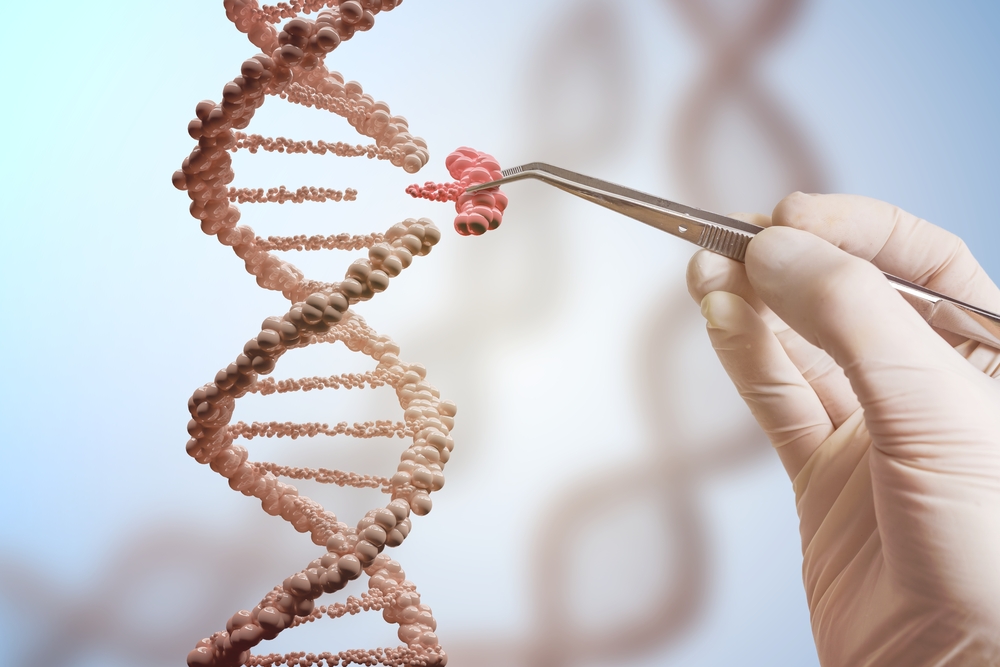 The libraries ultimately enable researchers to knock out entire panels of genes to increase the quality and efficiency of screening experiments, with a proprietary design algorithm that provides an optimal guide RNA design by predicated editing efficiency and off-target effects.

Piper explained what their approach allows them to accomplish that other approaches in the past would have prevented.

“For instance, if one were to look at something like dendritic branching in a neuron or calcium signaling in a cardiomyocytes or perhaps cellular redox potential in a central nervous system of a neuron that is associated with some sort of degenerative disease,” Piper said, “Those sorts of assays would be difficult to do in that kind of pooled approach. By generating an array of the particles we could very easily look at one gene per well and very clearly assess the impact of any specific gene on any specific biological outcome, which one has a cell-based assay.

“Because we can design specific guide RNA’s to target specific genes mainly in the five prime exons that are encoded in the spliced forms of a particular gene, it allows a scientist to knock out a single gene in almost any type of cell,” he added.

Piper said that was the main impetus behind using lentivirus, a genus of chronic diseases such as HIV that involve long incubation periods, is that it is one of the most efficient vehicles of gene delivery for many different cell types.

He also said the lentivirus system includes other features that give researchers more options.

“Additionally, because we were using that approach we were able to include an antibiotic selectable marker, so we used the puromycin resistance to allow people to enrich for the uptake of that genetic material,” Piper said. “So if you have cells that might be difficult to transfect or difficult to transduce with viruses, by using puromycin you can enrich for the cells that have taken up the viral particle and have the guide RNA and presumably the gene knock out that you’re expecting.”

The Thermo Fisher researchers initially launched the LentiArray CRISPR Libraries in 2016 as a beta test and now offer the full customizable platform with flexibility in assay design and the 19 predefined libraries to customers.

One of the success stories was when Simone Treiger Sredni MD, PhD, an associate professor of pediatric neurosurgery at the Northwestern University Feinberg School of Medicine, used the LentiArray CRISPR Libraries to make inroads on pediatric brain cancer, using the platform to identify an enzyme that can be inhibited by drugs that are shown to prohibit tumor cell growth without affecting normal cells.

Piper said while the initial reaction to the platform in the research community has been positive, getting to this point has been a challenge.

“We created the library against roughly 17,500 genes with upwards of 80,000-plus constructs,” he said. “The sheer amount of informatics and work associated with that was quite an endeavor.”

While happy with the initial offering, Piper said the Thermo Fisher is currently working with outside collaborators on a number of additions to their CRISPR platform, including using CRISPRa (CRISPR activation) or CRISPRi (CRISPR interference) and adding multiple guides to give researchers more functions. Piper also said the current library is built specifically for humans and they could potentially look to expand to other species such as mice.