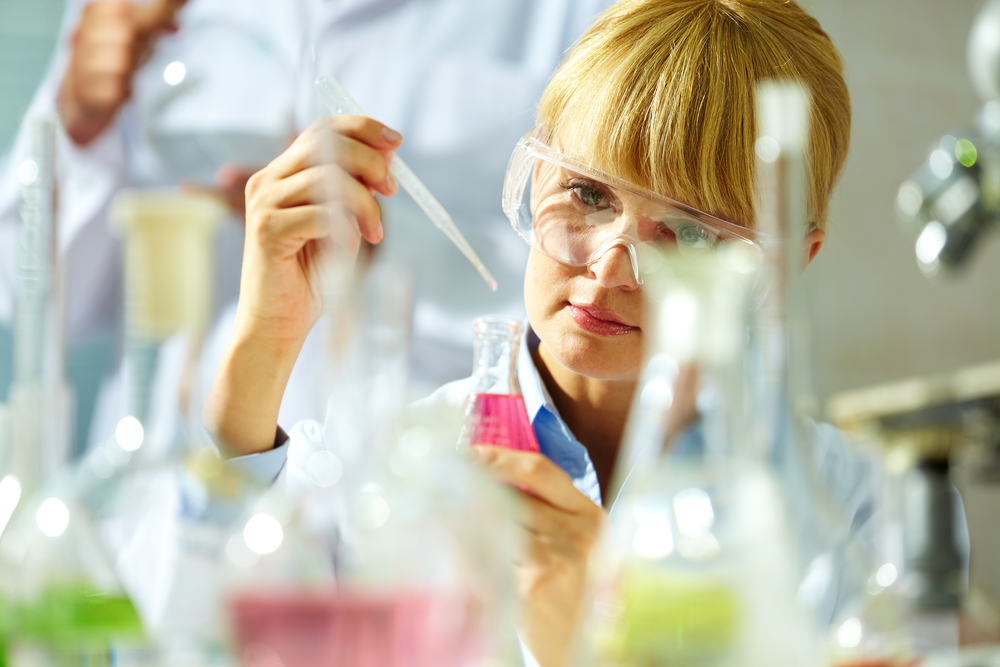 Precise measurements are critical to the discovery, development and usage of medications. Major financial and scientific decisions within pharmaceutical companies are informed by the outcomes of chemical and biological analyses. Even slight measurement variations can add risk and uncertainty in these high-stakes decisions.

A Purdue University professor and expert in measurement science has led a team to design a new filter aimed at helping drug developers and researchers create more exact measurements early in the drug development stage, which can ultimately help move a drug to clinical trials faster.

Garth Simpson, a professor of analytical and physical chemistry in Purdue’s College of Science, created the filter as part of his work with the Merck-Purdue Center for Measurement Science. The academic-industrial partnership, which started in 2017, is focused on developing technology to improve drug manufacturing and formulation to support the pharma industry in expediting drug discovery and delivery. According to the Food and Drug Administration, it can take up 10 to 15 years or longer to move a drug from discovery to the public.

The technology is published in the March 25 edition of Analytical Chemistry.

“This center provides real-world test beds for validating emerging technology related to chemical measurements,” Simpson said. “Our latest development is this novel filter design for digital deconvolution that helps us remove timing artifacts arising from the response function of the instrument we are using for data acquisition.”

“Our digital filter approach only requires that a user have the data,” Simpson said. “Our filter and algorithm then use non-negative matrix factorization over short sections of data to allow the analysis of data sets that are too large to be characterized by other conventional approaches.”

The filter uses mathematical formulas to analyze and organize the data, which sometimes contains millions of individual data points, into useable sets for researchers and drug developers.

Simpson said the Purdue filter can be used for measurements in microscopy, chromatography and triboluminescence, all of which are used in the early stages of drug development to determine which molecules show the greatest potential to move ahead to clinical trials.

Simpson has worked with the Purdue Office of Technology Commercialization to patent his measurement science technologies. His research team is looking for additional researchers and partners to license the technologies.

Their work aligns with Purdue’s Giant Leaps celebration, celebrating the global advancements in health and artificial intelligence as part of Purdue’s 150th anniversary. Those are two of the four themes of the yearlong celebration’s Ideas Festival, designed to showcase Purdue as an intellectual center solving real-world issues.