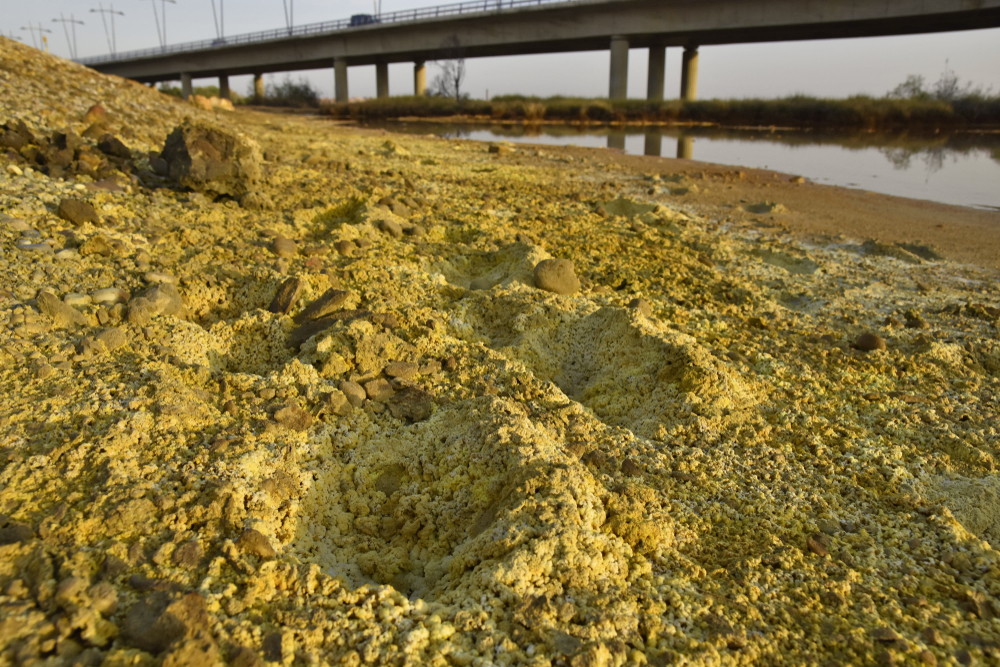 A team led by researchers from Rutgers University-New Brunswick has developed a new and environmentally-friendly technique to procure rare earth elements (REE) from phosphate rock waste, a discovery that could lead to better clean energy technology.

Elements such as neodymium and dysprosium are often used in various green technologies, including solar and wind energy harnessing devices and advanced vehicles, as well as for modern electronics like smartphones.

Currently, China produces about 90 percent of these elements, putting the energy security of the U.S. at risk.  However, one potential solution that will net the U.S. more rare elements is by recovering them from phosphogypsum, the waste left behind when phosphoric acid is produced. There is an estimated 250 million tons, 28 million of which is mined in the U.S., of phosphate rock mined annually to produce phosphoric acid for fertilizers annually, yielding as much as 100,000 tons of rare earth elements per year in phosphogypsum waste.

Conventionally, scientists extract rare earth elements from ores, which generates millions of tons of toxic and acid pollutants. The new technique relies on the minerals and organic acids produced by bacteria to extract the elements.

The researchers explored a number of methods including using a bio-acid mixture to extract yttrium, cerium, neodymium, samarium, europium and ytterbium from synthetic phosphogypsum. The bio-acid mixture consists of gluconic acid, which is found naturally in fruits and honey, which was grown on the bacteria Gluconobacter oxydans on glucose.

At the same concentration, only sulfuric acid of the four acids tested was more effective than the bio-acid.

“The lixiviants chosen for this study were phosphoric acid, sulfuric acid, gluconic acid, and a “biolixiviant” consisting of spent medium containing organic acids from the growth of the bacterium Gluconobacter oxydans on glucose,” the researchers wrote. “The biolixiviant had a pH of 2.1 and the dominant organic acid was determined to be gluconic acid, present at a concentration of 220 mM. The leaching behaviors of the studied lixiviants were compared and rationalized by thermodynamic simulations.

“The results suggest that at equivalent molar concentrations of 220 mM the biolixiviant was more efficient at rare earth element extraction than gluconic acid and phosphoric acid but less efficient than sulfuric acid. Unlike the organic acids, at pH 2.1 the mineral acids failed to extract REE, likely due to different complexation and kinetic effects.”

For the initial study, the team evaluated phosphogypsum developed in the lab, enabling them to easily control its composition.

The researchers now want to test the bio-acid on industrial phosphogypsum, and other wastes generated during phosphoric acid production that also contain rare earth elements.

The researchers were part of the Critical Materials Institute, a U.S. Department of Energy effort aimed at bolstering U.S. supply chains for materials important to clean energy.

The study was published in The Journal of Chemical Thermodynamics.