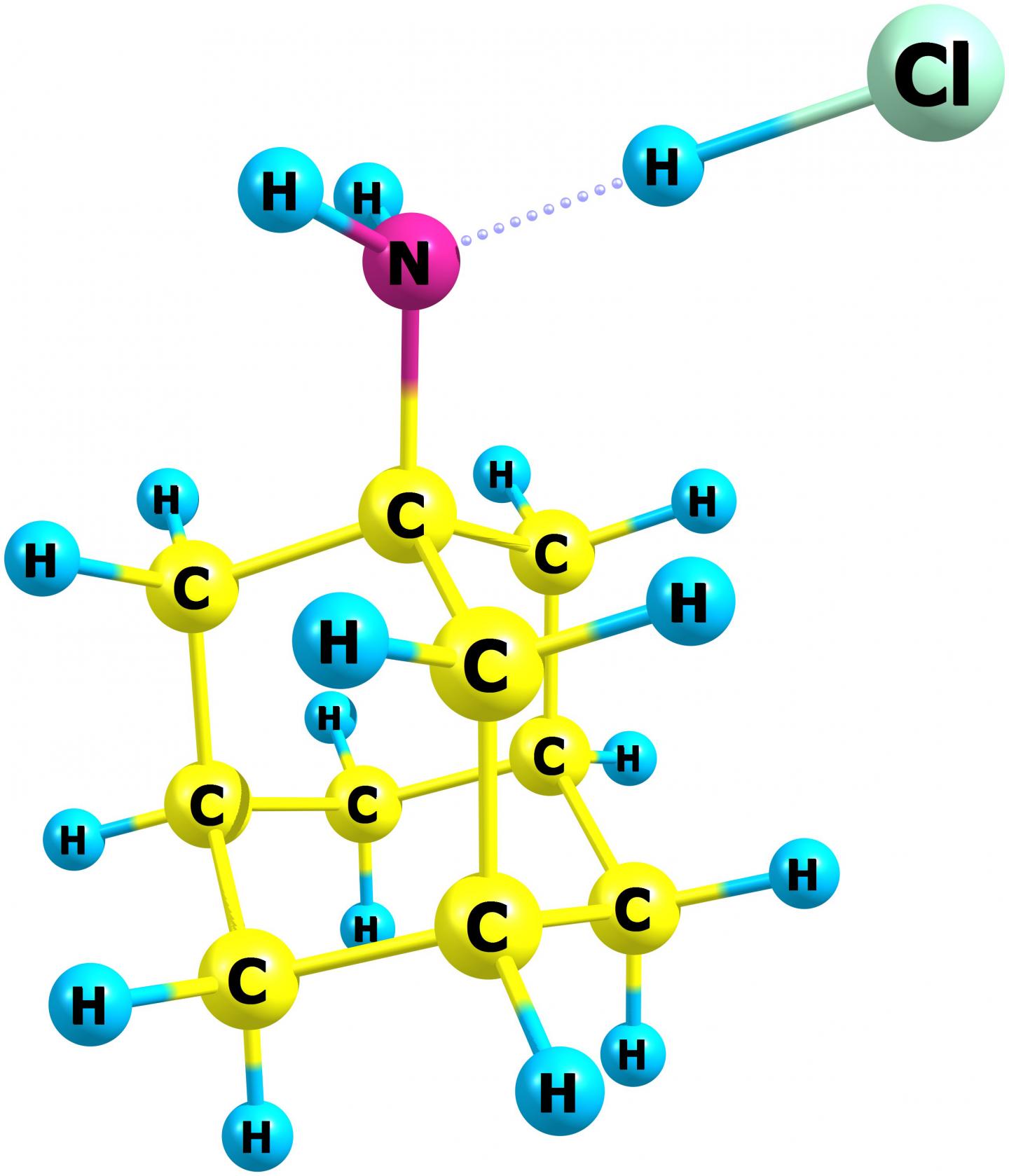 NIST chemists have published the first data on the thermodynamic properties of amantadine hydrochloride, used for many years as the active pharmaceutical ingredient for antiviral and anti-parkinsonian medications. The new information can help optimize production and storage conditions of this important compound. Its structure in the gas phase was obtained by quantum chemistry methods. In the molecular structure, C is carbon, H is hydrogen, N is nitrogen, and Cl is chlorine. Source: Bazyleva/NIST

Amantadine hydrochloride may be the most common medication you’ve never heard of. This compound has been around for decades as the basis for antiviral and other medications, from flu therapy to treatments for brain disorders such as Parkinson’s disease and the fatigue associated with multiple sclerosis.

And yet, this compound has long been a bit of an enigma because of missing information on its properties. Now, chemists at the National Institute of Standards and Technology (NIST) and collaborators have published the very first data on this important chemical’s thermodynamic properties, including data on how it responds to heat and changes from a solid into a gas.

Such data are valuable to the chemical and pharmaceutical industries for getting the highest production yields and shelf life for the medication.

“Our research results are not directly related to the medical application of this multifunctional drug, although I am really fascinated by the range of its pharmacological activity,” NIST research chemist Ala Bazyleva said.

“We studied its thermodynamic properties and decomposition,” Bazyleva said. “It is surprising, given the long history of amantadine-based drugs, that there is almost no information like this in the literature for many of them. Chemical engineers often have to rely on estimates and predictions based on similar compounds. Collating this information and developing these types of recommendations is at the core of what our group at NIST does.”

Bazyleva began studying amantadine hydrochloride years ago while in Belarus working on her doctoral dissertation, and continued the effort during her postdoctoral studies in Germany and Canada. But progress was slow, partly because adamantine hydrochloride changes from a solid directly into a gas (a process called sublimation) and simultaneously falls apart, or decomposes. She needed a model explaining this complex process, one that incorporates detailed, high-level calculations of quantum chemistry. She finally got access to this computational capability after she began working with the Thermodynamics Research Center (TRC) Group at NIST in Boulder several years ago.

“NIST was fundamental in facilitating the modeling component,” Bazyleva said. “In particular, the unique combination of facilities, software and expertise in quantum chemical computations allowed us to apply high-level calculations to get insight into the structure and stability of the drug in the gas phase.”

While the compound behaves like it is ionic (composed of positively and negatively charged pieces, though neutral overall) in the solid crystal form and when dissolved in a liquid, quantum chemistry calculations revealed that it decomposes into two neutral compounds in the gas phase.