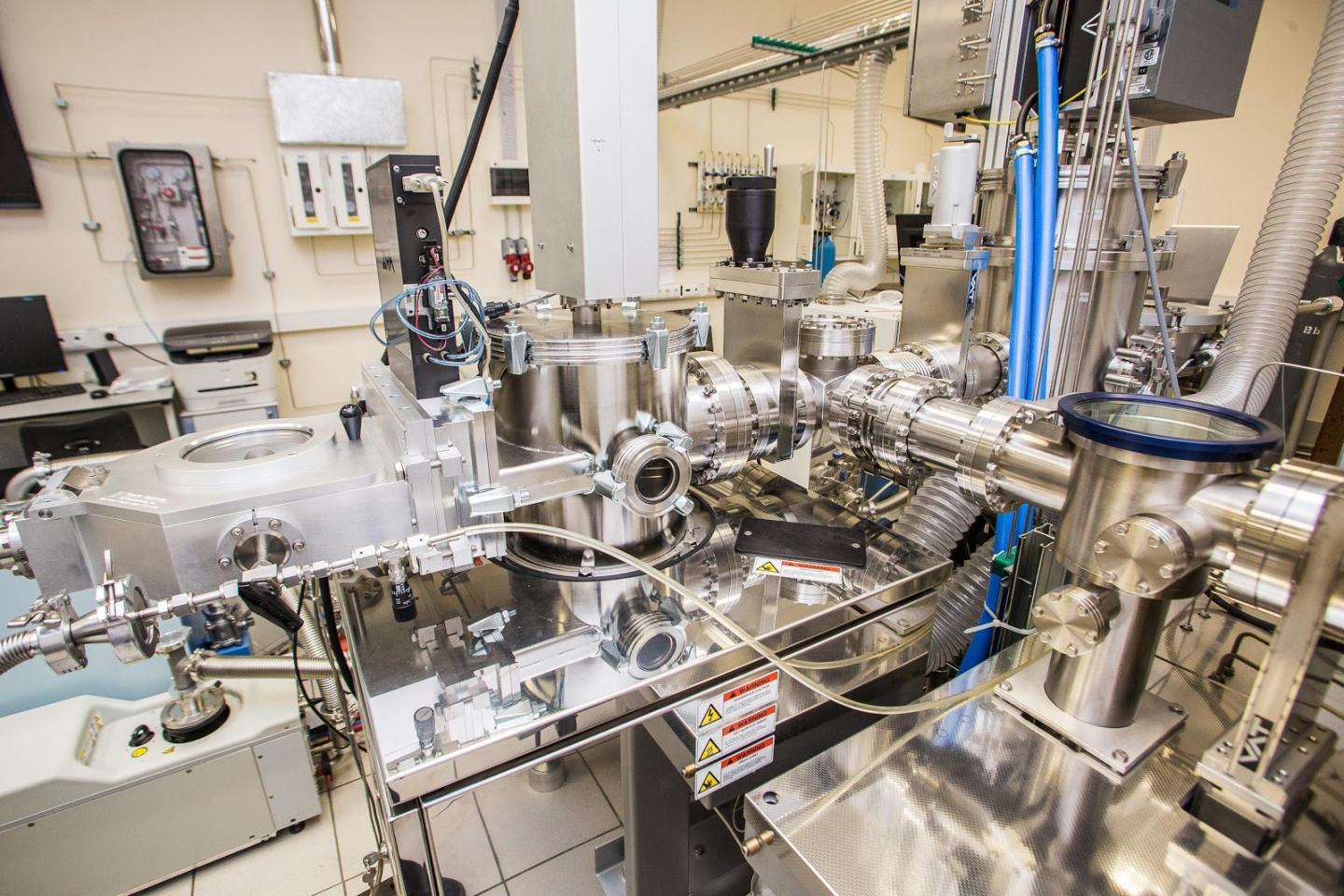 Experimental cluster for growing and studying thin films in a vacuum at the Center of Shared Research Facilities, MIPT

Researchers from MIPT’s Center of Shared Research Facilities have found a way to control oxygen concentration in tantalum oxide films produced by atomic layer deposition. These thin films could be the basis for creating new forms of nonvolatile memory. The paper was published in the journal ACS Applied Materials & Interfaces, which has an impact factor of 7.14.

Want nonvolatile memory that’s fast as RAM and has the capacity of flash?

Because data storage and processing solutions are so central to modern technology, many research teams and companies are pursuing new types of computer memory. One of their major goals is to develop universal memory — a storage medium that would combine the high speed of RAM with nonvolatility of a flash drive.

A promising technology for creating such a device is resistive switching memory, or ReRAM. It works by changing the resistance across a memory cell as a result of applied voltage. Since each cell has a high- and a low-resistance state, it can be used to store information, e.g., in the form of zeros and ones.

A ReRAM cell can be realized as a metal-dielectric-metal structure. Oxides of transition metals such as hafnium and tantalum have proved useful as the dielectric component of this layered structure. Applying voltage to a memory cell that is based on these materials causes oxygen migration, changing its resistance. This makes the distribution of oxygen concentration in the oxide film a crucial parameter determining the functional properties of the memory cell.

However, despite significant advances in ReRAM development, flash memory shows no sign of losing ground. The reason for this is that flash memory allows for three-dimensional memory cell stacking, which enables a much greater storage density. In contrast to this, oxygen-deficient film deposition techniques normally used in ReRAM design are not applicable to functional 3-D architectures.

In a bid to find an alternative technique, MIPT researchers turned to atomic layer deposition, a chemical process by which thin films can be produced on the surface of a material. During the last decade, ALD has become increasingly widespread, with numerous applications in nanoelectronics, optics, and the biomedical industry. There are two major advantages to atomic layer deposition. The first one is the unprecedented control over film thickness: It is possible to deposit films that are several nanometers thick with an error of a fraction of a nanometer. The other advantage is that ALD enables conformal coating of 3-D structures, which is problematic for most of the currently used nanofilm deposition techniques.

In an ALD process, a substrate is sequentially exposed to two chemicals that are known as the precursor and the reactant. It is the chemical reaction between these two substances that produces a coating layer. In addition to the element used in the coating, precursors contain other compounds — e.g., of carbon or chlorine — called ligands. They facilitate the reaction but, in an ideal ALD process, have to be completely removed from the resulting film once the interaction with the other chemical (reactant) has occurred. It is vital to choose the right substances for use in atomic layer deposition. Although it proves difficult to deposit oxide films with variable oxygen concentration by ALD, they are essential for ReRAM.

“The hardest part in depositing oxygen-deficient films was finding the right reactants that would make it possible to both eliminate the ligands contained in the metallic precursor and control oxygen content in the resulting coating,” says Andrey Markeev, who holds a PhD in physics and mathematics and is a leading researcher at MIPT. “We achieved this by using a tantalum precursor, which by itself contains oxygen, and a reactant in the form of plasma-activated hydrogen.” Confirming the experimental findings turned out to be a challenge in itself. As soon as the experimental sample is removed from the vacuum chamber, which houses it during ALD, and exposed to the atmosphere, this causes modifications in the top layer of the dielectric, making it impossible to detect oxygen deficiency using analytic techniques such as electron spectroscopy, which target the surface of the sample.

“In this study, we needed not just to obtain the films containing different amounts of oxygen but also to confirm this experimentally,” says Konstantin Egorov, a PhD student at MIPT. “To do this, our team worked with a unique experimental cluster, which allowed us to grow films and study them without breaking the vacuum.”