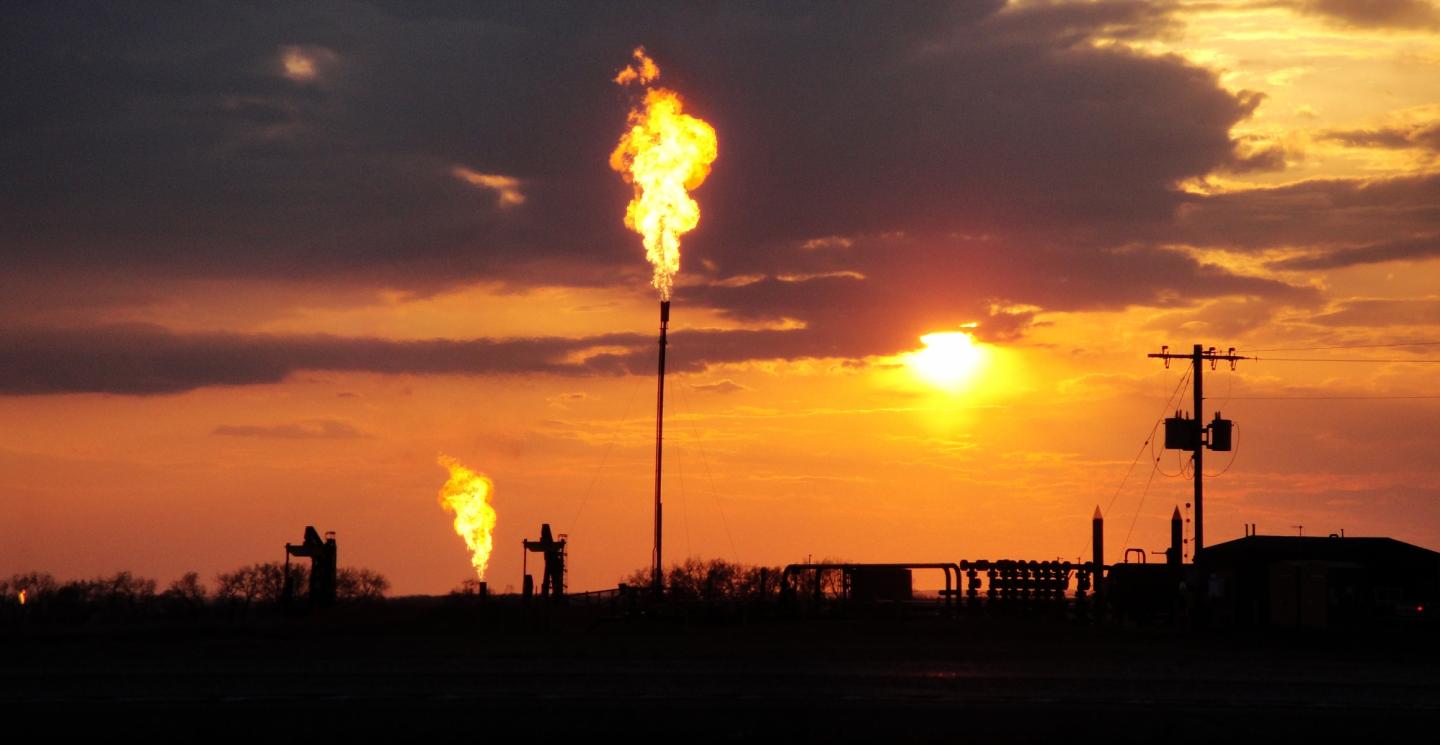 This is gas flaring. Credit: Jeff Peischl/CIRES and NOAA

The U.S. oil and gas industry emits 13 million metric tons of the potent greenhouse gas methane from its operations each year, 60 percent more than estimated by the U.S. Environmental Protection Agency, according to a new study published today in the journal Science.

“This study provides the best estimate to date on the climate impact of oil and gas activity in the United States,” said co-author Jeff Peischl, a CIRES scientist working in NOAA’s Chemical Sciences Division in Boulder, Colorado. “It’s the culmination of 10 years of studies by scientists across the country, many of which were spearheaded by CIRES and NOAA.”

The new paper assessed measurements made at more than 400 well pads in six oil and gas production basins and scores of midstream facilities; measurements from valves, tanks and other equipment; and aerial surveys covering large swaths of the U.S. oil and gas infrastructure. The research was organized by the Environmental Defense Fund and drew on science experts from 16 research institutions including the University of Colorado Boulder and the University of Texas Austin.

Methane, the main ingredient of natural gas, is a potent greenhouse gas that has more than 80 times the warming impact of carbon dioxide over the first 20 years after its release. The new study estimates total US emissions at 2.3 percent of production, enough to erode the potential climate benefit of switching from coal to natural gas over the past 20 years. The methane lost to leakage is worth an estimated $2 billion, according to the Environmental Defense Fund, enough to heat 10 million homes in the U.S.

The assessment does suggest that repairing leaks and addressing other conditions that result in the accidental release of salrable methane could be effective. “Natural gas emissions can, in fact, be significantly reduced if properly monitored,” said co-author Colm Sweeney, an atmospheric scientist in NOAA’s Global Monitoring Division. “Identifying the biggest leakers could substantially reduce emissions that we have measured.”