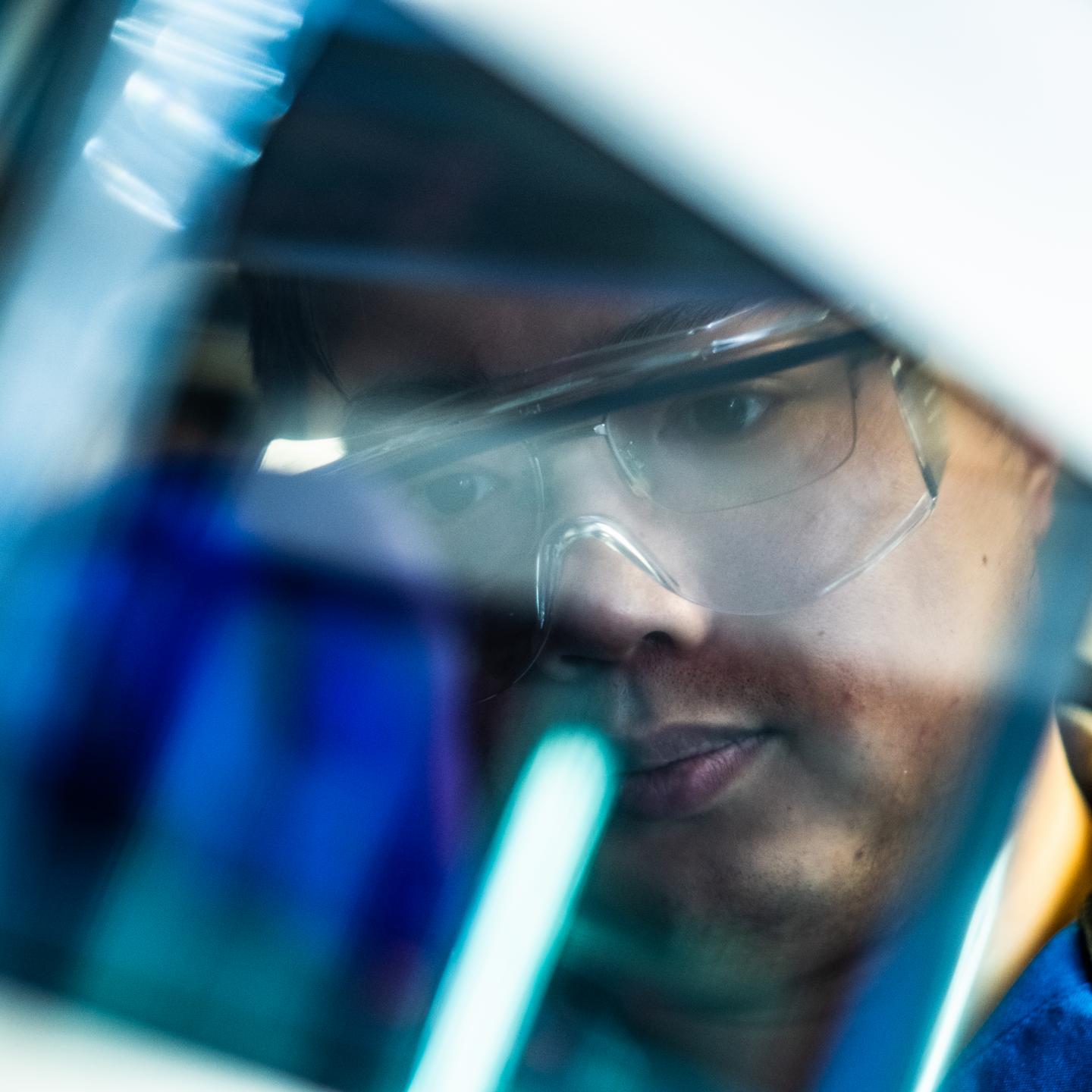 Researchers may have found a way to use nitrogen to boost a family of useful molecules called alpha-aminoketones.

A research group from Rice University has developed a one-step technique that adds nitrogen to compounds to simplify the synthesis of valuable precursors for a number of products, including drugs, pesticides and fertilizers.

Ketones, which represent important feedstocks for the chemical industry, are carbon-based compounds found in nature that have a primary amino group of NH₂, which is crucial for several chemical products.

When a ketone is functionalized with a primary amino group at the alpha carbon, it forms a compound called a primary alpha-aminoketone.

“It’s a good precursor, because there’s no extra functionalization, like an acyl group, on the NH₂ and it can then be converted to whatever you want,” László Kürti, an associate professor of chemistry at Rice, said in a statement. “Previously, this was the issue: People would put nitrogen in there with extra functionality, but the further processing necessary to get to a free NH₂ was complicated.”

The researchers found that a reaction occurs after they mixed a silyl enol ether with a nitrogen source in a common solvent—hexafluoroisopropanol—at room temperature. This resulted in the mixture mimicking the Rubottom oxidation—an established technique to oxidize enol ethers.

“Oxygen is routinely put into the alpha position,” Kürti said. “But nitrogen, no. We are the first to show this is possible in a large number of substrates, and it’s simple. It turns out that the solvent itself catalyzes the reaction.”

After discovering the reaction, the research team was able to refine the technique and test it by creating 19 aminoketones, including three synthetic amino acid precursors.

“These unnatural amino acids are significant for drug design,” Kürti said. “The enzymatic processes in living organisms are not going to attack them, because they don’t fit in the enzymes’ pockets.”

Before developing the new process, it was extremely complex to create these types of structures. Earlier synthetic process by the researchers removed the need for transition metal-based catalysts in the manufacturing of amines, which simplified the usual but inefficient trail-and-error process used to make new chemical compounds for drugs.

While metal-based catalysts can increase the speed of amination, they also contaminate the product.

“Our amination method promises to replace a common three-step process to make alpha-aminoketones, and the yield, comparably, is very good,” Postdoctoral researcher Zhe Zhou said in a statement. “In the standard process, each step cuts the yield, so one-step process is still superior even if the yields are identical, because it takes less time and there’s less risk of something going wrong. The last thing you want is to get eight steps from the beginning and then ruin it on the ninth because the conditions are not selective enough. Cutting steps is always beneficial in organic synthesis.”