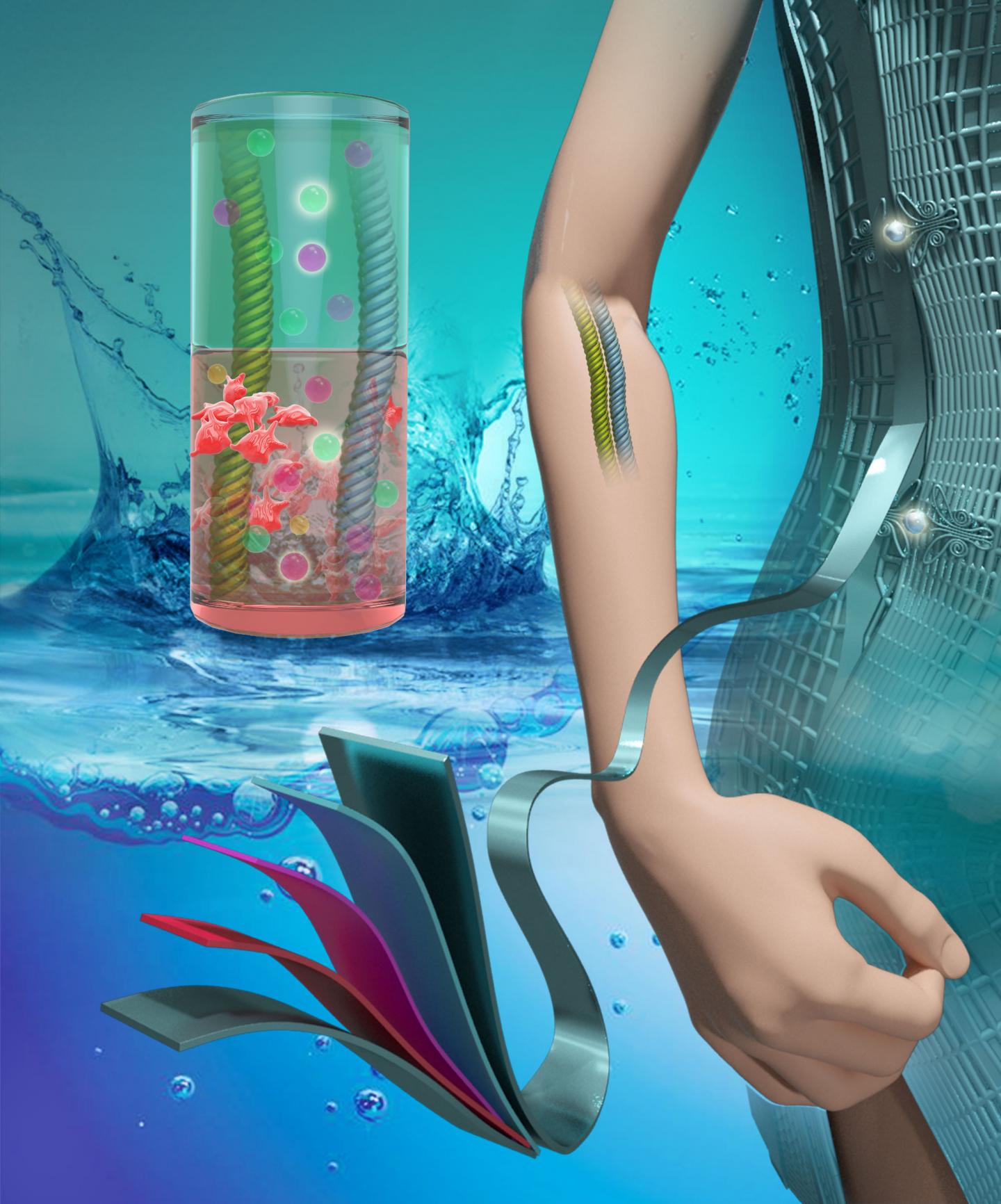 The next generation of safer batteries could be powered by an unconventional source.

Researchers in China designed alternatives to lithium-ion batteries that are more flexible than their traditional counterparts and can run on body inspired liquids like normal IV saline solutions and cell-culture mediums.

The idea for these prototypes occurred when the researchers focused on the mechanical-stress demands of wearable electronics, like smartwatches, and the safety requirements of implantable electronics.

One challenge regarding lithium-ion batteries is that they need strong structural reinforcement to ensure hazardous chemical don’t leak out from the container. This requires an abundance of protective materials, which make them bulky and unbendable.

First, the team resolved the leakage issue by replacing the flammable liquids found in these batteries for inexpensive, environmentally conscious sodium-ion solutions like the IV solutions and cell-culture mediums. Both liquids are safe, since the IV solution is the same one used to help patients in the hospital while the cell-culture medium is infused with amino acids, sugars, vitamins, and other elements that mimic the fluid surrounding human cells.

To avoid hazards linked to possible leakage, the scientists then created two batteries.

One was a 1D fiber-shaped battery embedded with nanoparticles of electrode material encompassing a carbon nanotube backbone. The other one was a 2D “belt” shaped-battery, which the engineers adhered thin electrode films to a net of steel strands.

Experiments indicated both batteries were able to outperform most of the wearable lithium ion batteries on factors like charge holding capacity and power output. The performance held up even when the study authors folded and bent the batteries to simulate the impact of wrapping a sensor, watch, or similar device around an arm.

“We can implant these fiber-shaped electrodes into the human body to consume essential oxygen, especially for areas that are difficult for injectable drugs to reach,” said co-senior author Yonggan Wang, a chemistry professor at Fudan University and the Collaborative Innovation Center of Chemistry for Energy Materials, in a statement.

Some defects did emerge during the experiments. The carbon nanotubes that comprise the skeleton of the 1D battery can also accelerate the transformation of dissolved oxygen into hydroxide ions, which would initiate a process that hampers battery performance if left uncontrolled.

However, this process could yield therapeutic potential for cancer and bacterial infections.

“Deoxygenation might even wipe out cancerous cells or pathogenic bacteria since they are very sensitive to changes in living environment pH. Of course, this is hypothetical right now, but we hope to investigate further with biologists and medical scientists,” continued Wang.

The study was published in the journal Cell Press.