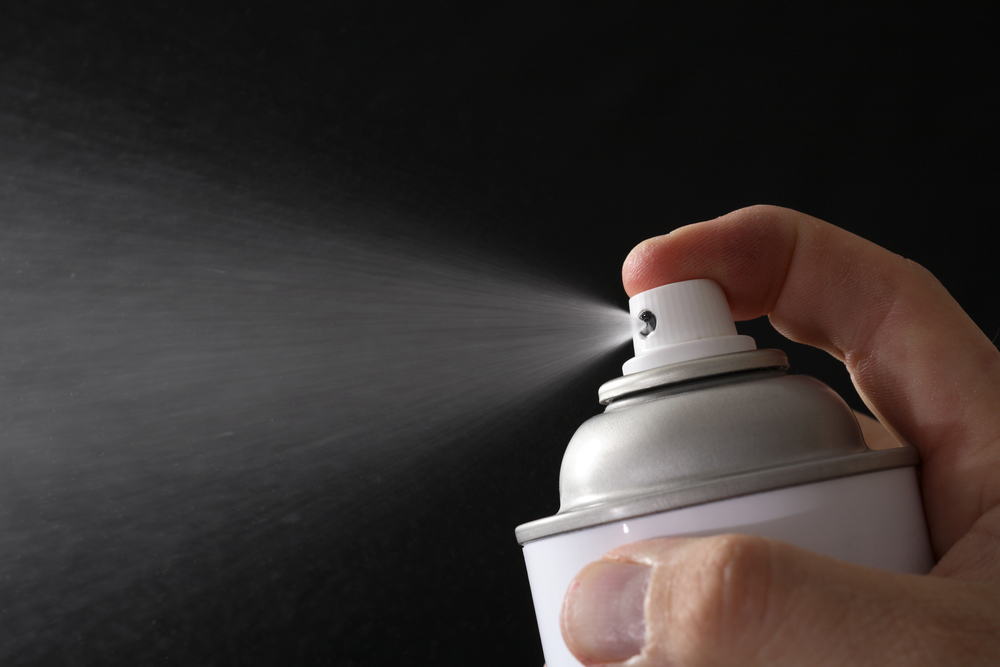 Chlorofluorocarbon gases (CFCs) became widely utilized in the mid-1960s—as refrigerants such as Freon, as fire retardants such as Halon, as spray-can propellants, as solvents, and as foam-blowing agents. CFCs were far more stable, far more chemically inert than alternatives and were, therefore, much safer to use. Unfortunately, they are so stable that they are likely to last in the atmosphere for more than 100 years.

Within three to five years, the time we now know it takes for CFCs to reach the stratosphere, annual average global temperatures began rising. By 1973, James Lovelock, using his new electron capture detector, found significant amounts of CFC-11 in all 50 air samples collected pole to pole. Stimulated by Lovelock’s work, Mario Molina and Sherwood Rowland discovered in 1974 that when CFCs reach the stratosphere, they can be broken down by solar ultraviolet radiation ultimately freeing atoms of chlorine. One atom of chlorine can destroy 100,000 molecules of ozone by catalytic processes that are particularly effective in polar stratospheric clouds.

Ozone is created when solar ultraviolet-C radiation dissociates an oxygen molecule into two oxygen atoms, which then combine with oxygen molecules to form ozone (O3). Ultraviolet-B solar radiation then dissociates ozone back into an oxygen atom and an oxygen molecule. This ozone-oxygen cycle, known as the Chapman cycle, is continuous so that a molecule of ozone only lasts, on average, about 8.3 days. The ozone layer, 12 to 19 miles above Earth, is the region of the atmosphere where the physical-chemical conditions are most favorable for the ozone-oxygen cycle.

When a molecule such as oxygen or ozone is dissociated, the molecular pieces fly apart at high velocity, instantly converting all the bond energy into kinetic energy of translation. Average kinetic energy of translation of all atoms and molecules making up a gas is, according to the kinetic theory of gases, directly proportional to the temperature of a gas. Thus, high concentrations of ozone show regions of localized warming that were first observed to affect weather and climate by Gordon Dobson in the 1920s.

When ozone is depleted, less ultraviolet-B is absorbed within the ozone layer, cooling the ozone layer, as observed from 1970 to 1998. More ultraviolet-B is then observed to reach Earth, where it penetrates tens of yards into oceans and is thus absorbed very efficiently. Increased ultraviolet-B also dissociates ground-level ozone pollution, warming air in industrial regions. This explains why global warming from 1970 to 1998 was twice as great in the northern hemisphere, containing 90% of world population, than in the southern hemisphere. Ozone depletion is greatest in polar regions during the winter, explaining why the greatest warming observed from 1970 to 1998 was of minimum temperatures in polar regions, a phenomenon known as polar amplification.

In 1985, Joe Farman, Brian Gardiner, and Jon Shanklin discovered depletion of the ozone layer over Antarctica by as much as 70% in austral spring. Scientists suddenly realized that ozone depletion was a much bigger problem than had been thought. Within two years, scientists and political leaders developed the Montreal Protocol on Substances that Deplete the Ozone Layer mandating cutbacks in CFC production beginning January 1989.

By 1993, increases of CFCs in the atmosphere stopped. By 1995, increases in ozone depletion stopped. By 1998, increases in average global temperatures stopped. The ozone layer remains depleted, the ocean continues to warm, ice continues to melt, and sea-level continues to rise, but global temperatures did not change significantly from 1998 through 2013. They also had not changed much from 1945 to 1970. Thus, humans appear to have accidently caused the warming starting around 1970 by manufacturing large amounts of CFCs and to have accidently stopped the warming of air in 1998 while trying to limit ozone depletion.

Meanwhile, atmospheric concentrations of carbon dioxide rose linearly, but at ever-increasing rates, showing no direct relationship to the details of observed global warming. Dozens of peer-reviewed scientific papers by leading atmospheric scientists have tried to explain, based on greenhouse-warming theory, why global temperatures did not change much from 1998 through 2013, a phenomenon dubbed the global warming hiatus. While they suggest many interesting ideas, there has been little agreement.

In 2014, the volcano Bárðarbunga, in central Iceland, extruded basaltic lava covering 33 square miles of terrain in six months, the largest basaltic lava flow since 1783. These types of lava flows, covering tens to millions of square miles, have been contemporaneous with periods of greatest global warming, ocean acidification, and mass extinctions throughout all of geologic time. For example, 251 million years ago, the Siberian basalts covered an area of 2.7 million square miles, the size of the continental United States less Montana and Texas. Imagine basaltic lava extending from New York to San Francisco—from Seattle to Miami. Eruption of these basalts warmed the ocean to hot tub temperatures, killing 95% of all species living at the time. Basalts emit prodigious amounts of chlorine and bromine that seem to cause ozone depletion, although the precise chemical path has yet to be deciphered. The eruption of Bárðarbunga appears to have caused very rapid global warming from 2014 to 2016, which began to decrease in 2017 and should return to 2013 values within a decade.

In the 1980s, many leading scientists were convinced that greenhouse gases were the cause of global warming, that Earth was in danger of overheating during the 21st century as emissions of greenhouse gases increase, and that scientists must demonstrate consensus in order to convince political leaders to take the expensive steps necessary to reduce greenhouse-gas emissions. Through the World Meteorological Organization and the United Nations Environment Programme, they helped form the Intergovernmental Panel on Climate Change (IPCC) in 1988. The IPCC has involved thousands of climate scientists writing tens of thousands of pages of thoughtful science supporting greenhouse-warming theory. The IPCC never did question the widespread assumption, however, that greenhouse gases were the primary cause of global warming. In December 2015, this effort reached fruition with the Paris Agreement where leaders of nearly all countries agreed to work together to reduce greenhouse-gas emissions.

Science, however, is not done by popular vote. Science is not done by consensus. Consensus is the stuff of politics; debate is the stuff of science. Science is never settled. As Michael Crichton put it at Caltech in 2003: “In science consensus is irrelevant. What is relevant is reproducible results. The greatest scientists in history are great precisely because they broke with the consensus. There is no such thing as consensus science. If it’s consensus, it isn’t science. If it’s science, it isn’t consensus. Period.”

IPCC scientists are so convinced by their consensus and so tired of arguing with climate skeptics, that they refuse to even think about ozone depletion. Their models calculate that greenhouse gases absorb a lot more terrestrial infrared radiation than the small amount of solar ultraviolet-B radiation reaching Earth when ozone is depleted. Yet what they fail to realize is that the energy in thermal radiation is not a function of amount; it is a function of frequency. Ultraviolet-B radiation has 48 times the frequency of infrared radiation absorbed most strongly by carbon dioxide, 48 times the energy—has the potential to make the temperature of the absorbing body 48 times hotter. Ultraviolet-B radiation has enough energy to cause sunburn, skin cancer, and cataracts, something no amount of infrared energy can do. After all, you get much warmer standing in sunlight than standing outside at night with terrestrial infrared radiation welling up around you. I can now show that greenhouse gases do not absorb enough heat to be the primary cause of observed global warming.

Climate models based on greenhouse-warming theory have not predicted temperatures correctly since 1998. The major warming they predict later this century is highly unlikely to occur. As political leaders try to find ways to reduce greenhouse-gas concentrations with anticipated costs running in the trillions of dollars, they need to understand that this may have zero effect on reducing global warming.

Meanwhile, as long as ozone remains depleted relative to 1970 levels, the ocean will continue to warm. Recovery of the ozone layer is being slowed by a considerable  black market in CFCs because people in poorer countries cannot afford to replace their refrigerators and air conditioners that depend on CFCs. Plus, shorter-lived substances such as dichloromethanes are having more of a negative effect on ozone levels than previously realized. If we really want to reduce our negative effect on climate, we need to focus on reducing ozone depletion. We also need to start thinking about our options when large flows of basaltic lavas start forming.

Dr. Peter L. Ward worked 27 years with the United States Geological Survey as research geophysicist, branch chief, and program manager. He helped develop and manage a major national research program, chaired a committee at the White House, testified before Congress, worked on a committee for Vice President Gore, published dozens of scientific papers, and won two national awards for explaining science to the general public. He retired in 1998, working intensely for the past twelve years, trying to resolve several enigmatic observations related to climate change.

Ward’s analysis and theory are explained in detail on his website, WhyClimateChanges.com, and in his new book: “What Really Causes Global Warming? Greenhouse Gases or Ozone Depletion?”