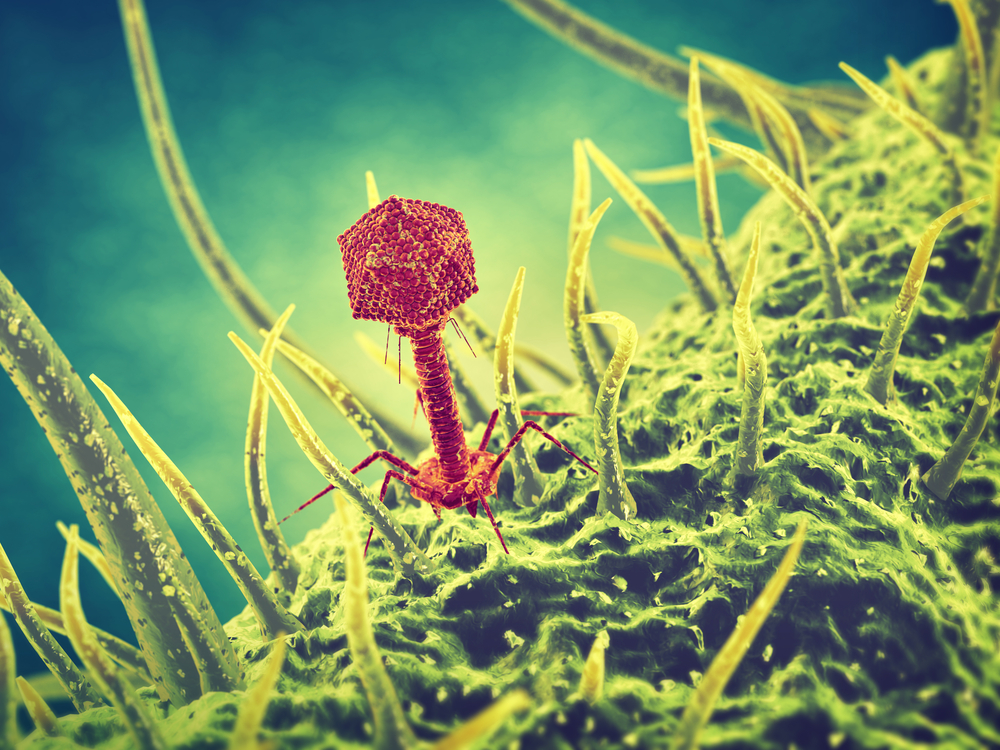 Scientists from the University of Liverpool’s Institute of Infection and Global Health have shown that phage therapy could offer a safe and effective alternative to antibitotics in the treatment of Cystic Fibrosis lung infections.

Chronic lung infections caused by the bacterium Pseudomonas aeruginosa are becoming increasingly difficult to treat due to antimicrobial resistance (AMR). With limited alternative therapeutic options available this has led to a renewed interest in (bacterio)phage therapy.

Phages are viruses that kill bacteria but are otherwise harmless. A major advantage is that phages only target the harmful bacteria, so there are less side of the effects often associated with antibiotics. Phage therapy however has not had the same level of funding as drug development, due to a lack of convincing pre-clinical efficacy studies.

Here for the first time, researchers have shown that phage therapy is highly effective in treating established and recalcitrant chronic respiratory tract infections caused by multi-drug resistant Pseudomonas aeruginosa strains. They show that phages are capable of killing the bacteria in long term infected lungs, such as those suffered by patients with the inherited disease Cystic Fibrosis, indicating a potential new therapeutic option for these hard to treat life threatening infections.

Professor Aras Kadioglu, who led the study, said: “Given the increasing problems caused by bacteria that are resistant to treatment with antibiotics, there is an urgent need to develop new approaches.  We have shown that phage therapy has the potential to offer a safe and effective alternative for the treatment of such persistent bacterial infections.”

Professor Craig Winstanley, who co-led the study, added: “Cystic Fibrosis patients face the prospect of life-long treatment with antibiotics, which often prove ineffective and can have side effects, especially when used for long periods.  Hence phage therapy could be a particularly valuable addition to the treatment of chronic lung infections in these patients.”

The recent UK Government Review on Antimicrobial Resistance by Jim O’Neil, highlights phage therapy as a potential alternative to antibiotics in the treatment of AMR infections. In addition, the WHO recently identified Pseudomonas aeruginosa as one of the key pathogens against which there is a critical need to develop new therapies. This new study provides valuable pre-clinical evidence for phage therapy being a viable option.