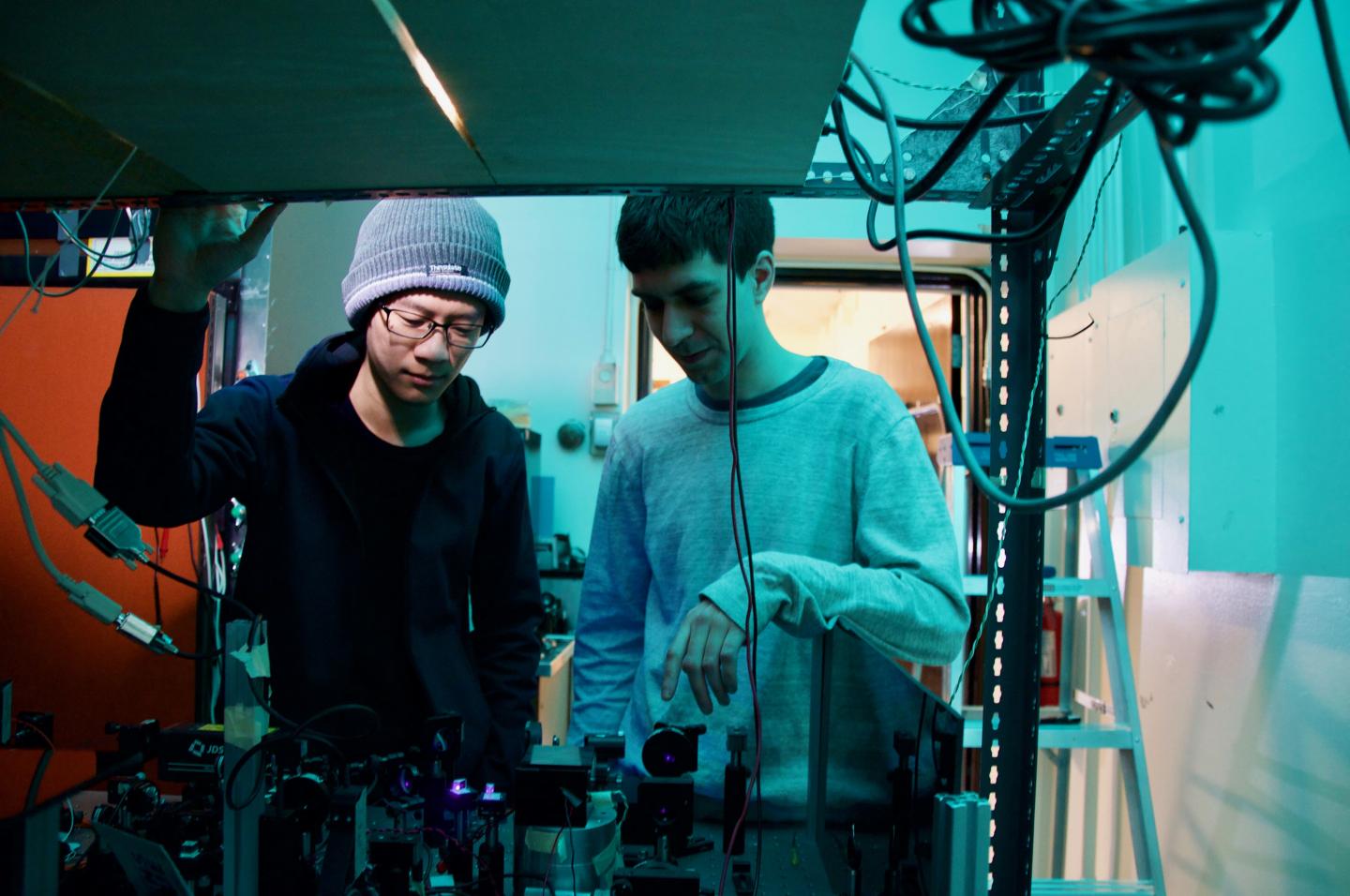 University of Toronto (U of T) researchers have demonstrated a way to increase the resolution of microscopes and telescopes beyond long-accepted limitations by tapping into previously neglected properties of light. The method allows observers to distinguish very small or distant objects that are so close together they normally meld into a single blur.

Telescopes and microscopes are great for observing lone subjects. Scientists can precisely detect and measure a single distant star. The longer they observe, the more refined their data becomes.

But objects like binary stars don't work the same way.

That's because even the best telescopes are subject to laws of physics that cause light to spread out or "diffract." A sharp pinpoint becomes an ever-so-slightly blurry dot. If two stars are so close together that their blurs overlap, no amount of observation can separate them out. Their individual information is irrevocably lost.

More than 100 years ago, British physicist John William Strutt - better known as Lord Rayleigh - established the minimum distance between objects necessary for a telescope to pick out each individually. The "Rayleigh Criterion" has stood as an inherent limitation of the field of optics ever since.

Telescopes, though, only register light's "intensity" or brightness. Light has other properties that now appear to allow one to circumvent the Rayleigh Criterion.

"To beat Rayleigh's curse, you have to do something clever," says Professor Aephraim Steinberg, a physicist at U of T's Centre for Quantum Information and Quantum Control, and Senior Fellow in the Quantum Information Science program at the Canadian Institute for Advanced Research. He's the lead author of a paper published today in the journal Physical Review Letters.

Some of these clever ideas were recognized with the 2014 Nobel Prize in Chemistry, notes Steinberg, but those methods all still rely on intensity only, limiting the situations in which they can be applied. "We measured another property of light called 'phase.' And phase gives you just as much information about sources that are very close together as it does those with large separations."

Light travels in waves, and all waves have a phase. Phase refers to the location of a wave's crests and troughs. Even when a pair of close-together light sources blurs into a single blob, information about their individual wave phases remains intact. You just have to know how to look for it. This realization was published by National University of Singapore researchers Mankei Tsang, Ranjith Nair, and Xiao-Ming Lu last year in Physical Review X, and Steinberg's and three other experimental groups immediately set about devising a variety of ways to put it into practice.

"We tried to come up with the simplest thing you could possibly do," Steinberg says. "To play with the phase, you have to slow a wave down, and light is actually easy to slow down."

His team, including PhD students Edwin (Weng Kian) Tham and Huge Ferretti, split test images in half. Light from each half passes through glass of a different thickness, which slows the waves for different amounts of time, changing their respective phases. When the beams recombine, they create distinct interference patterns that tell the researchers whether the original image contained one object or two - at resolutions well beyond the Rayleigh Criterion.

So far, Steinberg's team has tested the method only in artificial situations involving highly restrictive parameters.

"I want to be cautious - these are early stages," he says. "In our laboratory experiments, we knew we just had one spot or two, and we could assume they had the same intensity. That's not necessarily the case in the real world. But people are already taking these ideas and looking at what happens when you relax those assumptions."

The advance has potential applications both in observing the cosmos, and also in microscopy, where the method can be used to study bonded molecules and other tiny, tight-packed structures.

Regardless of how much phase measurements ultimately improve imaging resolution, Steinberg says the experiment's true value is in shaking up physicists' concept of "where information actually is."

Steinberg's "day job" is in quantum physics - this experiment was a departure for him. He says work in the quantum realm provided key philosophical insights about information itself that helped him beat Rayleigh's Curse.

"When we measure quantum states, you have something called the Uncertainty Principle, which says you can look at position or velocity, but not both. You have to choose what you measure. Now we're learning that imaging is more like quantum mechanics than we realized," he says. "When you only measure intensity, you've made a choice and you've thrown out information. What you learn depends on where you look."