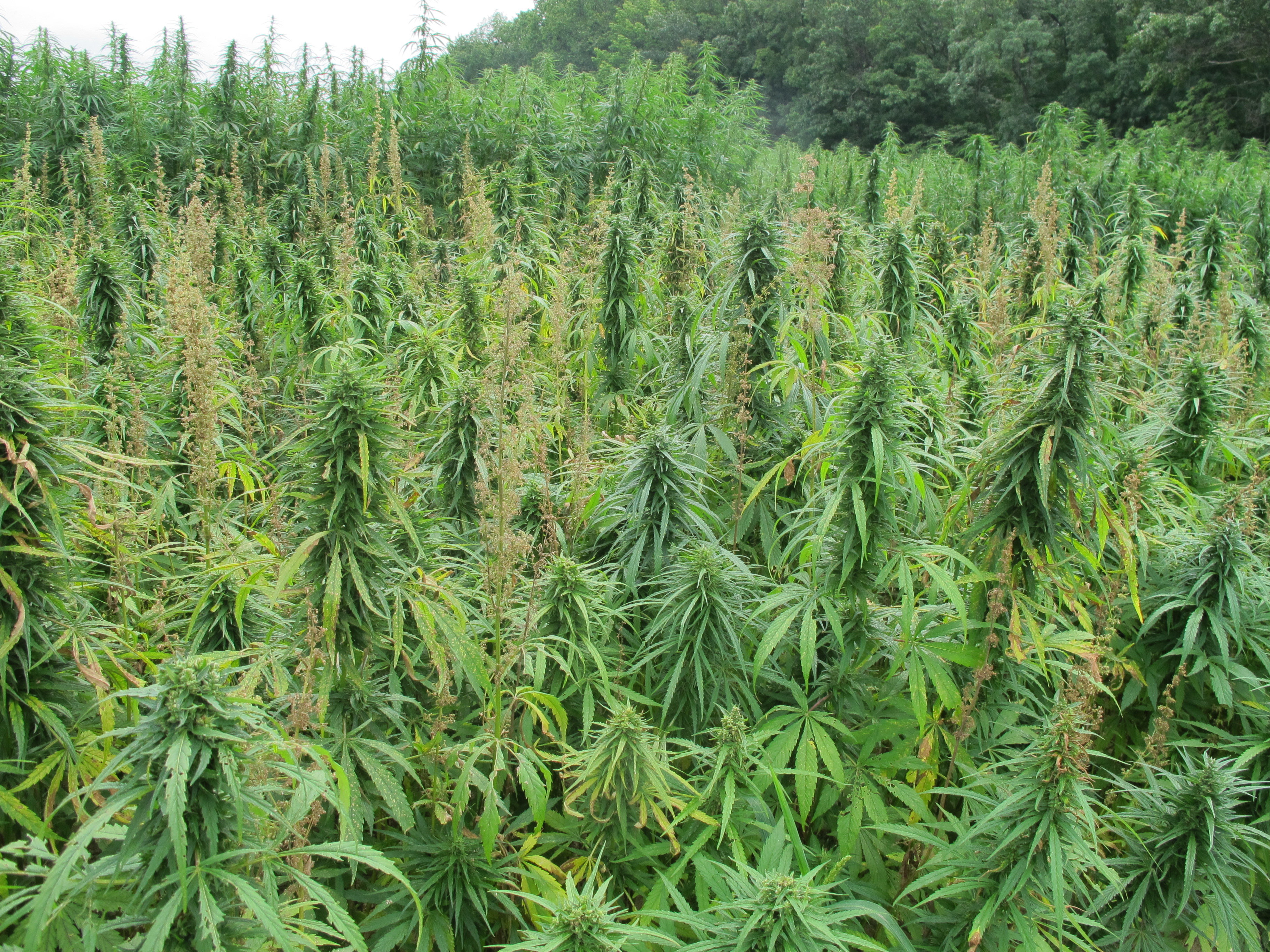 Industrial hemp has potential for use in food sources, textiles, building materials, and pharmaceuticals. The ancient crop was once widely utilized around the world—with some historians dating its use by humans back to 8000 B.C.—but today research is limited by federal regulations that define the crop as a Schedule I Controlled Substance along with marijuana. While the two have the same origins, hemp—a cannabis sativa plant species—has been breed to have extremely low levels of tetrahydrocannabinol (THC), the principal psychoactive constituent of cannabis.

To learn more about the research efforts in this space, R&D Magazine spoke to Lawrence B. Smart, PhD, a professor and program leader in the Horticulture and Plant Breeding and Genetics departments at Cornell University. Smart leads an interdisciplinary team of Cornell University researchers studying possible barriers to the development of the hemp industry. 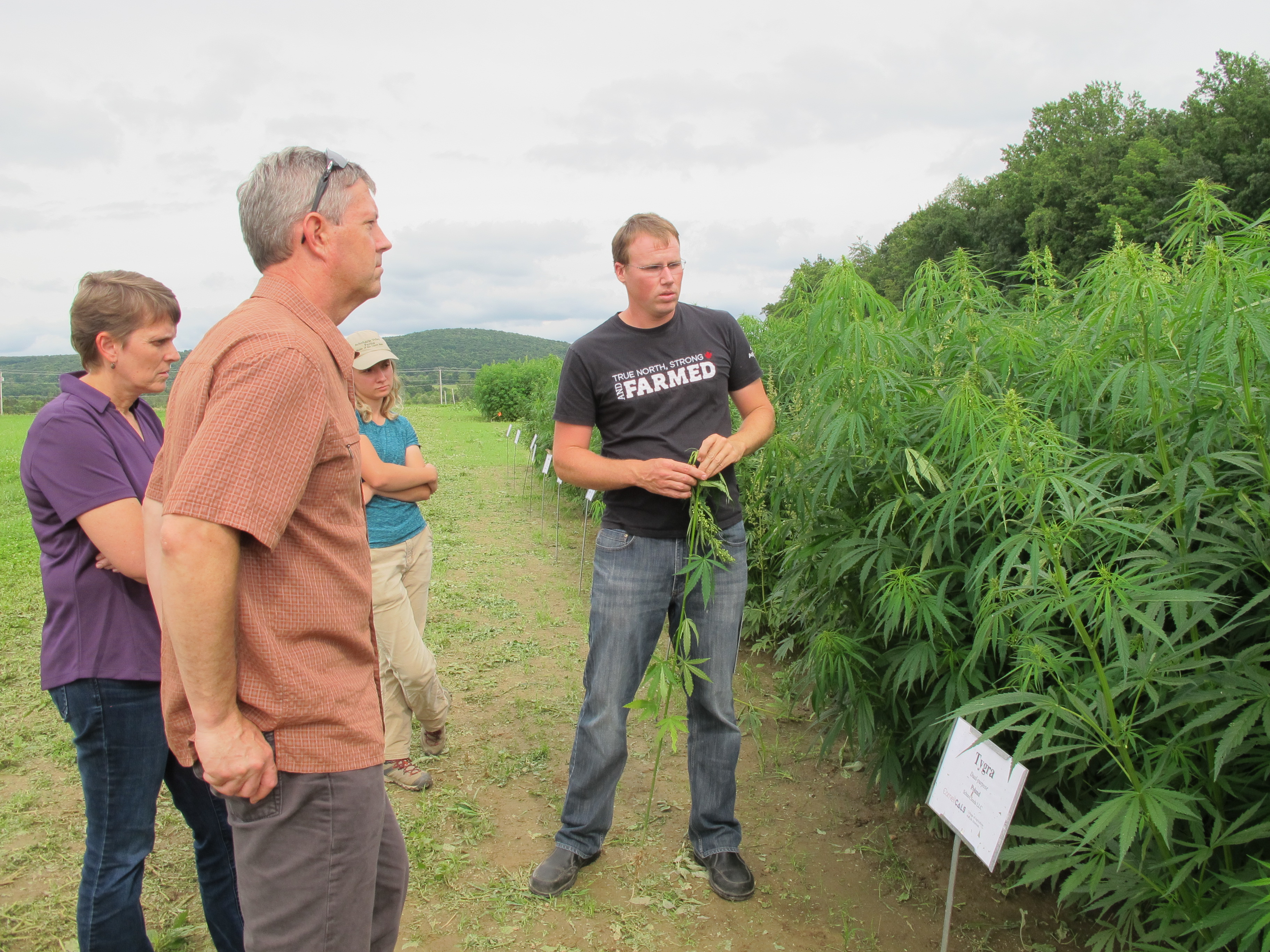 R&D Magazine: What are some of the applications of industrial hemp?

Smart: There are a number of different market classes. Probably the primary one that we are interested in is hemp grain as a food product and feed product. Hemp produces a very healthy culinary oil that chefs are already using is salad dressings, in pesto mixes and in other applications, because it has an optimum mix of Omega-3 and Omega-6 fatty acids. It is a fairly high oil content grain—it is about 36 or 37 percent oil. Once you press the grain to obtain that oil you are left with a high protein seed cake or press cake, so the grain also has a very high level of plant protein that is gluten free, soy free, GMO free, and can fairly easily be grown organically. So, it is very attractive to a growing demographic of consumers right now. That product is a good ingredient for many of the high protein, plant-based foods that are gaining popularity in the market.

The other major market class is for fiber products and there is a whole range of fibers from technical bio-composites to not-very-technical compressed panels. For example the panels that are used in the doors of BMWs are made with hemp. It can also be used for packaging materials. The high quality fiber can be woven into very durable fabrics that are cotton free. Many people are recognizing some of the very poor sustainability aspects of growing cotton and are looking for an alternative to that.

We are also very interested in the health and wellness benefits that can be gained from some of the secondary products that are produced. These are compounds in the cannabinoid pathway, often used in combination with some of the terpene compounds that are produced by the floral tissues. There are clinical trials underway for the use of cannabidiol, or CDB, as a treatment for childhood epilepsy. Many people comment on health benefits that they gain for chronic pain symptoms, for Parkinson’s disease, muscular dystrophy, restless leg symptom, and other neuro-muscular complications.

There are also a number of innovative uses for hemp; we have some companies that are growing hemp as a baby green in salad mixes and then using the flowers as ingredients in other food products, like in wine, vodka or beer.

R&D Magazine: How is hemp different than marijuana?

Smart: There is a legal technical difference which is that marijuana technically produces greater than 0.3 percent THC. Any cannabis sativa plant that produces less than 0.3 THC is considered industrial hemp. Breeders over time bred cannabis sativa for different market classes, and one market class is a high THC product that we can marijuana. Those plants have been selected for high THC production for hundreds of years. It is like saying, what is the different between a green squash and yellow squash—one has been bred to be green and one has been bred to be yellow. Or the difference between kale and broccoli; they are the same plant species but they have been bred for different market classes.

R&D Magazine: What barriers to the research and cultivation of industrial hemp exist?

Smart: The biggest barrier to the industry right now is the acquisition of seed and of high quality seed.  The federal regulations regarding import and the legal gray area of moving live seed across state lines has severely restricted the industry processing high quality seed for farmers to plant. That is one of the barriers that we are trying to overcome in New York state, to attract companies that have licenses and distribution rights for high quality cultivars to produce certified seed here in New York state so our growers don’t need to apply for a DEA import permit through our Department of Agriculture or face that legal uncertainty of transferring seed across state lines.

R&D Magazine: With more states legalizing marijuana, do you anticipate any regulatory changes occurring within the hemp industry?

Smart: Marijuana has been decriminalized by states, it has not been decriminalized by the federal government. That has been parallel in industrial hemp, in that the federal government through the 2014 Farm Act allowed states to develop pilot programs for the growth of industrial hemp in their state. Currently there are 34 states whose legislators have approved a pilot program for their state. Different state departments of agriculture have gone further in defining procures for growers to actually obtain seed and grow hemp and process it. However, there is still the overlaying regulation of industrial hemp as a Schedule I Controlled Substance.

There is language in legislation in congress right now which would change that status, but it has not been passed and signed by the president.

R&D Magazine: Do you think that public knowledge or perception of industrial hemp has shifted at all in recent years?

I think there are a larger number of farmers who are growing hemp that were not growing hemp three or four years ago. Word of mouth and media reports has brought more information to the general public as well. There is also wide spread adoption of legal rules allowing use of marijuana in different states, which I think probably loosens the public’s perception of restriction of industrial hemp.

R&D Magazine: With all of these barriers, why have you chosen to focus your research on hemp?

Smart: These challenges are part of what makes studying hemp interesting. While there is quite a bit we need to do to navigate the political, legal and scientific landscape around hemp, there is huge potential for this, especially if industrial hemp is taken off of the Schedule I controlled substance list and companies are freely able to invest in this enterprise.  I think there are real opportunities for this crop, both in terms of its products and the way it fits into the agricultural landscape.

This interview has been edited for legth and clarity.