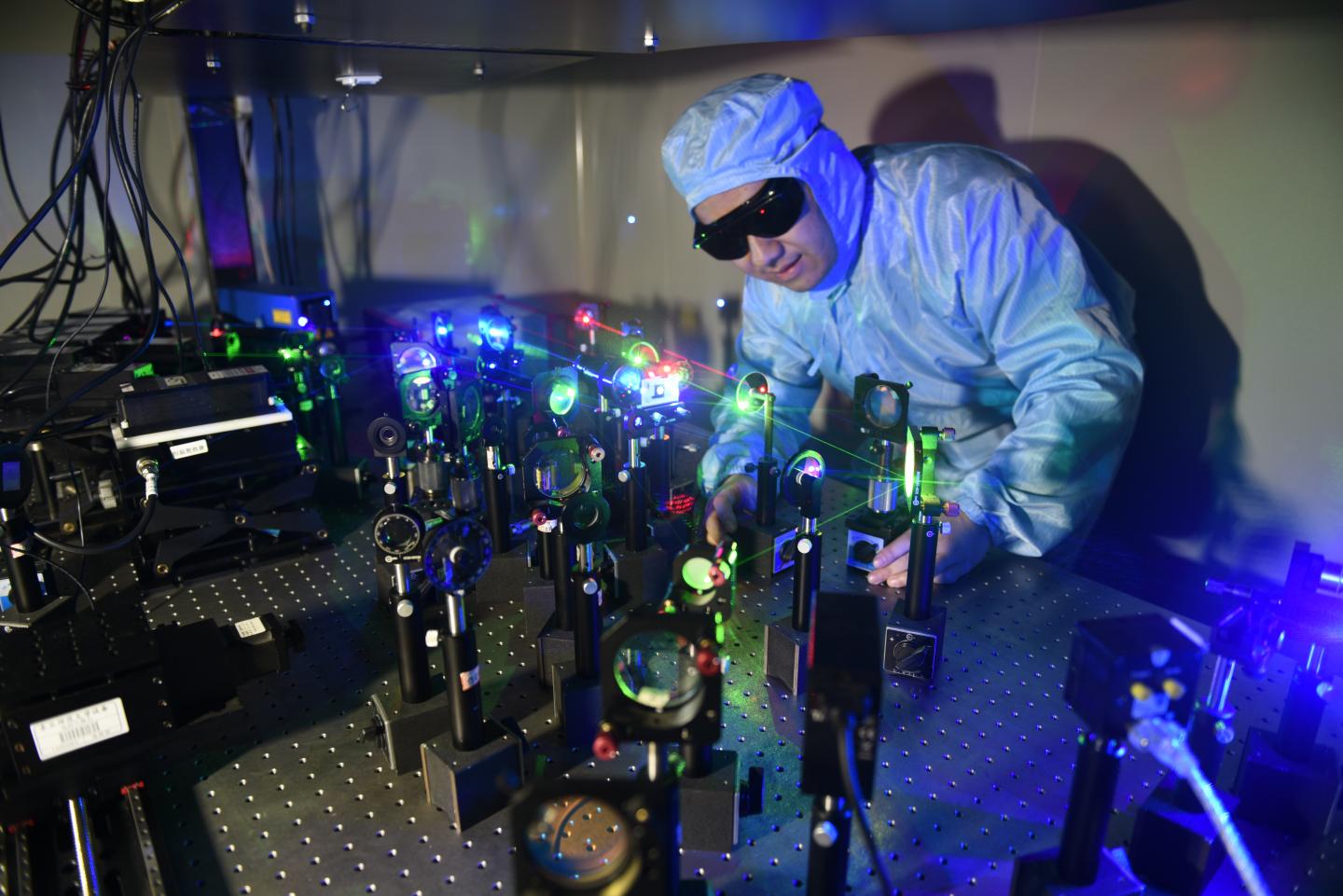 As we generate more and more data, the need for high-density data storage that remains stable over time is becoming critical. New nanoparticle-based films that are more than 80 times thinner than a human hair may help to fill this need by providing materials that can holographically archive more than 1000 times more data than a DVD in a 10-by-10-centimeter piece of film. The new technology could one day enable tiny wearable devices that capture and store 3-D images of objects or people.

“In the future, these new films could be incorporated into a tiny storage chip that records 3-D color information that could later be viewed as a 3-D hologram with realistic detail,” said Shencheng Fu, who led researchers from Northeast Normal University in China who developed the new films. “Because the storage medium is environmentally stable, the device could be used outside or even brought into the harsh radiation conditions of outer space.”

In the journal Optical Materials Express, the researchers detail their fabrication of the new films and demonstrate the technology’s ability to be used for an environmentally-stable holographic storage system. The films not only hold large amounts of data, but that data can also be retrieved at speeds up to 1 GB per second, which is about twenty times the reading speed of today’s flash memory.

The new films are designed for holographic data storage, a technique that uses lasers to create and read a 3-D holographic recreation of data in a material. Because it can record and read millions of bits at once, holographic data storage is much faster than optical and magnetic approaches typically used for data storage today, which record and read individual bits one at a time. Holographic approaches are also inherently high-density because they record information throughout the 3-D volume of the material, not just on the surface, and can record multiple images in the same area using light at different angles or consisting of different colors.

Recently, researchers have been experimenting with using metal-semiconductor nanocomposites as a medium for storing nanoscale holograms with high spatial resolution. Porous films made of the semiconductor titania and silver nanoparticles are promising for this application because they change color when exposed to various wavelengths, or colors, of laser light and because a set of 3-D images can be recorded at the focus area of laser beam using a single step. Although the films could be used for multiwavelength holographic data storage, exposure to UV light has been shown to erase the data, making the films unstable for long-term information storage.

Recording a holographic image into titania-silver films involves using a laser to convert the silver particles into silver cations, which have a positive charge due to extra electrons. “We noticed that UV light could erase the data because it caused electrons to transfer from the semiconductor film to the metal nanoparticles, inducing the same photo transformation as the laser,” said Fu. “Introducing electron-accepting molecules into the system causes some of the electrons to flow from the semiconductor to these molecules, weakening the ability of UV light to erase the data and creating an environmentally stable high-density data storage medium.”

The researchers tested their new films and found that holograms can be written into them efficiently and with high stability even in the presence of UV light. The researchers also demonstrated that using the electron-acceptors to change the electron flow formed multiple electron transferring paths, making the material respond faster to the laser light and greatly accelerating the speed of data writing.

“Particles made from noble metals such as silver are typically viewed as a slow-response media for optical storage,” said Fu. “We show that using a new electron transport flow improves the optical response speed of the particles while still maintaining the particle’s other advantages for information storage.”

The researchers plan to test the environmental stability of the new films by performing outdoor tests. They also point out that real-life application of the films would require the development of high efficiency 3-D image reconstruction techniques and methods for color presentation for displaying or reading the stored data.