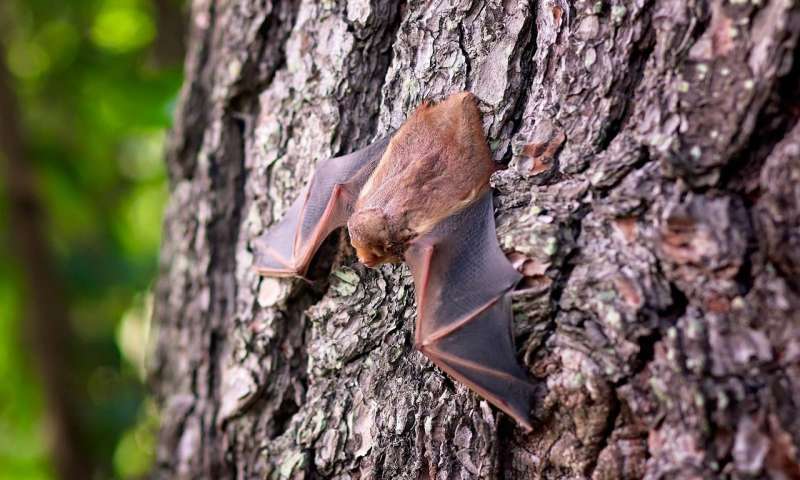 Researchers from Singapore’s Duke-NUS Medical School, in collaboration with scientists in China, have identified and characterised a new genus of filovirus from a Rousettus bat in China. Their findings were published in the journal Nature Microbiology.

Bat-borne viruses around the world pose a threat to human and animal health. Filoviruses, especially Ebola virus and Marburg virus, are notoriously pathogenic and capable of causing severe and often fatal fever diseases in humans by affecting many organs and damaging blood vessels.

“Studying the genetic diversity and geographic distribution of bat-borne filoviruses is very important for risk assessment and outbreak prevention as this type of infectious disease can affect the general public without warning with devastating consequences,” said Professor Wang Lin-Fa, Director of the Emerging Infectious Diseases Signature Research Programme at Duke-NUS Medical School, Singapore, and a senior author of the study.

The researchers discovered the new virus while analysing the diversity of filoviruses in Rousettus bats. They named it the Měnglà virus because it was discovered in Měnglà County, Yunnan Province, China. They detected the virus from a bat sample and conducted sequencing and functional characterization studies.

The results showed that the Měnglà virus represents a new genus named Dianlovirus within the filovirus group. The Měnglà virus is genetically distinct, sharing just 32%-54% of its genetic sequence with other known filoviruses. It is found in different geographic locations compared to other filoviruses. This new genus, which could include more than one species, sits in between Ebola virus and Marburg virus on the evolutionary tree.

The researchers tested the Měnglà virus in cell lines from various animal species and found that, like other filoviruses, it poses a potential risk of interspecies transmission.

“The early identification of the filovirus from Rousettus bats by Prof Wang and researchers in China is one of the many strong research collaborations the Emerging Infectious Diseases (EID) Programme at Duke-NUS engages in,” noted Professor Patrick Casey, Senior Vice Dean of Research, Duke-NUS Medical School. “With globalisation, it is important to identify and assess the risk of potential infectious disease outbreaks and, from it, develop effective controls strategies and treatments.”

At present, the virus has only been identified in Rousettus bats in China. Further tests will be conducted to assess the risk of the virus spreading to other species.