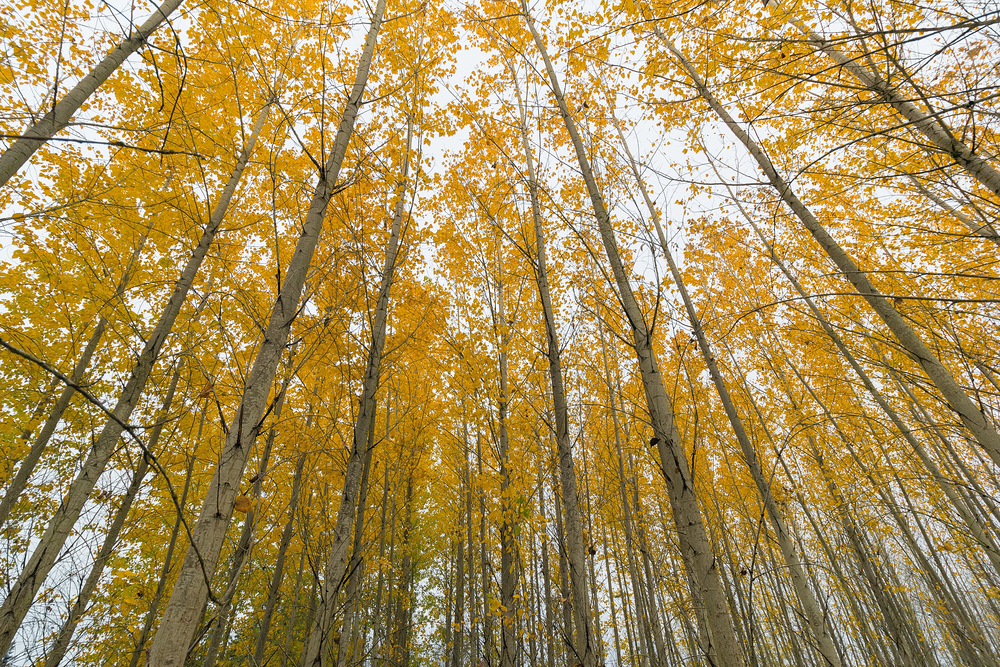 A research team led by the University of Georgia has discovered that manipulation of the same gene in poplar trees and switchgrass produced plants that grow better and are more efficiently converted to biofuels.

Due to the composition of plant cell walls, plant material is not efficiently broken down or deconstructed to the basic sugars that are converted to biofuels.

In a paper published today in Nature Biotechnology, the researchers report that reducing the activity of a specific gene called GAUT4 leads to lower levels of pectin, a component of plant cell walls responsible for their resistance to deconstruction.

“It’s expensive to produce biofuels,” said lead author Debra Mohnen, a member of UGA’s Complex Carbohydrate Research Center and professor of biochemistry and molecular biology in the Franklin College of Arts and Sciences. “It takes a lot of energy to break open plant biomass, with a pretreatment process involving chemicals, high temperatures and enzymes that break complex polymers into smaller sugars that can be turned into fuels. Even relatively modest increases in the efficiency of deconstruction can be important on an industrial scale.”

Mohnen and a team of researchers at six institutions found that reducing the expression of GAUT4 in poplar and switchgrass led to a 70 percent reduction in pectin content and produced a 15 percent increase in sugar release. Unexpectedly, it also led to an increase in the growth of both plant species, an added benefit.

The increase in plant yield and sugar release—demonstrated in both greenhouse and field trials for switchgrass—bodes well for creating biofuels, an important alternative to fossil fuels. Switchgrass and poplar previously were identified by the U.S. Department of Energy as two biofuel feedstocks that can be grown on land that would not profitably support food crops.

The team also explored the mechanism behind the results, producing the first evidence that a reduction in GAUT4 specifically reduces two of the three types of pectin in plants. The influence of pectin on biofuel production largely has been ignored, according to the paper’s first author, Ajaya Biswal, assistant research scientist at the CCRC. In research that began more than a decade ago, Biswal found GAUT4 expressed in poplar and then targeted the gene in both poplar and switchgrass.

“We tend to forget that understanding the mechanics and wall structure of a plant like switchgrass is a long journey,” he said. “Mother Nature took millions of years to build it, and fully exploring it in 10 years is impossible—we still have so much more to learn.”

For this study, UGA researchers joined with scientists from the DOE-BioEnergy Science Center, Oak Ridge National Laboratory, University of Tennessee, ArborGen and the National Renewable Energy Laboratory. The paper is available online at https://www.nature.com/articles/nbt.4067

The research began under the auspices of the BioEnergy Science Center, one of three DOE-funded research centers seeking new methods to overcome the difficulty of breaking down plant cell walls to create biofuels. The work continues through the DOE-funded Center for Bioenergy Innovation, created last year to advance the production of fuels and other products directly from nonfood biomass. CBI is led by Oak Ridge National Laboratory; the UGA team is one of 15 partners and is led by Mohnen, also a member of UGA’s Plant Center. The university received $1.9 million in funding for the first year, with an expected five years of funding.

“These discoveries have contributed to our fundamental understanding of how cell walls are formed,” said Jerry Tuskan, CEO and director of CBI. “With these insights, we can now rationally deconstruct plant biomass into precursors for biofuels and other bio-based products.”

The Center for Bioenergy Innovation is one of four Department of Energy Bioenergy Research Centers within DOE’s Office of Science created to expand on the foundational successes of former BRCs and to lay the scientific groundwork for a new robust, biobased economy. Funding for this work originated under DOE’s BioEnergy Science Center, one of three BRCs established in 2007. Learn more at https://cbi.ornl.gov/.

ORNL is managed by UT-Battelle for DOE’s Office of Science. The Office of Science is the single largest supporter of basic research in the physical sciences in the United States, and is working to address some of the most pressing challenges of our time. For more information, please visit http://science.energy.gov/.