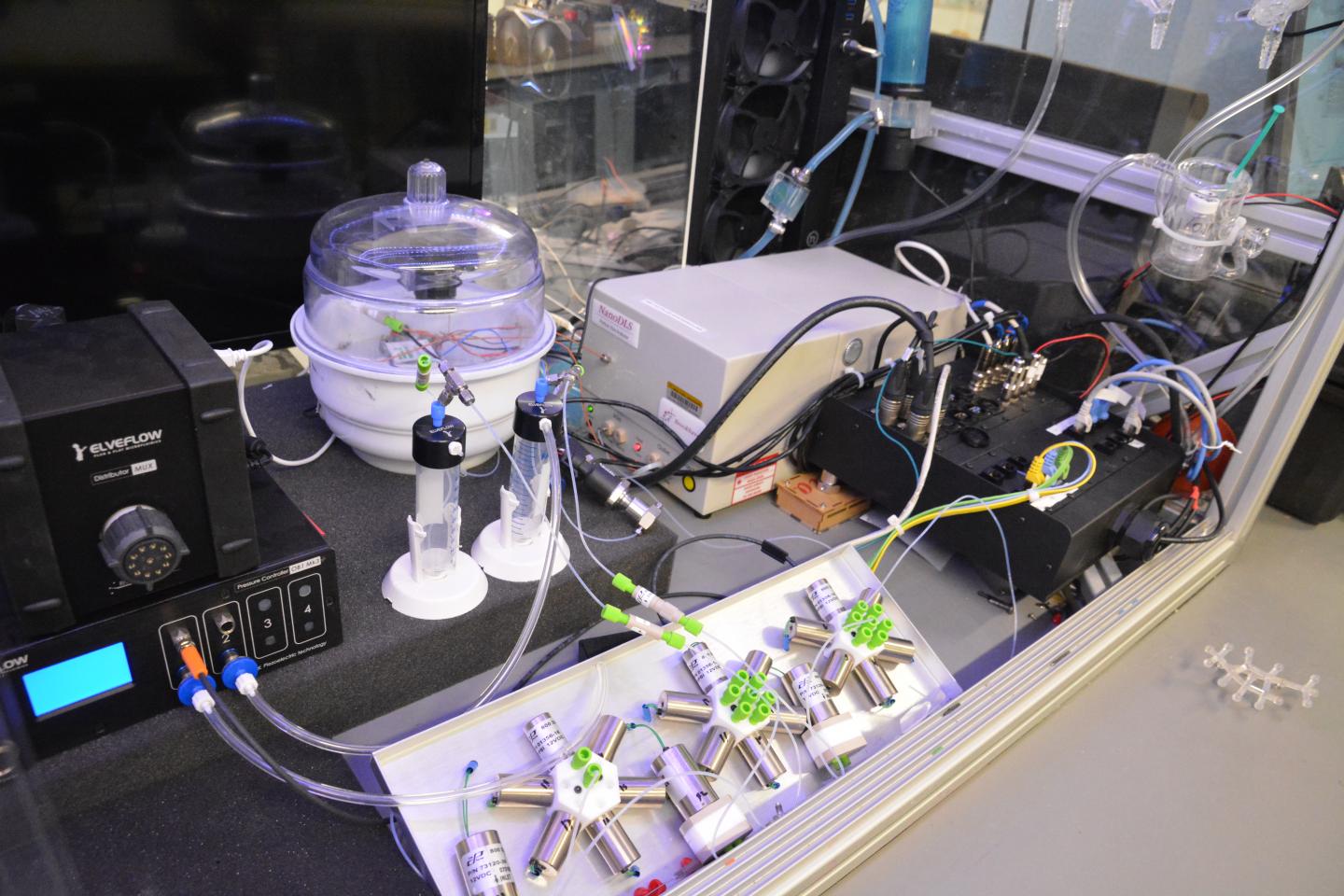 Now, researchers at the NYU Tandon School of Engineering are tapping a new set of capabilities in this field of artificial intelligence, combining artificial neural networks with infrared thermal imaging to control and interpret chemical reactions with precision and speed that far outpace conventional methods. More innovative still is the fact that this technique was developed and tested on novel microreactors that allow chemical discoveries to take place quickly and with far less environmental waste than standard large-scale reactions.

“This system can reduce the decision-making process about certain chemical manufacturing processes from one year to a matter of weeks, saving tons of chemical waste and energy in the process,” said Ryan Hartman, an assistant professor of chemical and biomolecular engineering at NYU Tandon and lead author of a paper detailing the method in the journal Computers & Chemical Engineering.

Last year, Hartman introduced a new class of miniaturized chemical reactors that brings reactions traditionally carried out in large-batch reactors with up to 100 liters of chemicals down to the microscale, using just microliters of fluid – a few small drops. These microfluidic reactors are useful for analyzing catalysts for manufacturing or discovering compounds and studying interactions in drug development, and they promise to reduce waste, speed innovation, and improve the safety of chemical research.

Hartman and his team have increased the utility of these reactors by pairing them with two additional technologies: infrared thermography, an imaging technique that captures a thermal map displaying changes in heat during a chemical reaction, and supervised machine learning, a discipline of artificial intelligence wherein an algorithm learns to interpret data based on inputs selected by researchers controlling the experiments.

Paired together, they allow researchers to capture changes in thermal energy during chemical reactions — as indicated by color changes on the thermal image — and to interpret these changes quickly. Due to the non-contact nature of infrared thermography, the technique can even be utilized for reactions that operate at extreme temperatures or in extreme conditions, such as a bioreactor that requires a sterile field.

The research team is the first to train an artificial neural network to control and interpret infrared thermal images of a thermoelectrically cooled microfluidic device. The potential impacts on both innovation and sustainability are significant. Large chemical companies may screen hundreds of catalysts while developing new polymers, for example, and each reaction can require more than 100 liters of chemicals and 24 hours or longer. Screening that number of catalysts using current laboratory processes can take a year. Using Hartman’s approach, the entire process can be accomplished in weeks, with exponentially less waste and energy usage. Hartman estimates that a single industrial hood used to control fumes during large-scale chemical testing uses as much energy per year as the average U.S. home.