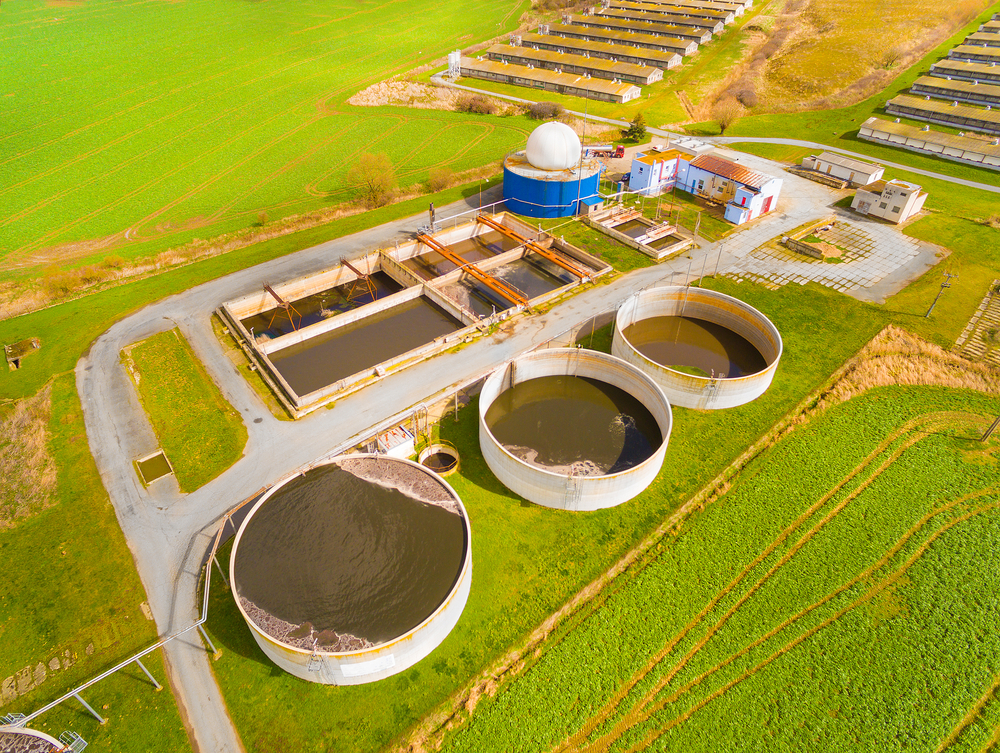 Aerial view of biogas plant at a pig farm in the Czech Republic where they create renewable energy from biomass.

A team of scientists are hopeful they can develop a new method to convert biomass that involves less heat and energy.

Researchers from the U.S. Department of Energy’s Ames Laboratory are working towards developing a new method to convert lignin—a complex natural polymer found in food, fiber and cell walls—into components that could be used for liquid fuel and a range of other applications.

Processing lignin currently requires either an acid and high heat or pyrolysis—treating with high heat in the absence of oxygen. However, both these process consume significant energy with less than optimal results.

“You end up with individual molecules that are unstable and reactive and they easily re-polymerize,” Igor Slowing, Ph.D., an expert in heterogeneous catalysis at the Ames Laboratory, said in a statement. “It’s kind of a horrible mess, really.

“We need to be able to deconstruct lignin in a way that is economically feasible and into stable, readily useful components,” he added.

The researchers are attempting to commercialize a new process, experimenting with chemical reactions that decompose lignin models at low temperatures and pressures.

They have already shown the ability to salvage useful byproducts out of lignin through the addition of a stabilization process, but the research team has taken both the decomposition and stabilization processes further by combining the two into one multi-functional catalyst using phosphate-modified ceria.

“Our process does the breaking of lignin-like material and the stabilization in a single step in very mild conditions,” Slowing said. “The interesting thing is that though there are two different types of chemical processes happening in a single material, they appear to be working synergistically and are able to do that at a lower temperature.”

The researchers then were able to process phenol into useful industrial precursors for nylon production using a catalyst made of ceria and palladium doped with sodium to significantly increase the reactivity of the process.   They also eliminated the use of hydrogen and used an energy-conserving alcohol-based hydrogenation process.

“Both of these results were very promising and our next step is to combine the two experiments into one, and achieve lignin deconstruction using hydrogen from a renewable source,” Slowing said.

The study was published in Journal of Materials Chemistry A.