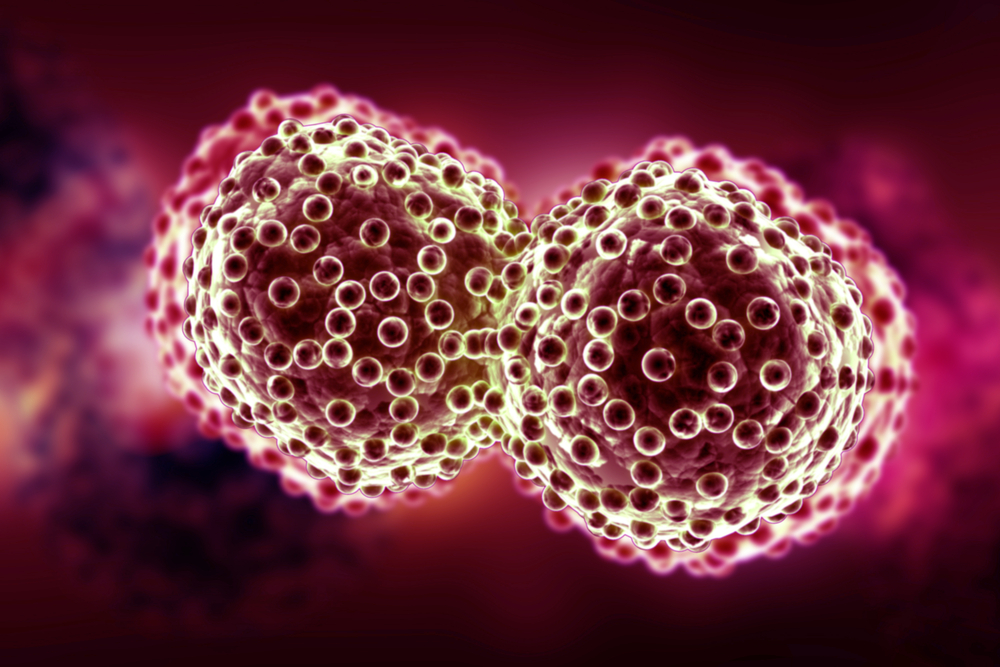 A biologist at The University of Texas at Dallas and his colleagues have discovered that two enzymes previously linked independently with keeping cancer cells alive actually work in tandem to spur tumor growth.

“There has been no reason to suspect these two proteins interact, but now we know they do. This finding was totally unexpected,” said Dr. Jung-Whan (Jay) Kim, assistant professor of biological sciences and co-lead author of the study published Dec. 14 in the online journal Nature Communications.

The two enzymes Kim studied are abbreviated NQO1 and HIF-1a (pronounced “hif-one-alpha”). Under normal biological conditions, NQO1 helps protect the body from the cancer-causing damage of free radicals and environmental toxins, such as cigarette smoke. HIF-1a aids cell survival when oxygen levels in the body are temporarily low, a condition known as hypoxia. As optimal oxygen levels return, HIF-1a is degraded.

In many types of cancer tumors, however, both enzymes occur persistently at very high levels. Elevated NQO1 expression, in particular, is associated with poor prognosis in breast, colon, cervical, lung and pancreatic cancer patients, although the molecular mechanism for the elevated expression remains unclear.

“Cancer cells, like any other cells, need oxygen to survive, but they grow really fast so they become hypoxic – therefore, they suffer from low oxygen,” Kim said. “They try to adapt to or overcome this hypoxic stress through various mechanisms, one of which is to increase HIF-1a. This enzyme signals the body to make more blood vessels to feed the tumor and to reprogram cellular metabolism to adapt to hypoxia.

“Until now, though, no one had made a connection between HIF-1a and NQO1,” Kim said.

Kim’s research group conducted a series of experiments to determine which of several proteins interact with HIF-1a. Unexpectedly, they found that NQO1 binds to HIF-1a to form a complex.

“We confirmed that they [HIF-1a and NQO1] are bound together and interacting. We also determined where in their structure they physically connect,” said Kim, whose co-authors include biology graduate student Justin Goodwin BS’15, former research associate Robin Ruthenborg BS’13 MS’14 and several colleagues in South Korea. “We also characterized what happens biochemically when these two proteins are bound together.”

The results show that by binding to HIF-1a in cancer cells, NQO1 regulates the partner protein by stabilizing it, preventing HIF-1a from being degraded.

“We have revealed this novel function for NQO1 in stabilizing HIF-1a, which, in turn, enhances tumor growth,” Kim said.

As part of their study, the researchers examined colorectal cancer cells obtained from patients and found a significant correlation between high NQO1 and high HIF-1a levels. “Our observations provided strong supportive evidence that the two proteins physically interact,” Kim said.

In subsequent experiments, the group eliminated NQO1 in colorectal and breast cancer cells. They injected the modified cells into immunocompromised mice, whose inhibited immune systems are capable of growing human tumors. A group of control animals received unmodified tumor cells.

“We saw tumor levels drop in the mice that received cancer cells without NQO1,” Kim said. “Our experiments strongly suggest that this tumor growth was inhibited specifically through reduced NQO1-dependent HIF-1a activity.”

Kim’s UT Dallas research team is currently investigating the role of HIF-1a in certain types of lung cancers and is collaborating with Dr. Jung-Mo Anh, associate professor of chemistry and biochemistry, to identify molecules that might target and block HIF-1a in cancer cells.

“We have some potentially interesting candidates, but we need further research,” Kim said. “We are in the very early stages, but hopefully we will see some inhibitors emerge within the next few years.”