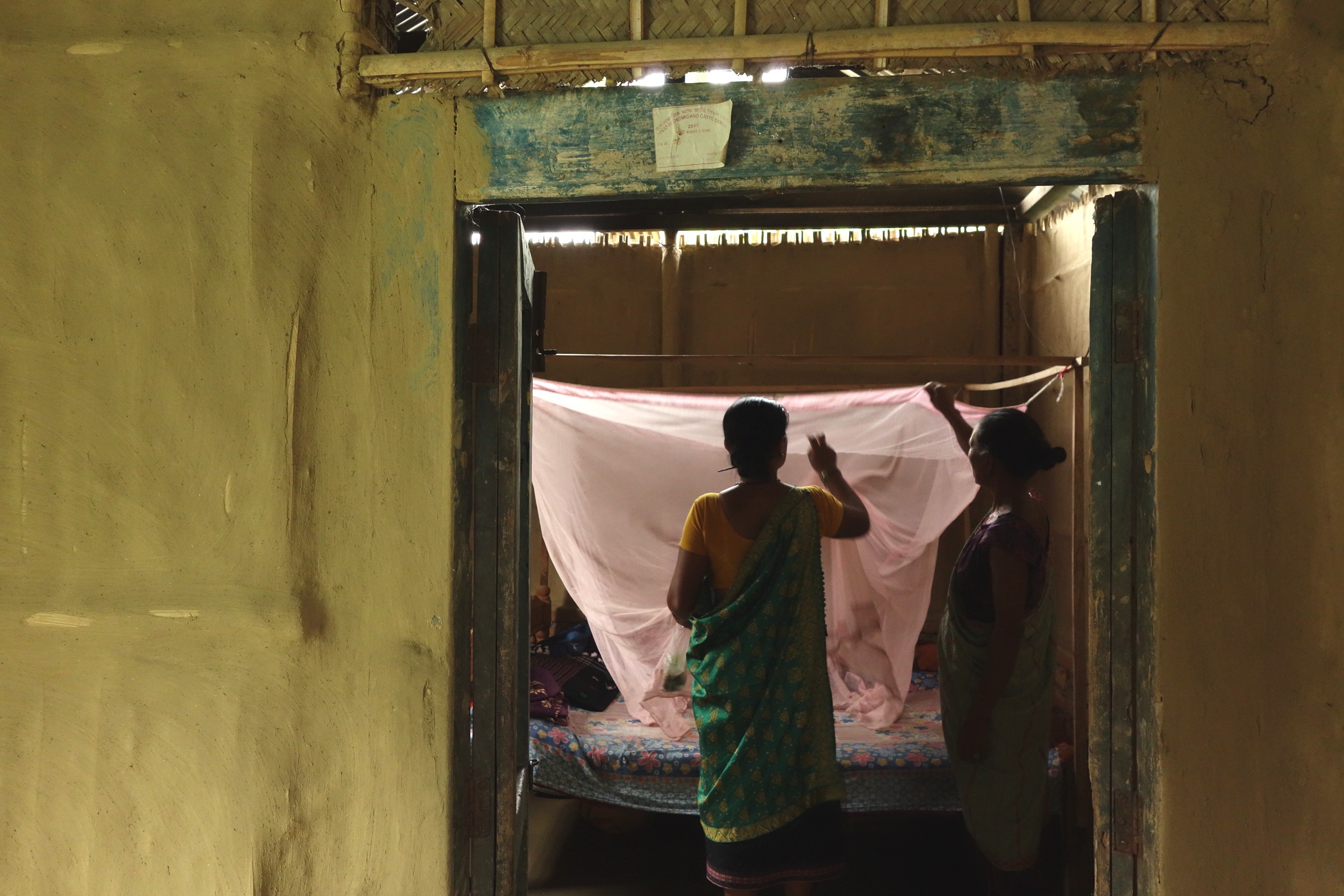 At a South Asia ICEMR community site in rural Assam, a health worker inspects a bed net during a community survey.P.K. Mohapatra

The National Institutes of Health has renewed a major grant that funds a University of Washington-led research center to understand malaria in India.

The initiative — Malaria Evolution in South Asia, which was first funded in 2010 — is one of 10 NIH-supported International Centers of Excellence for Malaria Research, or ICEMRs. The National Institute of Allergy and Infectious Diseases announced that it would provide $9.3 million in funds to the South Asia ICEMR over the next seven years, beginning July 1, 2017.

South Asia sits in the middle of the malaria corridor that cuts from Southeast Asia to Africa.

“India is a country of critical importance for understanding the spread of virulent malaria globally,” said Pradipsinh K. Rathod, a UW professor of chemistry and the director of the Malaria Evolution in South Asia ICEMR. “While most deaths caused by drug-resistant strains of malaria have occurred in Africa, most drug-resistant parasites arise first in Asia.”

Malaria in India remains underappreciated. The country has 1.3 billion people and more than 90 percent of the population live in areas where there is risk of malaria transmission. India had an estimated 13 million cases of malaria in 2015, according to the World Health Organization. Beyond that, the picture of malaria in India is one of diversity.

“There is enormous variation in the prevalence of malaria around the country — variation in levels of immunity and variation in the species of mosquitoes that spread the disease,” said Laura Chery, the South Asia ICEMR’s associate director. “Most importantly, there is unexpectedly high genetic diversity in malaria parasites that are circulating in India.”

In addition to researchers from the UW, the South Asia ICEMR also includes U.S. scientists from Harvard University, the Fred Hutchinson Cancer Research Center, the Center for Infectious Disease Research and Stanford University. But by far the largest contingent of researchers that make up the center’s efforts are the dozens of scientists, clinicians and field workers at sites across India.

“We have formed wonderful, productive partnerships with hospitals, clinics, government agencies and community members,” said Chery. “Together, we have learned to do advanced science on the ground at clinically important sites.”

Through partnerships with local hospitals and research institutes, the center currently works out of six sites across India. The locations capture the diversity of this massive country: Four sites are in eastern and northeastern India, where malaria is endemic and cases can reach as high as 50 to 100 per 1,000 people. Two other sites are on the west coast, where the prevalence of malaria can be relatively low — fewer than 1 case per 1,000 people. But these sites include urban hospitals that attract and treat large numbers of malaria patients, including migrants from other parts of the country.

“We believe that movement of people within the country can partly explain the complexity of malaria in India,” said Rathod. “However, we do not fully understand the basis for such variations.”

At each site, staff enroll patients to obtain malaria parasite samples, as well as information on each patient’s health history. From on-site laboratories in India, center staff and partners pursue a number of research projects: analyzing parasite samples for signs of drug resistance, understanding the basis for variations in disease presentation, sequencing parasite genomes and determining their genetic relatedness to one another, and testing how well different mosquito species take up various malaria strains.

In addition to setting up complex research infrastructure, in its first seven years the center has made some surprising conclusions about malaria in India. Parasites in India show more genetic diversity than parasites in the rest of the world combined, according to Rathod. As a consequence, some standard laboratory tests for drug resistance, developed elsewhere in the world, do not accurately predict whether Indian parasites will show drug resistance.

Drug resistance is a major concern in malaria. Chloroquine was once an effective drug to fight malaria. But a generation ago, malaria parasites began to evolve resistance to it, rendering it largely ineffective. Today, the drug artemisinin is considered the best treatment against malaria. But artemisinin-resistant strains of malaria already have been identified in Southeast Asia. The Indian government and the South Asia ICEMR are on the lookout for artemisinin resistance among patients in northeastern and eastern India. Beyond that, the South Asia ICEMR is looking for parasites that mutate at extraordinary rates, as seen in Southeast Asia.

“By getting a clearer picture of malaria in India, we’re ‘closing the gap’ on how this complex parasite behaves globally,” Rathod said.