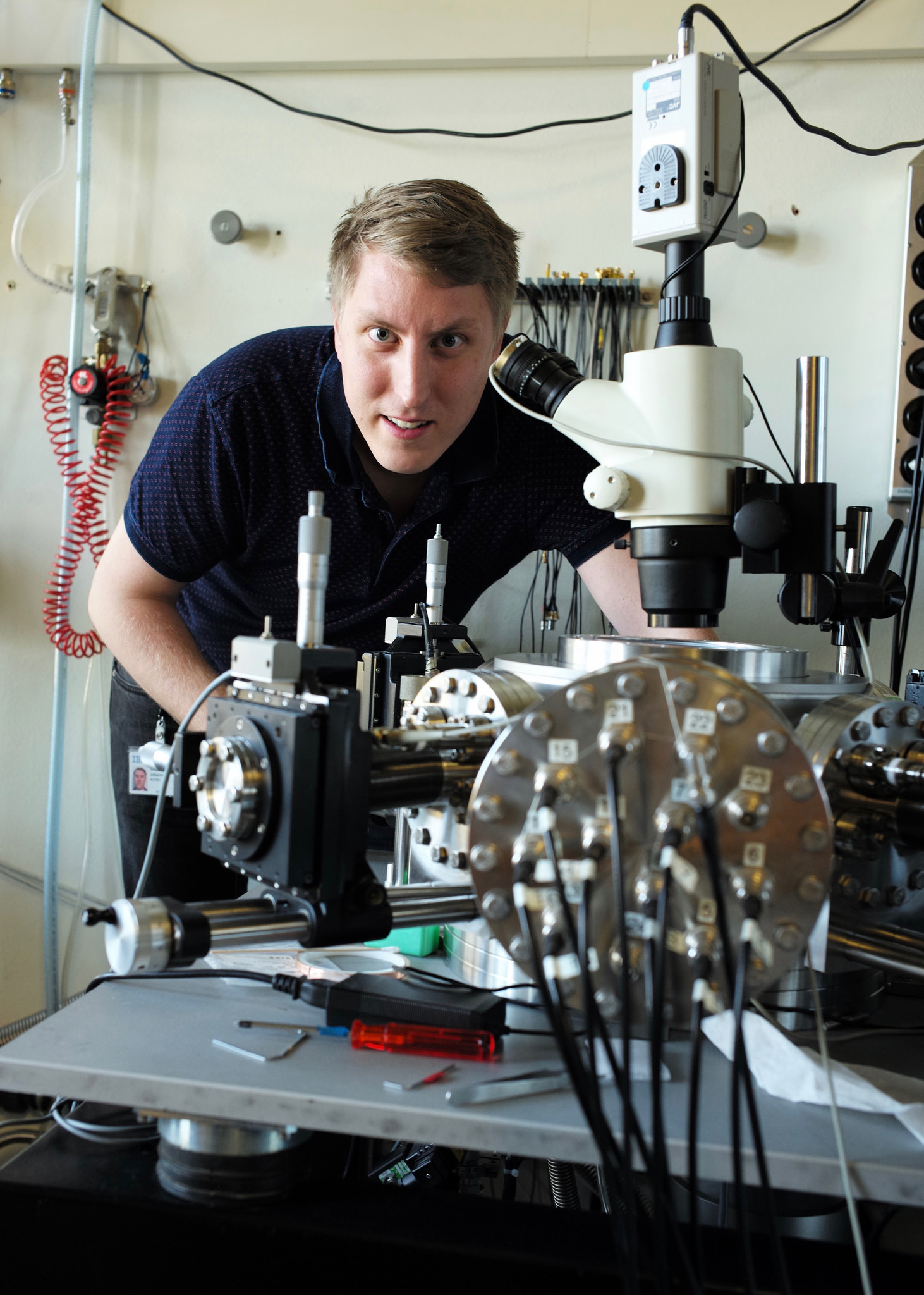 Johannes Gooth is a postdoctoral fellow in the Nanoscale Devices & Materials group of the Science & Technology department at IBM Research – Zurich. His research is focused on nanoscale electronics and quantum physics. Image: IBM Research

IBM scientists have achieved an important milestone toward creating sophisticated quantum devices that could become a key component of quantum computers. As detailed in the peer-review journal Nano Letters, the scientists have shot an electron through a III-V semiconductor nanowire integrated on silicon for the first time.

IBM scientists are driving multiple horizons in quantum computing, from the technology for the next decade based on superconducting qubits, towards novel quantum devices that could push the scaling limit of today’s microwave technology down to the nanometer scale and that do not rely on superconducting components, opening a path towards room-temperature operation.

Now, IBM scientists in Zurich have made a crucial fundamental breakthrough in their paper Ballistic one-dimensional InAs nanowire cross-junction interconnects. Using their recently developed Template-Assisted-Selective-Epitaxy (TASE) technique to build ballistic cross-directional quantum communication links, they pioneered devices which can coherently link multiple functional nanowires for the reliable transfer of quantum information across nanowire networks. The nanowire acts as a perfect guide for the electrons, such that the full quantum information of the electron (energy, momentum, spin) can be transferred without losses.

By solving some major technical hurdles of controlling the size, shape, position and quality of III-V semiconductors integrated on Si, ballistic one-dimensional quantum transport has been demonstrated. While the experiments are still on a very fundamental level, such nanowire devices may pave the way towards fault-tolerant, scalable electronic quantum computing in the future.

The paper’s lead author, IBM scientist Dr. Johannes Gooth, noted that the milestone has implications for the development of quantum computing. By enabling fully ballistic connections where particles are in flight at the nanoscale, the quantum system offers exponentially larger computational space.

Earlier this year, IBM launched an industry-first initiative to build commercially available universal quantum computing systems. The planned “IBM Q” quantum systems and services will be delivered via the IBM Cloud platform and will deliver solutions to important problems where patterns cannot be seen by classical computers because the data doesn’t exist and the possibilities needed to explore to get to the answer are too enormous to ever be processed by classical systems.