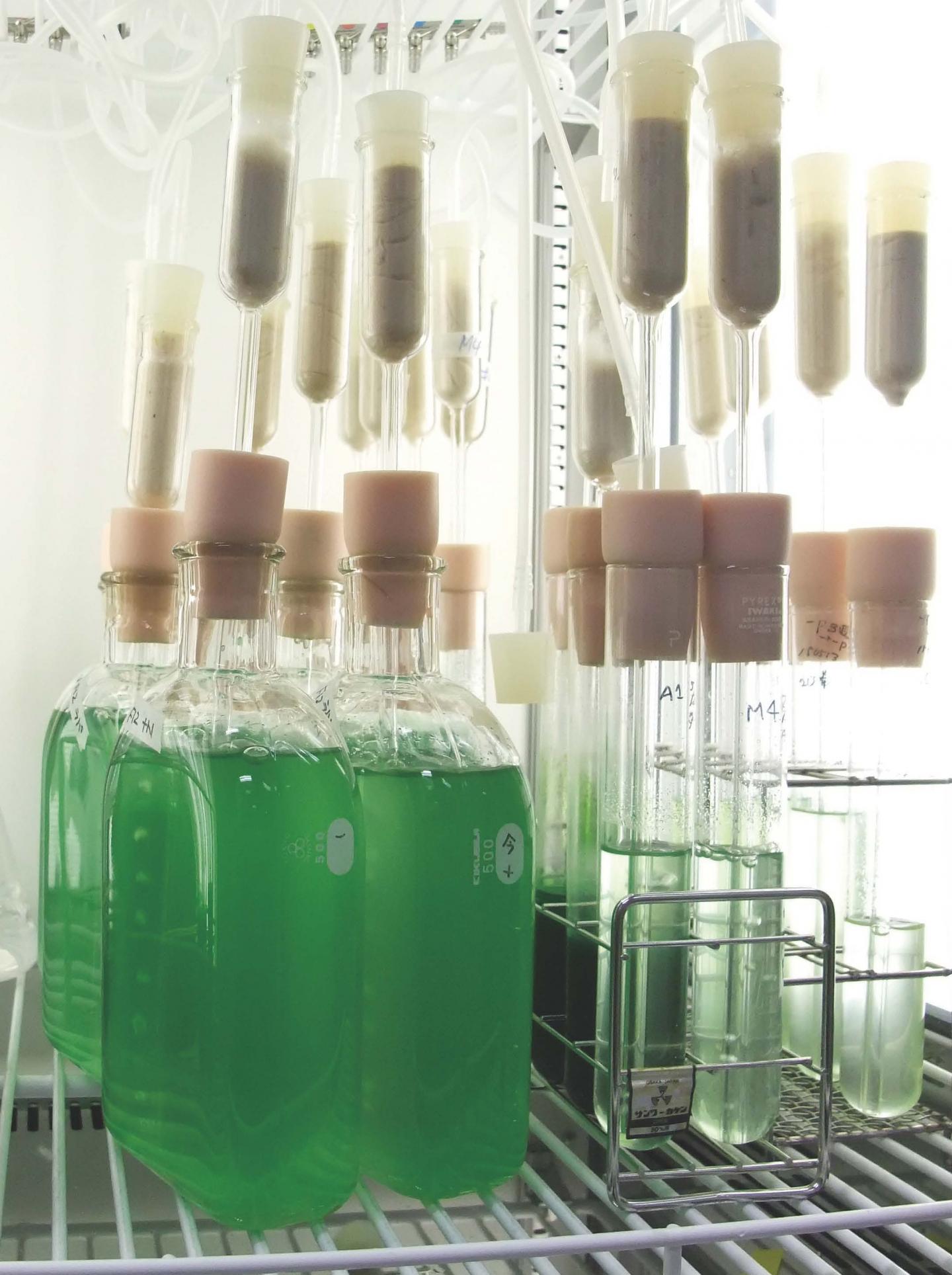 Researchers at Tokyo Institute of Technology have honed in on an enzyme belonging to the glycerol-3-phosphate acyltransferase (GPAT) family as a promising target for increasing biofuel production from the red alga Cyanidioschyzon merolae.

Algae are known to store up large amounts of oils called triacylglycerols (TAGs) under adverse conditions such as nitrogen deprivation. Understanding precisely how they do so is of key interest to the biotechnology sector, as TAGs can be converted to biodiesel. To this end, scientists are investigating the unicellular red alga C. merolae as a model organism for exploring how to improve TAG production.

A study led by Sousuke Imamura at the Laboratory for Chemistry and Life Science, Institute of Innovative Research, Tokyo Institute of Technology (Tokyo Tech), has now shown that an enzyme called GPAT1 plays an important role in TAG accumulation in C. merolae even under normal growth conditions — that is, without the need to induce stress.

Remarkably, the team demonstrated that TAG productivity could be increased by more than 56 times in a C. merolae strain overexpressing GPAT1 compared with the control strain, without any negative effects on algal growth.

Their findings, published in Scientific Reports, follow up previous research by Imamura and others that had suggested two GPATs, GPAT1 and GPAT2, may be closely involved in TAG accumulation in C. merolae.

“Our results indicate that the reaction catalyzed by the GPAT1 is a rate-limiting step for TAG synthesis in C. merolae, and would be a potential target for improvement of TAG productivity in microalgae,” the researchers say.

The team plans to continue exploring how GPAT1 and GPAT2 might both be involved in TAG accumulation. An important next step will be to identify transcription factors that control the expression of individual genes of interest.

“If we can identify such regulators and modify their function, TAG productivity will be further improved because transcription factors affect the expression of a wide range of genes including GPAT1-related genes,” they say. “This kind of approach based on the fundamental molecular mechanism of TAG synthesis should lead to successful commercial biofuel production using microalgae.”