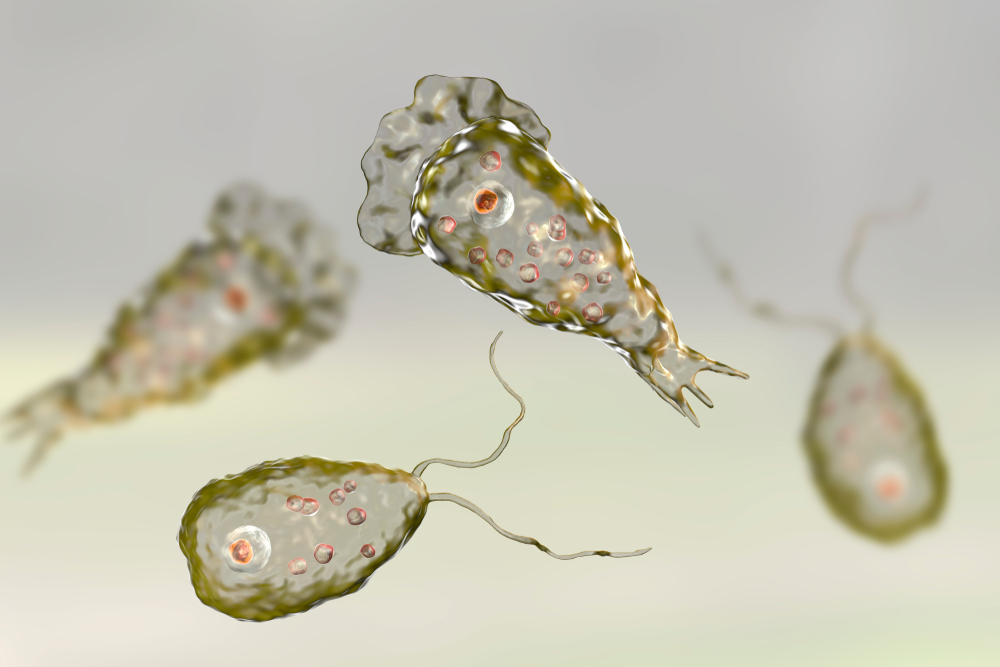 Researchers from the American Chemical Society have coated silver nanoparticles with anti-seizure drugs to eliminate Naegleria fowleri—also known as brain-eating amoeba— , while saving the nearby human cells.

The researchers focused on three anti-seizure drugs—diazepam, phenobarbitone and phenytoin—to kill the amoeba., either alone or in combination with silver nanoparticles. The U.S. Food and Drug Administration has already approved all three of the drugs, which are known to cross the blood-brain barrier.

To test this, they chemically attached each of the three drugs to silver nanoparticles and examined their ability to kill amoebae.

Each of the three drugs alone could kill N. fowleri and Acanthameoba castellanii, another species of brain-eating amoeba., which causes blindness by entering the eyes through dirty contact lenses. However, all three drugs worked better when paired with the silver nanoparticles, protecting human cells from the microbes, while increasing the survival rate compared to the untreated infected human cells.

The researchers believe that the repurposed drugs bound to silver nanoparticles might kill the amoeba. by binding to protein receptors or ion channels on the single-celled organism’s membrane.

“Drugs alone and drugs conjugated silver nanoparticles were tested for amoebicidal, cysticidal and host-cells cytotoxicity assays,” the authors write. “In vitro amoebicidal assay showed potent amoebicidal effects for Diazepam, Phenobarbitone, and Phenytoin-conjugated AgNPs as compared to drugs alone against A. castellanii and N. fowleri. Nanoparticles were synthesized by sodium borohydride reduction of silver nitrate with drugs as capping agents.”

While central nervous system (CNS) infections with brain-eating amoebae remain rare, when they do strike they are almost universally fatal. Most of the causes of this condition result from inhaling warm, dirty water from ponds, hot springs or unchlorinated swimming pools.

Treatment for these conditions include antimicrobial drugs. However, these drugs can often cause severe side effects due to the high doses needed for them to enter the brain.

“A major challenge in the treatment against the infections caused by these amoebae is the discovery of novel compounds that can effectively cross the blood-brain barrier to penetrate CNS,” the authors write. “It is logical to test clinically-approved drugs against CNS diseases for their potential antiamoebic effects since they are known for effective blood-brain barrier penetration and effect eukaryotic cell targets.”

The study was published in ACS Chemical Neuroscience.