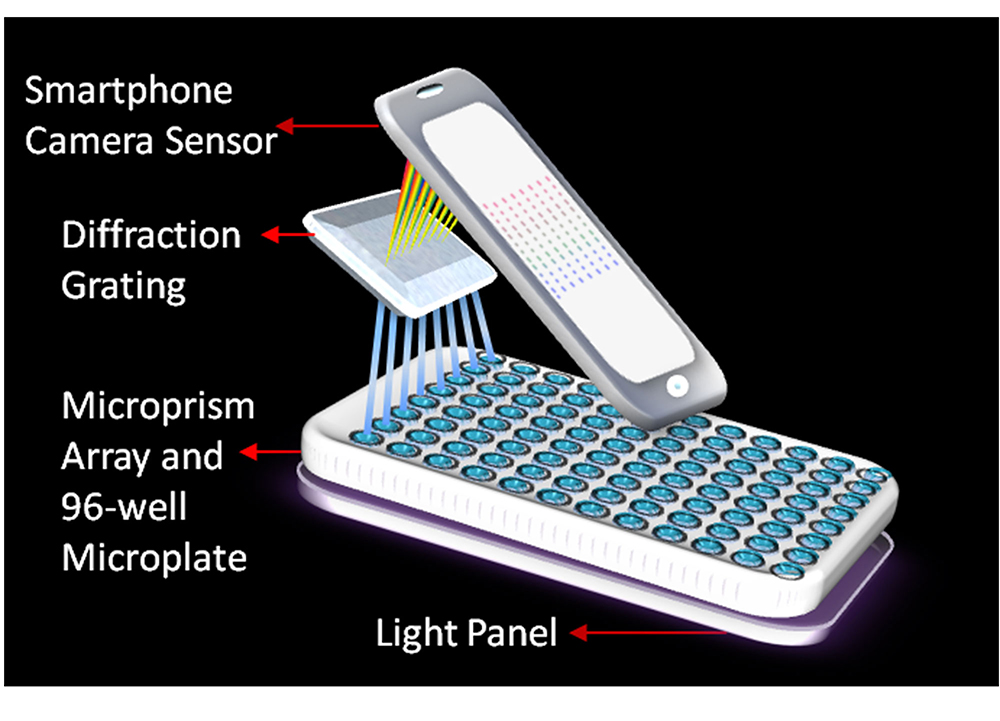 Cancer screenings can be a nerve-racking, laborious process. Patients undergo these procedures in order to catch the signs of cancer before it starts to spread since that makes the treatment process easier.

However, these measures can sometimes lead to health problems like bleeding or produce false-positive or false-negative results complicating a diagnosis, according to the National Cancer Institute.

Washington State University researchers have developed a new prototype that could alleviate some of these issues.

The device is an eight-channel smartphone spectrometer that can identify human interleukin-6, a biomarker found in prostate, liver, and other cancers, per the university’s announcement.

Typical smartphone spectrometers can only monitor and measure one sample, but this invention can simultaneously analyze eight different samples. It uses a colorimetric test enzyme-linked immunosorbent assay to search for this marker.

The team used traditional lab-controlled samples, which produced results that were 99 percent accurate.

“The spectrometer would be especially useful in clinics and hospitals that have a large number of samples without on-site labs, or for doctors who practice abroad or in remote areas,” said lead researcher Lei Li, Ph.D., assistant professor at WSU’s School of Mechanical and Materials Engineering, in a statement referring to potential field application for this portable laboratory. “They can’t carry a whole lab with them. They need a portable and efficient device,” he continued.

Lei filed a provisional patent for this project, although he acknowledged there was more work that needed to be performed. The team is testing this device in real-world situations and will upgrade the prototypes design in order for it to work with other phones besides an iPhone 5.

The study featuring this research was published in the journal Biosensors and Bioelectronics.