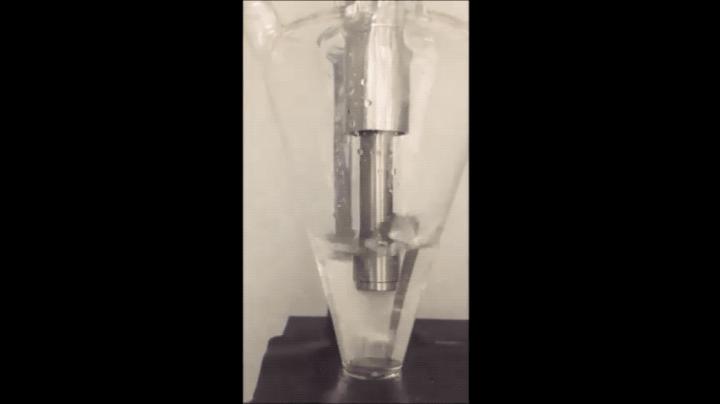 Scientists have devised a way to stabilize and improve how sodium can be used in batteries, in an effort to replace lithium, which is rapidly becoming scarce.

Researchers from Purdue University have developed a sodium powder for a sodium-ion battery that could allow manufacturers to replace the use of lithium, the majority of which are mined in the mountains of South America.

“Adding fabricated sodium powder during electrode processing requires only slight modifications to the battery production process,” Vilas Pol, a Purdue associate professor of chemical engineering, said in a statement. “This is one potential way to progress sodium-ion battery technology to the industry.”

In recent years, scientists have worked to try and make sodium-ion batteries as functional as lithium-ion batteries. While cheap and abundant, sodium has a tendency to explode when exposed to water, even just water in the air. Sodium-ions also tend to get lost during the first few times a battery charges and discharges.

However, sodium-ion batteries could be particularly useful in large solar and wind power facilities at a lower cost because they can store energy.

However, sodium ions tend to stick to the hard carbon anode during the initial charging cycles and do not travel over to the cathode end. The ions build up into a structure called a solid electrolyte interface.

“Normally the solid electrolyte interface is good because it protects carbon particles from a battery’s acidic electrolyte, where electricity is conducted,” Pol said. “But too much of the interface consumes the sodium ions that we need for charging the battery.”

A sodium powder could provide the necessary amount of sodium for the solid electrolyte interface to protect the carbon, while not building up in a manner that consumes the sodium ions.

By making the sodium powder in a glovebox filled with argon gas, the researchers minimized the sodium’s exposure to the moisture that would make it explode.

They then used an ultrasound to melt the sodium chunks into a milky purple liquid that is then cooled into a powder and suspended in a hexane solution to evenly disperse the powder particles.

Only a few drops of the sodium suspension onto the anode or cathode electrodes is needed during fabrication to allow the sodium-ion battery cell to charge and discharge with more stability and at a higher capacity.

The study was published in the Journal of Power Sources.