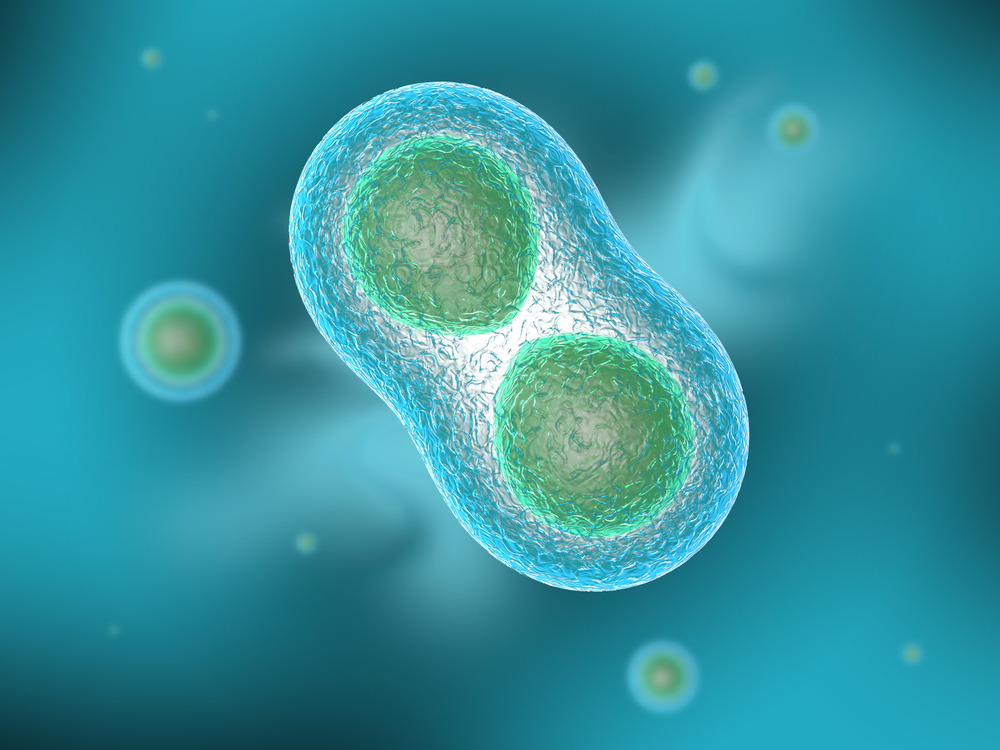 Biologists who study the mechanics of cell division have for years disagreed about how much force is at work when the cell’s molecular engines are lining chromosomes up in the cell, preparing to winch copies to opposite poles across a bridge-like structure called the kinetochore to form two new cells. The question is fundamental to understanding how cells divide says cell biologist Thomas Maresca at the University of Massachusetts Amherst.

As he says, “We know we can’t fully understand the kinetochore structure until we understand the tension forces and their strength, but the estimates have been all over the map. They differ by orders of magnitude, hundreds of times, and some are off by a thousand-fold. But now, I think we’ve finally got the answer.”

Proper segregation of chromosomes is a fundamental, essential step in accurate cell division, the biologist notes. Chromosome mis-segregation leads to aneuploidy, which is the leading cause of miscarriages and chromosomal abnormalities and is also linked to cancer.

Using two different force sensors to measure opposing forces inside dividing Drosophila cells, Maresca and colleagues at UMass Amherst have proposed that kinetochore fibers exert hundreds of piconewtons of poleward-directed force on kinetochores, settling the matter of how much force is brought to bear. Details appear in the current issue of Nature Communications.

In experiments over three years that yielded more than 3,200 data points, Maresca says, “The nature of the experiments required that many, many individual kinetochores be visualized under the microscope and meticulously analyzed. The data were consistent with the force being very high. In the nano-scale world of molecular motors, the forces we measured are very large. Within cells there are a lot of different types of motors, many are like sprinters, but what we have measured is more like a bulldozer producing high force at a slow but steady rate. I hope our results help to resolve this long-standing question.”

He points out that in normal cell division, chromosomes line up near the center of the cell, where a structure called the spindle aligns two copies of each chromosome and helps to separate them. All this requires a bridge-like protein structure called the kinetochore that maintains the proper force or tension, like bridge cables stabilizing the chromosomes as they interact with spindle filaments called microtubules. When the cell is ready to divide, molecular engines pull the chromosome copies apart. The microtubules also take an active role in the process, pulling away like a banana peel as division progresses.

“Knowing how much force the microtubules and spindle exert on the kinetochore is very important because it’s like a bridge,” Maresca says. “If you don’t know what the force needed for bridge support is, you are missing a fundamental piece of the story. You wouldn’t want to drive over a bridge with so much uncertainty about the forces acting on it. To not have this force question nailed down represented a major gap in our basic understanding of cell biology especially since kinetochores are arguably the most important force transducing structures in the cell; they’re like the Golden Gate or Brooklyn Bridges of the cellular world.”

For this work, he and graduate students Anna Ye and Stuart Cane used two different force sensors inserted into the kinetochores. They imaged cells on powerful microscopes that detect the light emitted from fluorescent molecules in each sensor. One sensor was designed to exhibit reduced fluorescence when force was applied to it while the other became brighter under tension. Since both sensors were previously calibrated, the measured changes in fluorescence corresponded to the application of a certain amount of force. The two reporter methods agreed, allowing the researchers to reach a stronger conclusion about the amount of force being applied to the kinetochores.

“Motors that move along microtubule tracks like cars on a highway do a lot of work in cells. But our data has led us to believe that it is actually the microtubule tracks themselves that are most capable of producing the amount of force we measured,” Maresca says. “It’s strong but not fast, and we think it’s the roads, not the motors, that are exerting most of the force.”

For this work, some data were gathered in the Light Microscopy Core and Nikon Center of Excellence at UMass Amherst’s Institute for Applied Life Sciences, with support from the Massachusetts Life Sciences Center. Funding came from UMass Amherst, the March of Dimes Foundation, the Charles H. Hood Foundation and the NIH National Institute of General Medical Sciences.