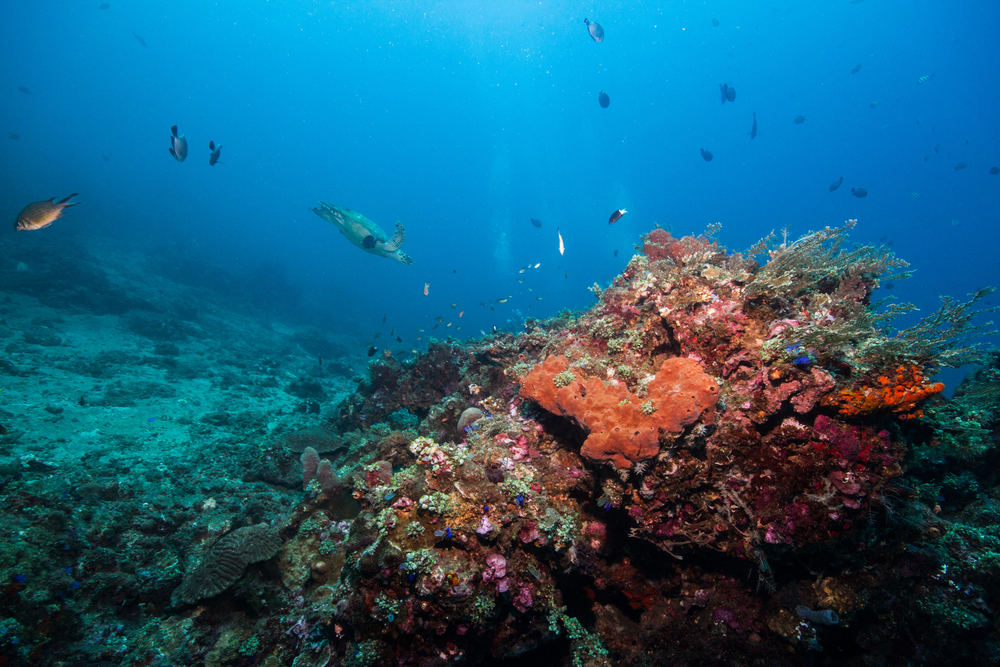 An analysis of fossilized parrotfish teeth and sea urchin spines by researchers at Scripps Institution of Oceanography at the University of California San Diego showed that when there are more algae-eating fish on a reef, it grows faster.

In the new study, published in the Jan. 23 issue of the journal Nature Communications, Scripps researchers Katie Cramer and Richard Norris developed a 3,000-year record of the abundance of parrotfish and urchins on reefs from the Caribbean side of Panama to help unravel the cause of the alarming modern-day shift from coral- to algae-dominated reefs occurring across the Caribbean.

“Our reconstruction of past and present reefs from fossils demonstrates that when overfishing wipes out parrotfish, reef health declines,” said Cramer, a postdoctoral researcher at Scripps and lead author of the study.

Algae-eating parrotfish, like other herbivorous reef fish, play an important role in coral reef ecosystems by removing the algae that compete with corals. According to the study, the decline in herbivorous fish such as parrotfish over the last several decades from fishing is considered a main factor in the shift to more algae-dominated reefs in the Caribbean.

The Scripps researchers examined the amount and composition of fish, coral, and urchin fossils in 3 to 5-meter (10 to 33-feet) long sediment cores from three reef sites offshore of Bocas del Toro, Panama to understand the natural state of the reefs before humans began intensive fishing and land clearing, and to assess the role of these activities in recent reef declines. The analysis was aimed at determining if coral growth rates are affected by change in the population levels of parrotfish or urchins that eat algae.

The core samples, extracted by the researchers using a portable coring system they operated underwater while scuba diving, included fossils ranging from those deposited during prehistoric times, as early as 997 BC, to those from the modern post-industrial age up to the 1980s, representing life on these reefs during a period of rapidly increasing human impacts to reef ecosystems.

Cramer and Norris then used the empirical dynamic modeling approach developed by Scripps ecologist George Sugihara and colleagues to assess cause-and-effect relationships in ecological systems. They found that coral growth is positively driven by the abundance of parrotfish on the reefs but not affected by sea urchin abundance.

“These findings reveal that parrotfish indeed have a positive and critical role in coral health, a hotly debated issue in coral reef research that cannot be resolved with studies of modern reefs which have already been greatly altered by human activities,” said Cramer. “Using the fossil record to analyze the natural state of reefs before human disturbance, we have conclusively shown that if we want to protect corals we have to protect the parrotfish from overfishing.”

“These results confirm the critical role of parrotfish in maintaining coral-dominated reef habitat and the urgent need for restoration of parrotfish populations to enable reef persistence,” said the authors.