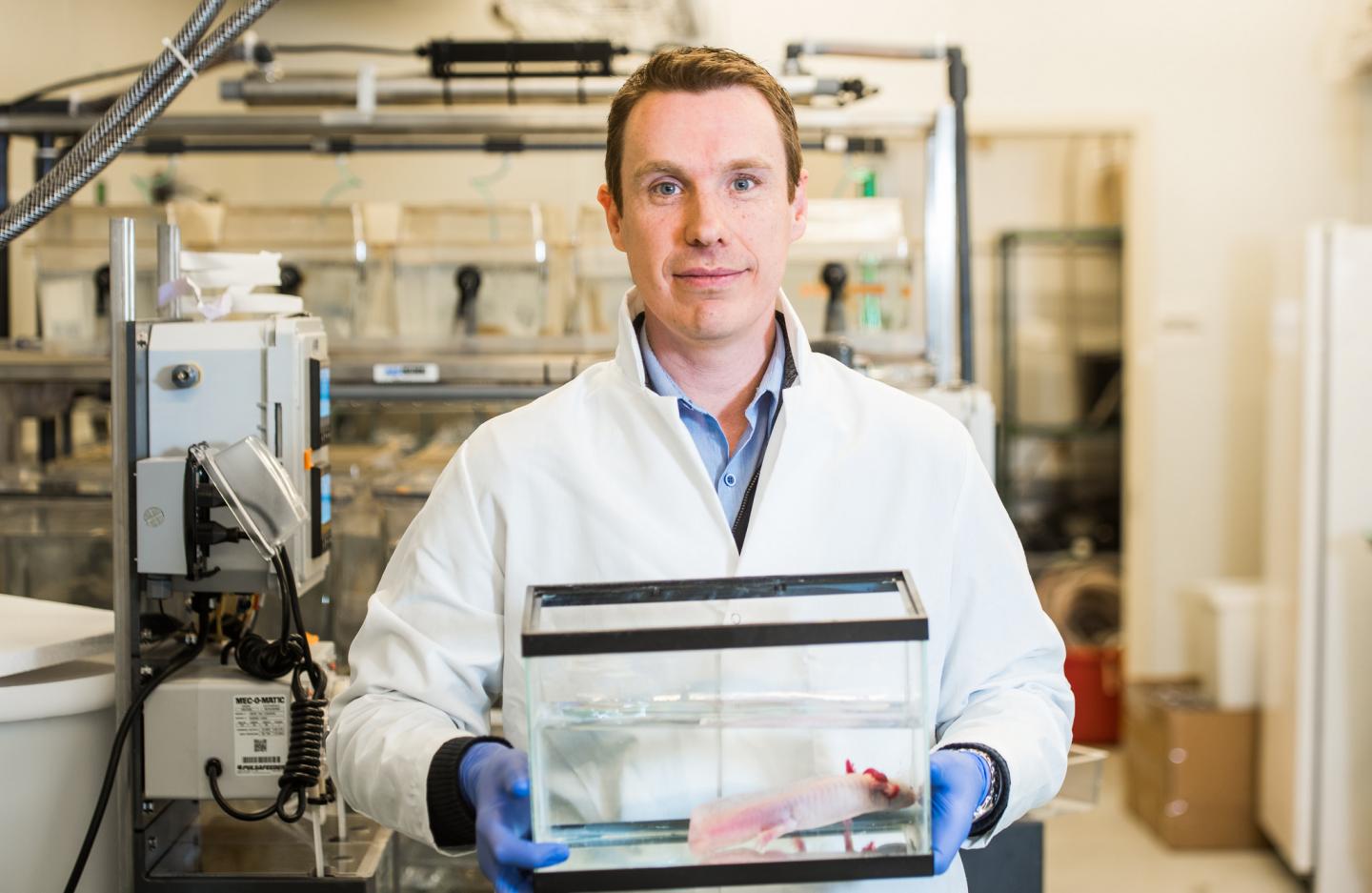 The answer to regenerative medicine’s most compelling question — why some organisms can regenerate major body parts such as hearts and limbs while others, such as humans, cannot — may lie with the body’s innate immune system, according to a new studyof heart regeneration in the axolotl, or Mexican salamander, an organism that takes the prize as nature’s champion of regeneration.

The study, which was conducted by James Godwin, Ph.D., of the MDI Biological Laboratory in Bar Harbor, Maine, found that the formation of new heart muscle tissue in the adult axolotl after an artificially induced heart attack is dependent on the presence of macrophages, a type of white blood cell. When macrophages were depleted, the salamanders formed permanent scar tissue that blocked regeneration.

The study has significant implications for human health. Since salamanders and humans have evolved from a common ancestor, it’s possible that the ability to regenerate is also built into our genetic code.

Godwin’s goal is to activate regeneration in humans through the use of drug therapies derived from macrophages that would promote scar-free healing directly, or those that would trigger the genetic programs controlling the formation of macrophages, which in turn could promote scar-free healing. His team is already looking at molecular targets for drug therapies to influence these genetic programs.

“If humans could get over the fibrosis hurdle in the same way that salamanders do, the system that blocks regeneration in humans could potentially be broken,” Godwin explained. “We don’t know yet if it’s only scarring that prevents regeneration or if other factors are involved. But if we’re really lucky, we might find that the suppression of scarring is sufficient in and of itself to unlock our endogenous ability to regenerate.”

The extraordinary incidence of disability and death from heart disease, which is the world’s biggest killer, is directly attributable to scarring. When a human experiences a heart attack, scar tissue forms at the site of the injury. While the scar limits further tissue damage in the short term, over time its stiffness interferes with the heart’s ability to pump, leading to disability and ultimately to terminal heart failure.

In addition to regenerating heart tissue following a heart attack, the ability to unlock dormant capabilities for regeneration through the suppression of scarring also has potential applications for the regeneration of tissues and organs lost to traumatic injury, surgery and other diseases, Godwin said.

“Our focus on the study of animals with amazing capabilities for regenerating lost and damaged body parts has made us a global leader in the field of regenerative medicine,” said Kevin Strange, Ph.D., MDI Biological Laboratory president. “James Godwin’s discovery of the role of macrophages in heart regeneration demonstrates the value of this approach: we won’t be able to develop rational and effective therapies to enhance regeneration in humans until we first understand regeneration works in animals like salamanders.”

Godwin, who is an immunologist, originally chose to look at the function of the immune system in regeneration because its role as the equivalent of a first responder at the site of an injury means that it is responsible for preparing the ground for tissue repairs. The recent study was a follow-up to an earlier study which found that macrophages also play a critical role in limb regeneration.

The next step is to study the function of macrophages in salamanders and compare them with their human and mouse counterparts. Ultimately, Godwin would like to understand why macrophages produced by adult mice and humans don’t suppress scarring in the same way as in axolotls and then identify molecules and pathways that could be exploited for human therapies.