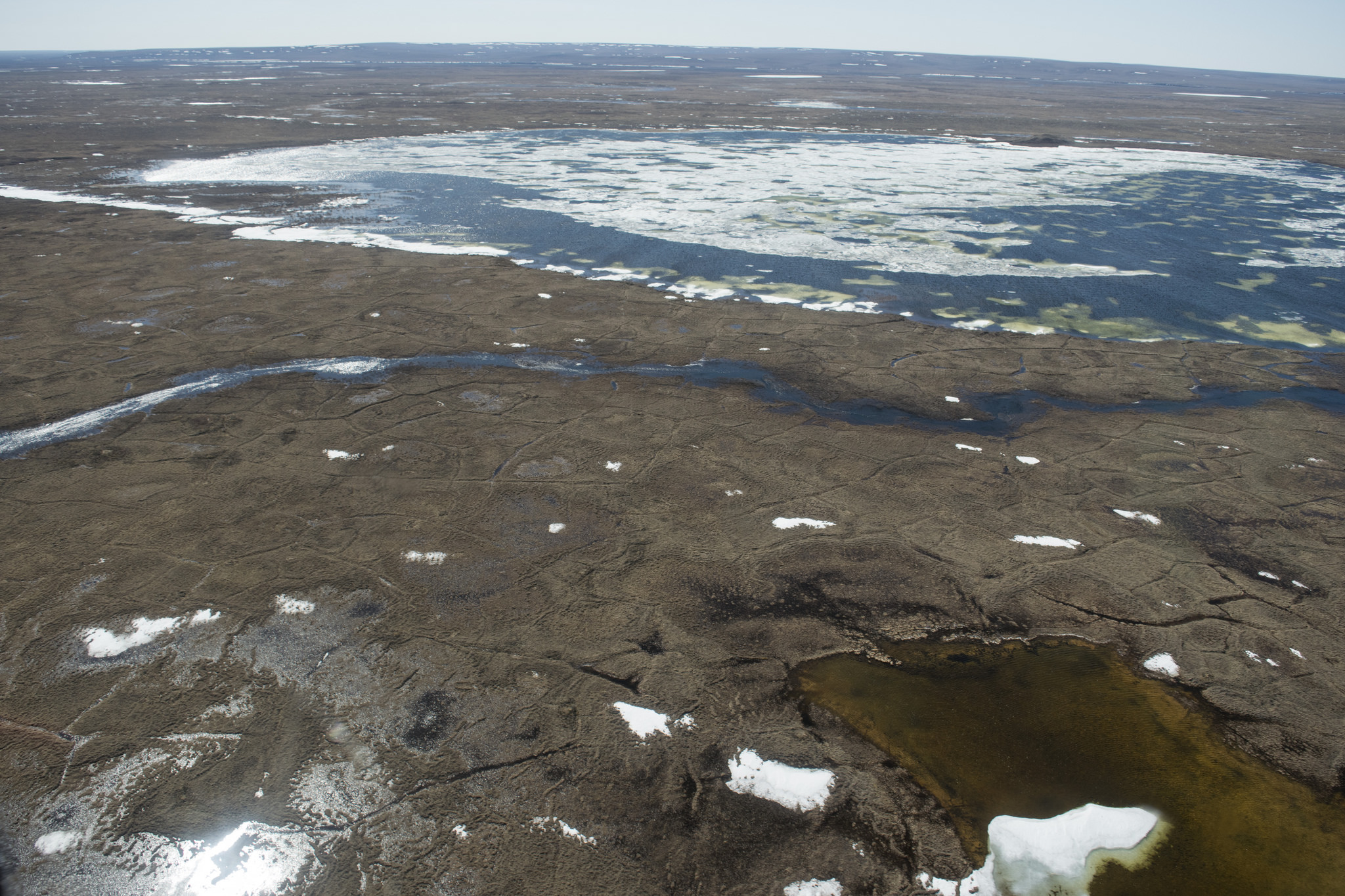 Nearly half of the organic carbon stored in soil around the world is contained in Arctic permafrost, which has experienced rapid melting, and that organic material could be converted to greenhouse gases that would exacerbate global warming.

When permafrost thaws, microbial consumption of those carbon reserves produces carbon dioxide – much of which eventually winds up in the atmosphere, but scientists have been unsure of just how the system works.

A new study published this week in Nature Communications outlines the mechanisms and points to the importance of both sunlight and the right microbial community as keys to converting permafrost carbon to CO2. The research was supported by the U.S. National Science Foundation and the Department of Energy.

“We’ve long known that microbes convert the carbon into CO2, but previous attempts to replicate the Arctic system in laboratory settings have failed,” noted Byron Crump, an Oregon State University biogeochemist and co-author on the study. “As it turns out, that is because the laboratory experiments did not include a very important element – sunlight.

“When the permafrost melts and stored carbon is released into streams and lakes in the Arctic, it gets exposed to sunlight, which enhances decay by some microbial communities, and destroys the activity for other communities. Different microbes react differently, but there are hundreds, even thousands of different microbes out there and it turns out that the microbes in soils are well-equipped to eat sunlight-exposed permafrost carbon.”

The research team from Oregon State and the University of Michigan was able to identify compounds that the microbes prefer using high-resolution chemistry and genetic approaches. They found that sunlight makes permafrost soils tastier for microbes because it converts it to the same kinds of carbon they already like to eat – the carbon they are adapted to metabolize.

“The carbon we’re talking about moves from the soil into rivers and lakes, where it is completely exposed to sunlight,” Crump said. “There are no trees and no shade, and in the summer, there are 24 hours a day of sunlight. That makes sunlight potentially more important in converting carbon into CO2 in the Arctic than in a tropical forest, for example.”

As the climate continues to warm, there are interesting ramifications for the Arctic, said Crump, who is a faculty member in OSU’s College of Earth, Ocean, and Atmospheric Sciences.

“The long-term forecast for the Arctic tundra ecosystem is for the warming to lead to shrubs and bigger plants replacing the tundra, which will provide shade from the sunlight,” Crump said. “That is considered a negative feedback. But there also is a positive feedback, in that seasons are projected to expand. Spring will arrive earlier, and fall will be later, and more water and carbon will enter lakes and streams with more rapid degradation of carbon.

“Which feedback will be stronger? No one can say for sure.”

The stakes are high, Crump said. There is more carbon stored in the frozen permafrost than in the atmosphere. It has accumulated over millions of years by plants growing and dying, with a very slow decaying process because of the freezing weather.

“Some of the organic matter is less tasty to microbes than others,” Crump said, “but bacterial communities are diverse, so there will be something out there that wants that energy and will use it.”