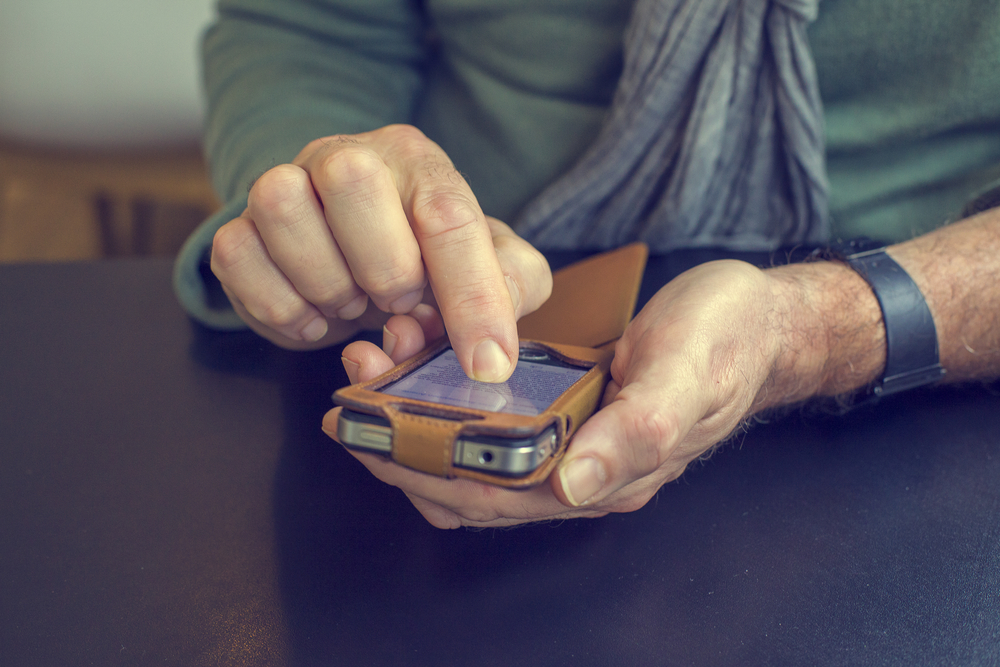 Caption: Researchers from Michigan State University may have developed a method to harvest energy for electronic devices that relies on human motion.

The next time someone is buried in their phones at a meeting or out to dinner they may just be charging their phones.

Researchers from Michigan State University have created a new way to harvest energy from human motion, using a film-like device being called a biocompatible ferroelectret nanogenerator (FENG), which can be folded to create more power.

The engineers successfully operated an LCD touch screen, a bank of 20 LED lights and a flexible keyboard without the aid of a battery with a simple touching or pressing motion.

“We’re on the path toward wearable devices powered by human motion,” Nelson Sepulveda, associate professor of electrical and computer engineering and lead investigator of the project, said in a statement. “What I foresee, relatively soon, is the capability of not having to charge your cell phone for an entire week, for example, because that energy will be produced by your movement.”

The devices are lightweight, flexible, biocompatible, scalable, low-cost and robust, which could make FENG an alternative method in the field of mechanical-energy harvesting for many autonomous electronics, including wireless headsets, cells phones and other touch-screen devices.

The process starts with a silicon wafer, which is fabricated with several layers or this sheets of environmentally friendly substances, including silver, polyimide and polypropylene ferroelectret.

The engineers then added ions so each layer in the device contains charged particles and creates electrical energy when the device is compressed by human motion or mechanical energy.

The completed device is as thin as a sheet of paper and can be adapted to many applications and sizes. When the engineers powered the LED lights they used a palm-sized FENG device, while the device used to power the touch screen was as small as a finger. They also become more powerful when they are folded.

“Each time you fold it you are increasing exponentially the amount of voltage you are creating,” Sepulveda said. “You can start with a large device, but when you fold it once, and again, and again, it’s now much smaller and has more energy.

“Now it may be small enough to put in a specially made heel of your shoe so it creates power each time your heel strikes the ground,” he added.

Sepulveda and his team are building on this research and attempting to develop technology that would transmit the power generated from the heel strike to a device like a wireless headset.

The study, which was published in Nano Energy, can be viewed here.