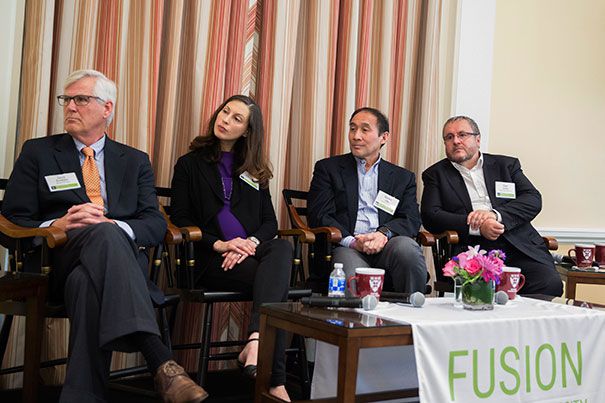 When Lawrence Summers delivered his last commencement address as Harvard’s president 10 years ago, he spoke of the rosy future for stem cell science and regenerative medicine.

The advancing technology, he said then, promised a cure for cancer, another for diabetes, a vaccine for Alzheimer’s disease, and ways to control AIDS, any one of which would have enormous impact around the world. Today, he believes he was too pessimistic.

“Ten years later, I think, if anything, I underestimated the scientific potential,” said Summers, Harvard’s Charles W. Eliot University Professor, on Oct. 6. “I did not appreciate what subsequent research has demonstrated [as] stem cells’ capacity to address sickle cell anemia, to grow new heart cells and repair aging hearts, to replace tendons and ligaments, to address blood cancers … and to address certain forms of blindness that have been cured by stem cell transplants.”

Today, Summers said, the field of regenerative medicine is poised to break out, generating treatments and cures for a host of ailments and becoming the foundation for a new branch of biomedical industry. With the research and development at Harvard and other universities, hospitals, and private companies in the region, Boston is poised to be a global center for that industry.

But it’s not guaranteed, Summers said. The region — including local, state, and federal governments — has to ensure the opportunity doesn’t slip through its grasp. He called for investments in infrastructure, increased federal research spending, and new collaborations between institutions and businesses.

“It cannot make sense for, year after year, there to be more and more opportunity, more and more discovery, and less and less support for federal research, and that needs to be a priority,” Summers said. “No one succeeds alone. Newton said that if he’s seen further than others, it’s because he had stood on the shoulders of giants. And few of us are Newton.”

Summers’ comments were delivered at Harvard Business School’s Spangler Center during the first FUSION Symposium, sponsored by the Harvard Office of Technology Development’s Blavatnik Biomedical Accelerator and Harvard Business School’s Blavatnik Fellowship in Life Science Entrepreneurship. The symposium brought together leaders from the scientific and business worlds to discuss both scientific progress in regenerative medicine and the critical process of getting scientific advances out of the lab and into patients’ hospital rooms.

Optimism about the science abounded at the event. Professor of Stem Cell and Regenerative Biology Mark Fishman said he believed regenerative medicine will prove to be the third big wave of transformative medicine, alongside control of infectious disease in the last century and today’s promising work to fight cancer.

Research is taking two broad approaches, said Fishman, who stepped down last year after 13 years leading Novartis’ research effort. One is a “spare parts” approach, focused on developing cells, tissues and organs to replace those diseased or damaged in the body. The other focuses on mobilizing the body’s own regenerative capacity — the enhanced ability to replace and repair our own tissues that exists early in human development and in adult creatures such as zebrafish and salamanders.

“Regenerative medicine has to be the next great frontier,” said Fishman, who moderated a panel highlighting progress to fight blindness, heart failure, blood diseases, amyotrophic lateral sclerosis, and musculoskeletal injury. The aging of the global population, Fishman said, increases the urgency of finding treatments to keep people healthy longer. “We have no choice, we have to make this work.”

Business leaders at the event shared scientists’ enthusiasm about the technology’s promise, but indicated that the path toward commercializing its fruits is less clear. Treatments for a wide array of conditions and diseases are just starting to emerge from the lab, each with different strengths, weaknesses, and probability of commercial success. Even for those thought to be safe and effective, there often remains considerable scientific work to drive down costs and scale up production so they can be broadly distributed at an affordable price.

“There’s no question … this science can work,” said Vicki Sato, professor of management practice at Harvard Business School and former president of Vertex Pharmaceuticals, who moderated a panel of business leaders. “As businesspeople, we have the obligation and responsibility to try to bring the science … to the marketplace.”

Alexis Borisy, a biotech entrepreneur with Third Rock Ventures, said the problem today is that it’s so early there’s a lot of “noise” — early development and initial activity that is obscuring likely winners and losers. The best bet for investors, he said, is ignoring promising results whose scientific foundation is poorly understood and zeroing in on treatments and technology built on a solid scientific understanding.