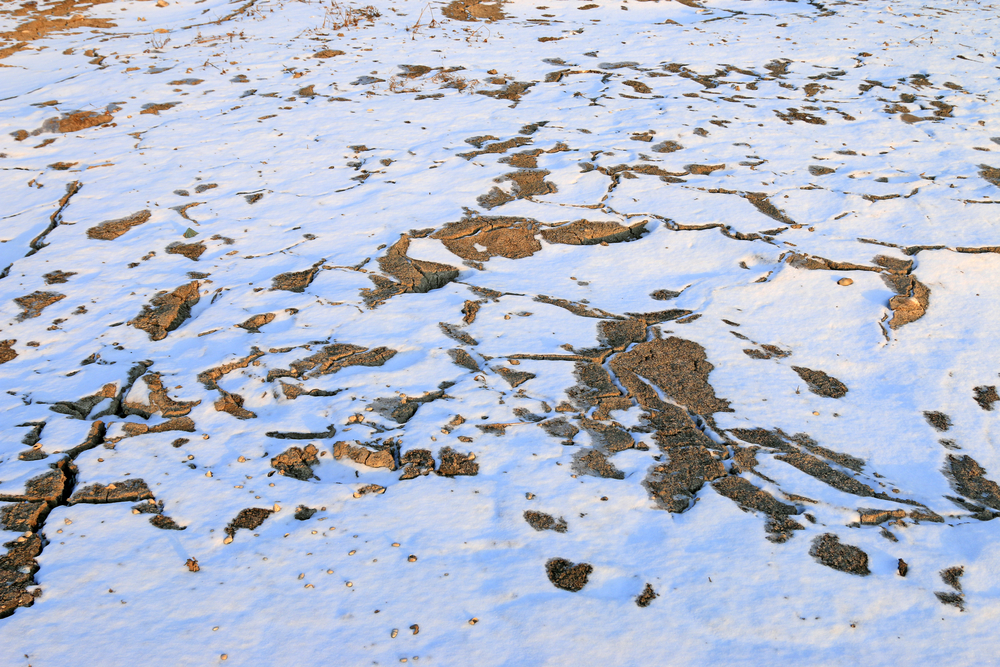 Global warming is leaving more and more apparent scars in the world’s permafrost regions. As the new global comparative study conducted by the international permafrost network GTN-P shows, in all regions with permafrost soils the temperature of the frozen ground at a depth of more than 10 metres rose by an average of 0.3 degrees Celsius between 2007 and 2016 – in the Arctic and Antarctic, as well as the high mountain ranges of Europe and Central Asia. The effect was most pronounced in Siberia, where the temperature of the frozen soil rose by nearly 1 degree Celsius. The pioneering study has just been released in the online journal Nature Communications.

Roughly one sixth of the land areas on our planet are considered to be permafrost regions, which means the soils there have remained permanently frozen for at least two consecutive years. In most of these regions, however, the cold penetrated the ground millennia ago; as a result, in the most extreme cases, the permafrost continues to a depth of 1.6 kilometres. Especially in the Arctic, people rely on the permafrost soil as a stable foundation for houses, roads, pipelines and airports. Yet in the wake of global warming, the integrity of these structures is increasingly jeopardised, creating enormous costs. In addition, permafrost soils contain massive quantities of preserved plant and animal matter. If this organic material thaws along with the permafrost, microorganisms will begin breaking it down – a process that could produce enough carbon dioxide and methane emissions to potentially raise the global mean temperature by an additional 0.13 to 0.27 degrees Celsius by the year 2100.

A new comparative study released by the GTN-P (Global Terrestrial Network for Permafrost) shows for the first time the extent to which permafrost soils around the world have already warmed. For the purposes of the study, the participating researchers monitored and analysed the soil temperature in boreholes in the Arctic, Antarctic and various high mountain ranges around the world for ten years. The data was gathered at depths greater than 10 metres, so as to rule out the influence of seasonal temperature variations.

The complete dataset encompasses 154 boreholes, 123 of which allow conclusions to be drawn for an entire decade, while the remainder can be used to refine calculations on annual deviation. The results show that, in the ten years from 2007 to 2016, the temperature of the permafrost soil rose at 71 of the 123 measuring sites; in five of the boreholes, the permafrost was already thawing. In contrast, the soil temperature sank at 12 boreholes, e.g. at individual sites in eastern Canada, southern Eurasia and on the Antarctic Peninsula; at 40 boreholes, the temperature remained virtually unchanged.

In individual cases, temperature spiked up to 1 degree Celsius

The researchers observed the most dramatic warming in the Arctic: “There, in regions with more than 90 percent permafrost content, the soil temperature rose by an average of 0.30 degrees Celsius within ten years,” reports first author Dr Boris Biskaborn, a member of the research group Polar Terrestrial Environmental Systems at the Potsdam facilities of the Alfred Wegener Institute, Helmholtz Centre for Polar and Marine Research. In northeast and northwest Siberia, the temperature increase at some boreholes was 0.90 degrees Celsius or even higher. For the sake of comparison: the air temperature in the respective regions rose by an average of 0.61 degrees Celsius in the same period.

Farther south, in Arctic regions with less than 90 percent permafrost, the frozen ground only warmed by 0.2 degrees Celsius on average. “In these regions there is more and more snowfall, which insulates the permafrost in two ways, following the igloo principle: in winter the snow protects the soil from extreme cold, which on average produces a warming effect. In spring it reflects the sunlight, and prevents the soil from being exposed to too much warmth, at least until the snow has completely melted away,” Biskaborn explains.

Significant warming can also be seen in the permafrost regions of the high mountain ranges, and in the Antarctic. The temperature of the permanently frozen soils in the Alps, in the Himalayas and in the mountain ranges of the Nordic countries rose by an average of 0.19 degrees Celsius. In the shallow boreholes in the Antarctic, the researchers measured a rise of 0.37 degrees.

“All this data tells us that the permafrost isn’t simply warming on a local and regional scale, but worldwide and at virtually the same pace as climate warming, which is producing a substantial warming of the air and increased snow thickness, especially in the Arctic. These two factors in turn produce a warming of the once permanently frozen ground,” says Prof. Guido Grosse, Head of the Permafrost Research Section at the Alfred Wegener Institute in Potsdam.

These revealing insights are the reward for a decade-long international collaboration that involved experts from 26 countries. The majority of the boreholes used in the study were drilled and equipped with measuring equipment during the International Polar Year 2007/08, and offered a first “snapshot” of the permafrost temperatures. Since then, more than 50 different research groups have performed regular maintenance on the measuring stations, and recorded their readings on an annual basis. In the virtual network GTN-P, the findings were subsequently collated and standardised, ensuring their intercomparability.

According to Prof. Hanne H. Christiansen, co-author of the study and President of the International Permafrost Association (IPA), “Monitoring global permafrost temperatures and gathering the data in the freely accessible GTN-P database is tremendously important – and not just for researchers, educators and communicators, but for various other users.”

“The permafrost temperature is one of the most universally accepted climate variables. It offers a direct insight into how the frozen ground is reacting to climate change,” the researcher explains. This information is above all essential in those permafrost regions where the soil has already grown warmer or begun thawing, producing major damage when the ground buckles, destabilising roads and buildings. Accordingly, the researchers plan to continue monitoring the boreholes.

Unlike weather observations, there is still no single international institution that, following in the footsteps of the World Meteorological Organization (WMO), successfully bundles national interests. Such an institution would be an essential asset in terms of coordinating these important scientific measurements, and to ensure the monitoring sites continue to be used in the future.

To date, the permafrost boreholes and the temperature sensors installed in them have been kept up and running by individual research groups in the context of various small-scale projects. The Global Terrestrial Network for Permafrost (GTN-P) offers a web-based data management system (gtnpdatabase.org), which was jointly developed by the Alfred Wegener Institute and the Iceland-based Arctic Portal, and was made possible by the financial support of the European Union.