These are exciting times for product developers in many industries, not just for all the new technologies and capabilities being incorporating into new products and product lines these days, but also for the management science around the practices and processes used from creation through launch.

There is a long time lag from the initial concept, through funding and development, then waiting for several years of sales and profits to analyze the results.  Four to a dozen years pass, depending on your product life cycle.  Until big data and analytics first achieved critical mass a decade ago, it was hard to find good data sets to analyze. Moore’s Law doubling rates these past ten years, coupled with ever-improving analytics and early AI capabilities, has really improved what can be researched. As well, these data are available to a much wider global audience of business researchers. We are entering a period where management science in research and development stands to blossom. Still far from a comprehensive understanding of the impacts of most decisions and techniques, multiple studies in related areas are beginning to emerge for many important R and D topics.

The impact of innovation announcements and awards on the stock price of public companies is an emerging area of study. The specifics around announcements can be quantified as can movements in stock prices.  There are algorithms to adjust out the noise in measuring announcements and stock prices.  Emerging science shows that the best increases are achieved by communicating your intent to develop a product to the marketplace in advance, and then achieving a product that is recognized in awards competitions.  We’re going to take a look at two studies, one that focused on announcements and the other that focused on awards.  As of yet, a study beginning with product announcements and then winning awards with those products has not been done. But there is an interesting study for each topic and you’ll likely draw the conclusion that the two might go together nicely on a regular basis to increase market capitalization.

The first study has been employed by leading practitioners for a number of years now (Sood & Tellis, PDMA Visions, October 2009) It is also a great example of a classic early study that explored a wide area to get at the general lay of the land. It explored the market impact of public product announcements beginning with product concepts through products in their early commercialization stage. Could the effects of announcements be seen in stock price movements and market cap? Many marque products are “announced” multiple times in many different ways by companies. How did the markets and stock price react to announcements during the various stages of development and launch? Which announcements generated the biggest market effect?

The Value of Product Announcements

As it turns out, markets react positively to announcements of innovations throughout development and early commercialization. There is an industry saying that there is no such thing as bad advertising.  Well, there is evidently no such thing as a bad announcement, unless you over-promise or exaggerate.  You had better deliver what you promise. As well, don’t try to game the system. Markets can sense frequent blatant promotional announcements versus true product announcements. Surprisingly, which is not really intuitive given the primary industry practice of announcing and making a splash on products when they launch, the announcements that generate the largest market value are those during development describing the product that will be achieved in a few months or years time.

This subject is ripe for further study and exploration.  There are different market responses for different industries.  When each industry is able to determine the value of its market response to announcements, and the pipeline position, content, and method of distribution of the announcement is correlated with the response, marketing and advertising organizations will be able to develop specific announcement programs that will have the maximum effect on brand value.

A Bit of Management Science for Announcements & Awards

In addition to announcements, the study just discussed also measured the impact of awards.  We’re just going to skim the surface on the management science for the area of awards.  There are dozens of award programs in the United States each year, and even more in the EU and Asia.  Both studies discussed here were done on public companies listed on United States exchanges.

Sood & Tellis did not differentiate on the market effects between the various categories of industry awards.  Without distinguishing between categories, it turns out that announcements after a product is recognized by a “known industry award” had an even greater effect on market capitalization than did announcements during development.  Winning an award had the largest positive effect.

As the management science on the value of announcements and awards progresses, more studies will occur in the years ahead. Early adopters will garner the ability to better gauge the content and timing of pipeline-related announcements, and have specific strategies and budgets for awards programs. 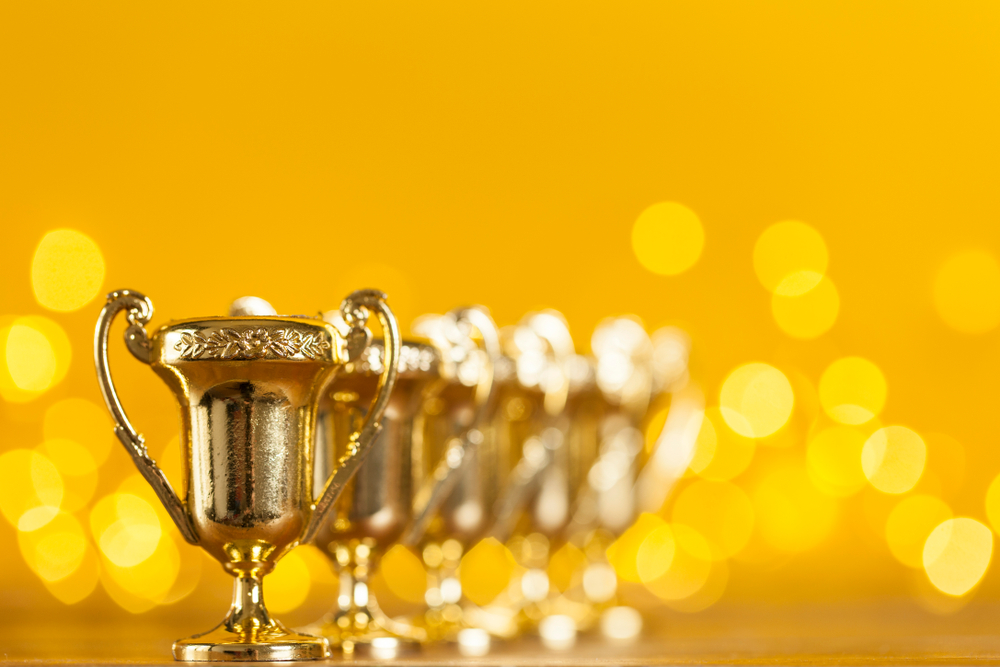 The second study looked at stock returns of 264 announcements of awards for design attractiveness of commercialized products from 1998 through 2011 (S+B, PwC, Spring 2017) citing journal published research (Xia, POM, June 2016) and experience. Without having to address the breadth of announcements from concept through awards, the second could more deeply explore the actual market reaction to award-winning designs for a fairly specific group of design attractiveness awards. Events move stock markets around daily and there is a lot of noise that has to be taken out of the data.  Its focus was to look at the effect on the stock price for a two-day period after an award-winning announcement. This doesn’t imply any permanency to either market cap increases or decreases, but it does begin to set the stage for companies to explore a coordinated operational (announcement and) program to be recognized by awards for marque products.

The Value of Product Awards

You may have anticipated that this second study also found that there was a positive relationship between awards and stock price increases. Regardless of company size, market impact was tangible. Not surprisingly, the market impact was larger for small and mid-size companies. As well, awards for consumer-style designs had greater market increases than did industrial products. Consumer product design decisions are anticipated to be influenced by this significantly correlating finding.

After clearing known noise from the findings, and looking at all results across industrial and consumer, it turns out that stock price increases following an announcement of being recognized with a design award ranged from .95 percent to 1.02 percent. In simple language, a 1 percent rise in company stock price was achieved by announcing a design award on a single product. When you can measure a product’s success at a corporate level, you can be sure it definitely is big for your program’s return-on-investment.

These two studies together make a compelling case that performance-to-promise, and/or winning an award, will have a positive effect on market cap if they are done in a coordinated way and not overdone. As the management science evolves, companies will more carefully and specifically manage product announcements during development, focus on specifically delivering or overdelivering on what they promised, and purposely compete in awards competitions.

As more companies do it, and it all comes to rest in big data repositories that are increasingly available to corporate researchers, who increasingly realize they can improve market capitalization by knowing how to optimize investments in announcements and awards, the management science will evolve and refine as it does for science and technology.

Bradford L. Goldense is founder and president of Goldense Group Inc. (GGI; www.goldensegroupinc.com), a consulting, market research, and education firm focused on business and technology management strategies and practices for product creation, development, and commercialization. Brad has authored several articles on R&D Management for ABM, and talks on “R&D Spending: Art or Science?” at the 2018 R&D 100 Conference