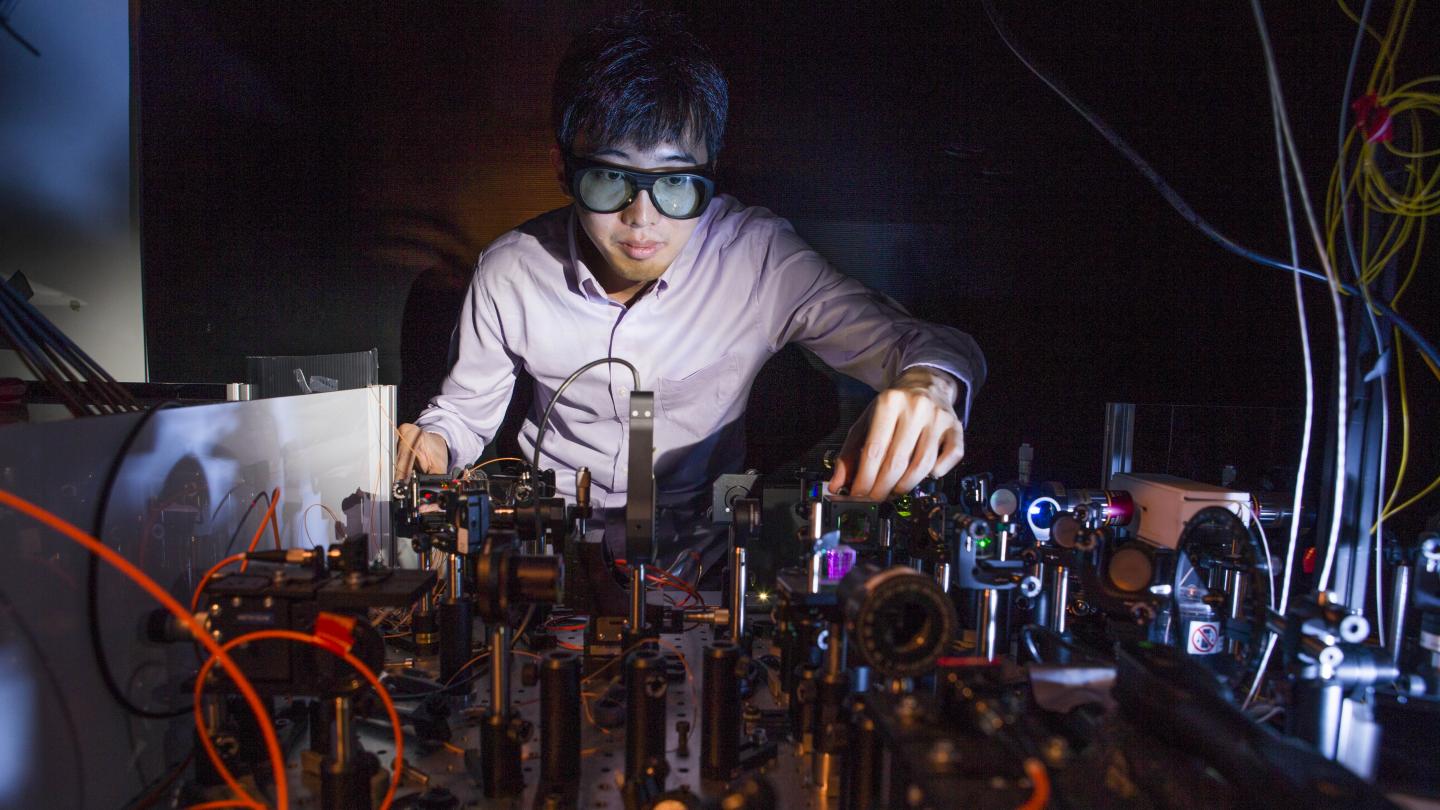 Kai Wang in the lab.

An international team of researchers led by The Australian National University (ANU) has invented a tiny camera lens, which may lead to a device that links quantum computers to an optical fibre network.

Quantum computers promise a new era in ultra-secure networks, artificial intelligence and therapeutic drugs, and will be able to solve certain problems much faster than today’s computers.

The unconventional lens, which is 100 times thinner than a human hair, could enable a fast and reliable transfer of quantum information from the new-age computers to a network, once these technologies are fully realised.

The device is made of a silicon film with millions of nano-structures forming a metasurface, which can control light with functionalities outperforming traditional systems.

“It is the first of its kind to image several quantum particles of light at once, enabling the observation of their spooky behaviour with ultra-sensitive cameras,” said Associate Professor Sukhorukov, who led the research with a team of scientists at the Nonlinear Physics Centre of the ANU Research School of Physics and Engineering.

Kai Wang, a PhD scholar at the Nonlinear Physics Centre who worked on all aspects of the project, said one challenge was making portable quantum technologies.

“Our device offers a compact, integrated and stable solution for manipulating quantum light. It is fabricated with a similar kind of manufacturing technique used by Intel and NVIDIA for computer chips.” he said.

The research was conducted at the Nonlinear Physics Centre laboratories, where staff and postgraduate scholars developed and trialled the metasurface camera lens in collaboration with researchers at the Oak Ridge National Laboratory in the United States and the National Central University in Taiwan.