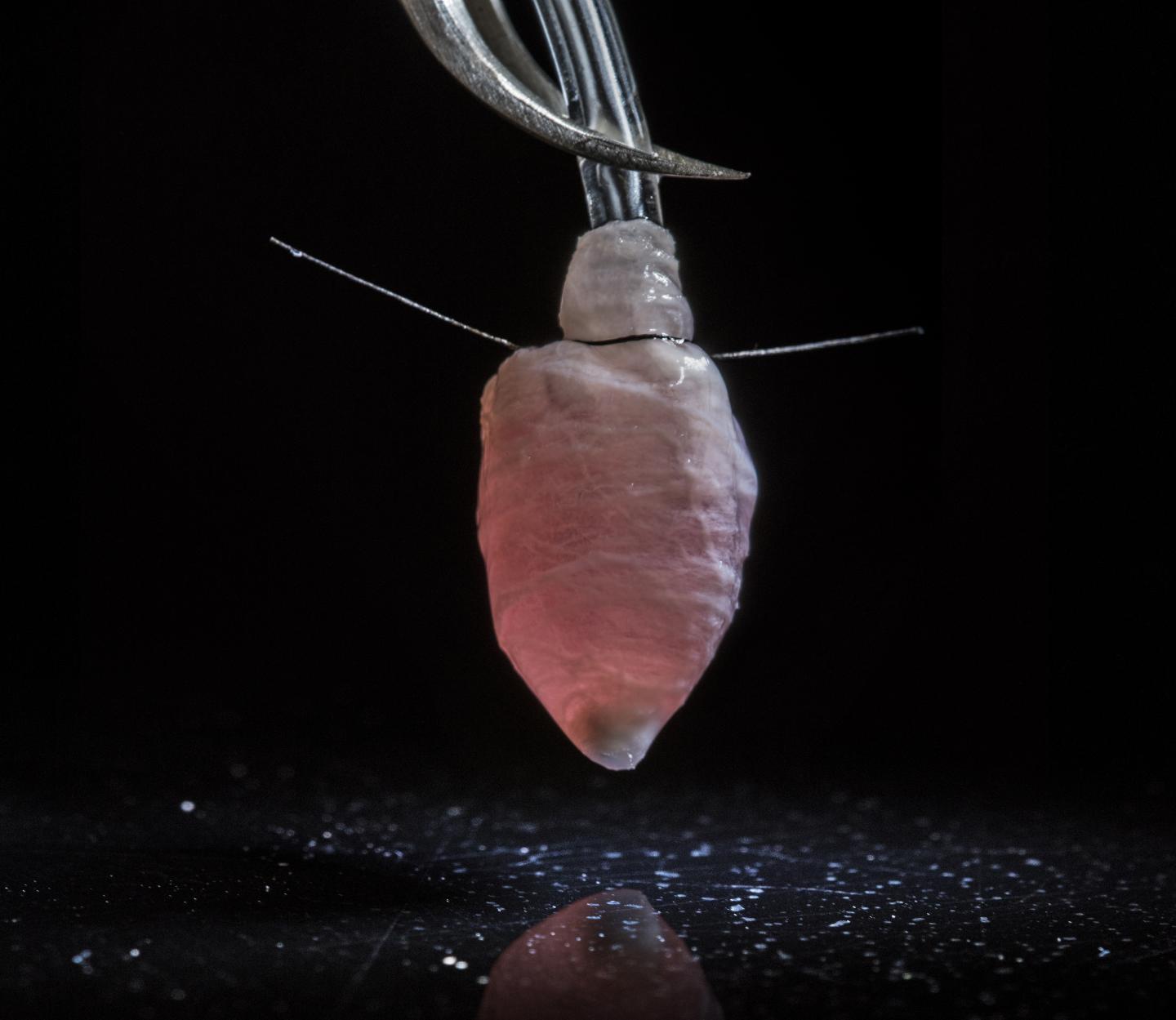 This three-dimensional model of a left heart ventricle was engineered with a nanofiber scaffold seeded with heart cells. It could be used to study diseases, test drugs and develop patient-specific treatments for heart conditions such as arrhythmia.

A new tissue engineered 3D model of the human heart produces life-like beats and could survive in the lab for months, giving scientists ample time for new research.

Researchers from Harvard University have bioengineered a working 3D model of a human heart’s left ventricle. The discovery could enhance how diseases are studied, drugs are tested and lead to patient-specific treatments for various heart ailments, including arrhythmia.

“The long-term objective of this project is to replace or supplement animal models with human models and especially patient-specific human models,” Luke MacQueen, first author of the study and postdoctoral fellow at Harvard John A. Paulson School of Engineering and Applied Sciences  (SEA) and Wyss Institute for Biologically Inspired Engineering at Harvard, said in a statement. “In the future, patient stem cells could be collected and used to build tissue models that replicate some of the features of their whole organ.”

The researchers recreated the tissue’s unique structure— where parallel myocardial fibers act as a scaffold to guide brick-shaped heart cells to align and assemble end-to-end and form a hollow, cone-shaped structure. When the heart beats, the cells expand and contract.

The new tissue is engineered using a nanofiber scaffold that is seeded with human heart cells and acts like a 3D template to guide the cells and their assembly into ventricle chambers that beat in vitro.

The researchers used a nanofiber production platform called pull spinning, which uses a high-speed rotating bristle that dips into a polymer reservoir and pulls a droplet from the solution into a jet, to recreate the scaffold. The fiber travels in a spiral trajectory and solidifies before detaching from the bristle and moving toward a collector.

The team made the ventricle using a combination of biodegradable polyester and gelatin fibers that were collected on a rotating collector shaped like a bullet. All of the fibers align in the same direction because the collector is spinning.

“It is important to recapitulate the structure of the natural muscle to obtain ventricles that function like their natural counterparts,” MacQueen said. “When the fibers are aligned, the cells will be aligned, which means they will conduct and contract the way that native cells do.”

The researchers then cultured the ventricle with either rat myocytes or human cardiomyocytes from induced stem cells and found that within three to five days, a thin wall of tissue covered the scaffold and the cells were beating in synch.

This allowed the researchers to control and monitor the calcium propagation and insert a catheter to study the pressure and volume of the beating ventricle.

The researchers exposed the tissue to a drug similar to adrenaline called isoproterenol and measured as the beat-rate increased.  They also poked holes in the ventricle to mimic a myocardial infarction and studied the effect of the heart attack in a petri dish.

They were able to culture the ventricles for six months and measure stable pressure-volume loops.

“The fact that we can study this ventricle over long periods of time is really good news for studying the progression of diseases in patients as well as drug therapies that take a while to act,” MacQueen said.

Using this new model, researchers could study the heart’s function using many of the same tools already being used in the clinic, including pressure-volume loops and ultrasound.

The researcher’s next hope to use patient-derived, pre-differentiated stem cells to seed the ventricles, allowing for more high-throughput production of the tissue.

The study was published in Nature Biomedical Engineering.