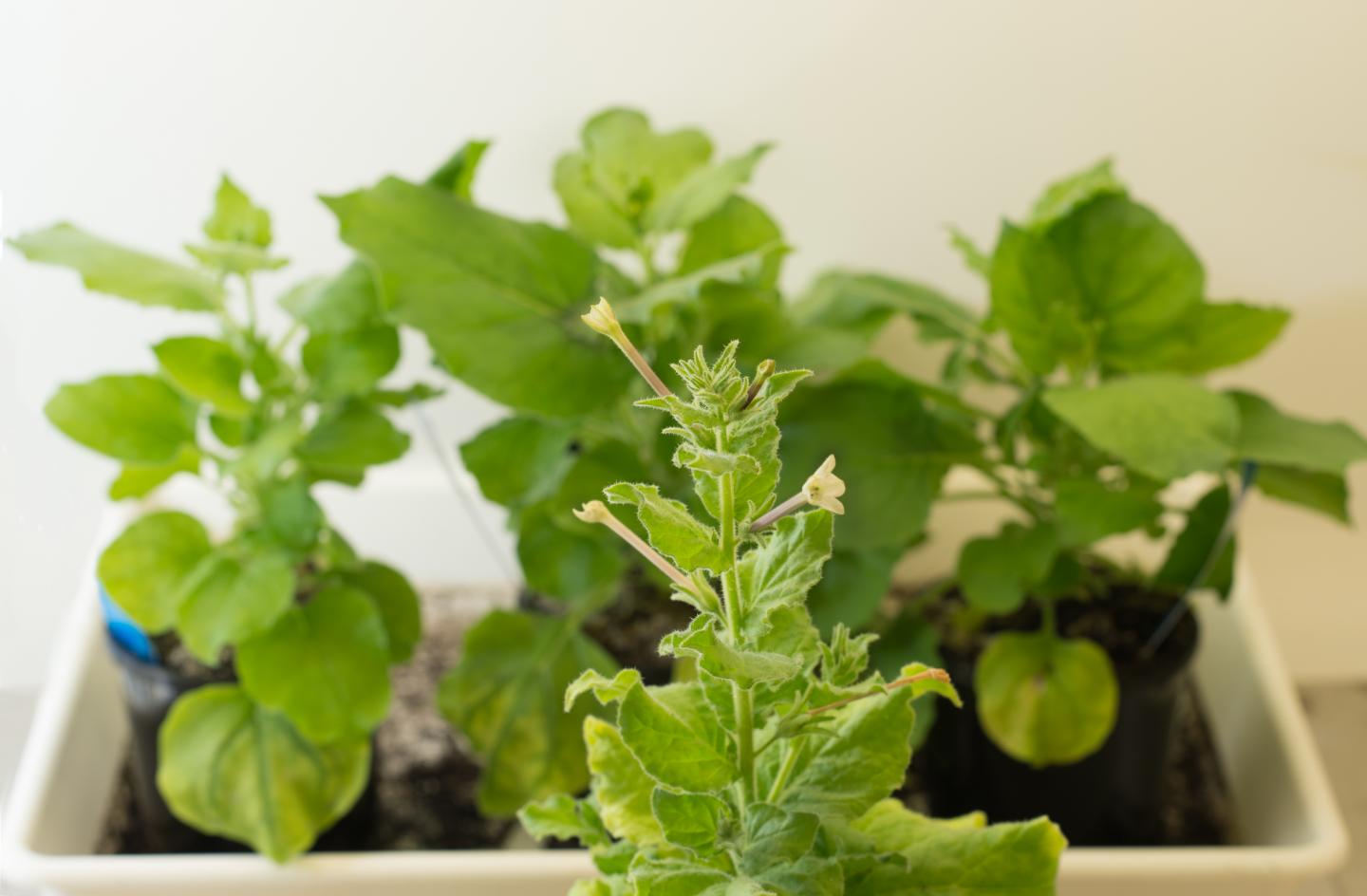 Queensland University of Technology (QUT), Australia, is the sole international cooperation partner in an AUD$10.5 million European project to develop new tobacco varieties that can be used as biofactories for pharmaceuticals and vaccines.

These tools would be used to create high-value, non-smoking tobacco varieties to become factories producing molecules and proteins for life-saving drugs and vaccines.

“This project looks to provide tobacco plants which are efficient biofactories and which can be farmed, providing an alternative to farming of traditional tobacco,” Dr Mortimer said. “Tobacco varieties that are potential life-savers.

Traditional tobacco is in decline around the world, and this presents social problems in many rural areas where communities and farmers’ livelihoods have been built around the crops.”

Dr Mortimer said QUT was invited to collaborate largely because of the work of Molecular Genetics Professor Peter Waterhouse, also from the Centre for Tropical Crops and Biocommodities, and his team in sequencing the genome of Australian native tobacco plant Nicotiana benthamiana.

Known as the Pitjuri plant by indigenous Australians, N. benthamiana is considered the research ‘lab rat’ of the molecular plant world, used globally by geneticists as an experimental host in plant virology.

N. benthamiana is also increasingly becoming a biofactory for recombinant proteins for medicine, industry and research. It was used to produce ZMapp, the antibody cocktail administered during the 2015 Ebola outbreak, and is currently being tested for production of an array of pharmaceutical proteins, from viral vaccines to therapeutic treatments for breast cancer and non-Hodgkin lymphoma, autoimmune diseases and fungal infections.

Professor Waterhouse’s team has traced the history of the lab strain of the native plant and found it grows near the Western Australian and Northern Territory border and its seeds were sent by an Australian scientist to America in 1939, passing from lab to lab ever since. The native plant genome has nearly 60,000 genes, twice the number of an ordinary plant.

Professor Waterhouse said QUT researchers have sequenced about 85% of those genes and shared the information through an open source website. A further 11% of the genes have been partially sequenced, while the remaining 4% are yet to be identified.

“Collaboration in the Newcotiana project will allow us to have 100% of the plant’s genome sequenced,” Professor Waterhouse said.

“Through the project we will have access to state-of-the-art sequencing and assembly technologies to make a more accurate map of the genome, and we will be able to deliver this to the consortium and whole scientific community though the website resource we have already established.

“If you have the whole genome sequenced, you know what you are dealing with, and you can achieve greater precision in the applications with that information.”

Professor Waterhouse and his team have a collection of different, ‘wild’ N. benthamiana from around Australia, and have partially sequenced the genomes of these plants.

“We have discovered that there are even more genes represented in these ‘wild’ variants than in the lab plant,” he said.

“We think there is a great untapped resource with these variants that offers even more possibilities. It is very exciting.”