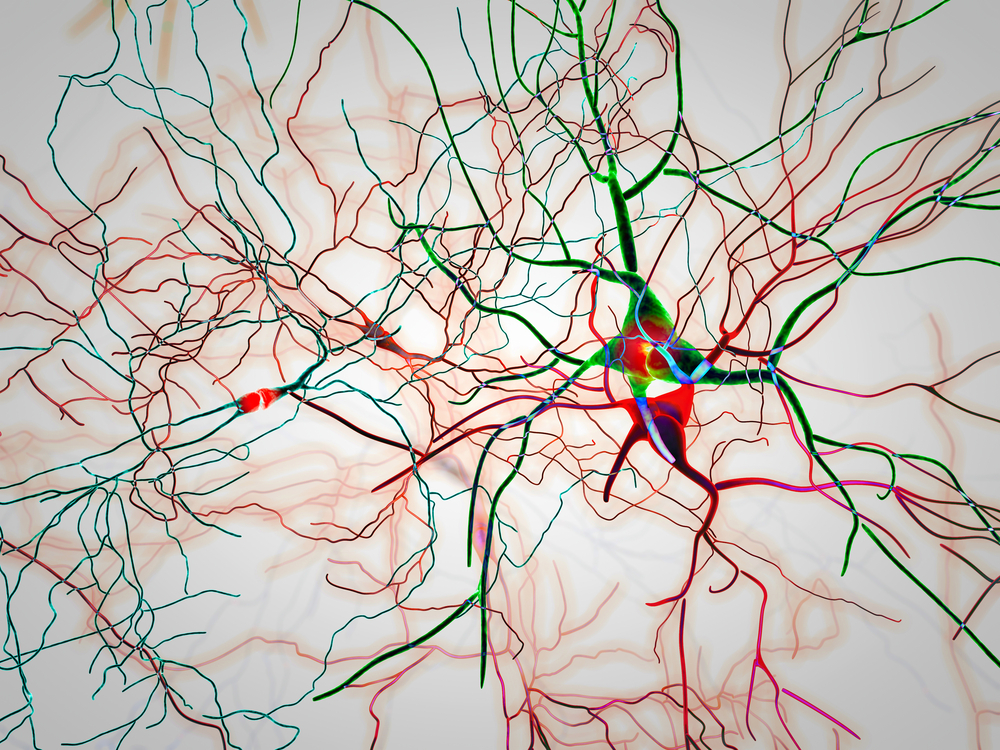 As neurodegenerative disorders such as Parkinson’s and Alzheimer’s disease progress, misfolded proteins clump together in neurons, recruiting normal proteins in the cell to also misfold and aggregate. Cells in which this occurs degenerate and eventually die. Being able to keep an eye on the whereabouts of these corrupted proteins is key to unraveling these diseases and developing cures.

A team of researchers has now developed a set of tools to observe, monitor and quantify how misfolded proteins associated with Parkinson’s disease enter neurons in laboratory cultures and what happens to them once they’re inside. The results will be published in the Aug. 11 issue of the Journal of Biological Chemistry.

Alpha-synuclein is a protein found in all neurons, where it is thought to be involved in regulating neurotransmitter release. Incorrectly folded alpha-synuclein sticks together, forming fibrous deposits called amyloid fibrils. These are the main components of Lewy bodies, the masses seen in the neurons of Parkinson’s patients.

In 2011, Virginia Lee’s group at the Center for Neurodegenerative Disease Research at the University of Pennsylvania showed that if lab-produced alpha-synuclein fibrils were added to neurons growing in a dish, the neurons would develop Lewy bodies and display other symptoms of neurodegeneration. This study and others hinted that misfolded alpha-synuclein could spread from cell to cell, rather than forming anew in every individual cell. However, there was no way to directly observe the initial steps of alpha-synuclein fibrils entering cells.

“Our understanding of neurodegenerative disease — or even the normal function of the healthy brain, for that matter – is limited by the techniques we currently have at our disposal,” said Richard Karpowicz Jr., a postdoc in Lee’s lab who led the new study.

Karpowicz devised a simple but sensitive method to visualize alpha-synuclein fibrils entering cells. First, he cultured neurons and synthesized alpha-synuclein fibrils tagged with fluorescent proteins. Next, he put the cells and fluorescent fibrils in a dish together. Then he added a dye, called trypan blue, that turns off fluorescent tags. Importantly, this dye cannot pass through intact cell membranes, which means it cannot turn off tags that are already inside cells. Once he added the dye, the glowing fibrils outside of cells turned off, but the ones that had already entered the cell continued to glow, allowing him to visualize and count the internalized fibrils.

Furthermore, in collaboration with E. James Petersson’s research group in the Department of Chemistry at the University of Pennsylvania, the researchers also developed fibrils labeled with long-lasting fluorescent tags that were either sensitive or insensitive to acidity. Based on whether the fluorescence was visible, the researchers could determine when the fibrils entered acidic compartments in the cell, allowing them to deduce the cellular processes that acted on the fibrils.

Using these methods, the team was able to gain several insights into the fate of fibrils entering cells. They found that fibrils were actively engulfed by the cell membrane and transported to the lysosomes, the cell’s waste disposal compartment, where most of the fibrils remained for days. “It’s amazing how much the cell is able to sequester,” Karpowicz said. But despite the cells’ best efforts, some fibrils found their way out of the lysosomes and induced protein aggregation.

When the researchers added chloroquine to the cells to inhibit lysosomal activity, more and more of the native alpha-synuclein was recruited to form aggregates. Lysosomal dysfunction is often observed in patients with neurodegenerative diseases. “We know that some of [the pathological proteins], somehow, get out of the lysosomes,” Lee said. “But we don’t know how that happens.”

But being able to accurately quantify the amount of fibrils taken up will allow researchers to rapidly screen potential pharmacological compounds that could one day be used to stop the spread of the corrupted proteins in a patient. “Once you can look at [fibril] uptake into the cell, and quantify how much is inside the cell, then you can add small molecules to it to see if you can reduce uptake,” Lee said. “It’s really a simple assay and doesn’t take very long.” Karpowicz added that looking at genetic variation in these uptake pathways could provide hints as to why some people are more susceptible to the disease than others.